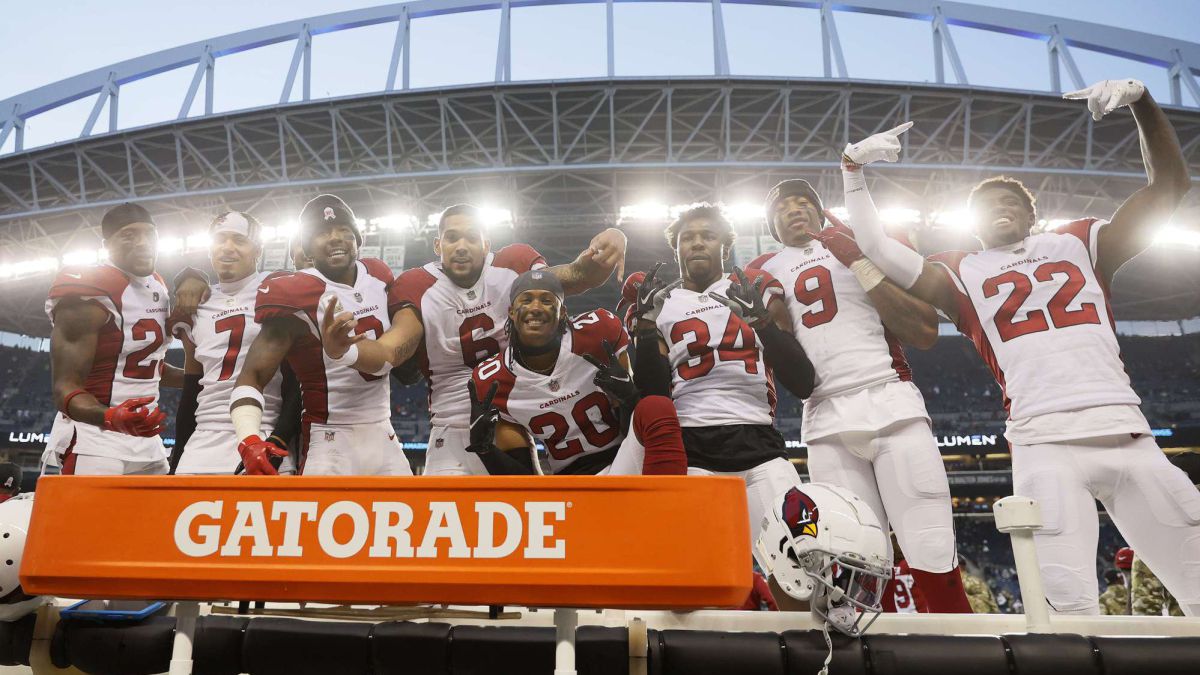 At the end of a week in which only six home teams won in 15 games, the panorama in the classification once again undergoes changes in its structure.

As if it were a mold fungus that appears when you do not expect it, the Arizona Cardinals return to the first position of the POWER RANKINGS taking advantage of the surprise slip suffered by the Tennessee Titans and the Green Bay Packers.

The 2021 season is on a fine line to describe it. With so many unexpected results, optimists will be able to say that the league has finally reached parity across most of its core, while pessimists point out that there is no real team with the caliber to label it the next Super Bowl champion. What is a constant are the continuous changes in the upper and middle part of the structure. The NFL is so hectic.

The team is 2-1 without Kyler Murray and entrusting the offense to Colt McCoy who has taken it upon himself to keep the pulse of coach Kliff Kingsbury’s offense. McCoy threw for 328 yards and two touchdowns on 44 passes for Seattle. The sun rises again in the desert.

An 11-yard race in which Tom Brady looked like Lamar Jackson seems to be the clear sign that the champions of the past Super Bowl, removed the rust that produced the losses against Saints and WFT. Brady has already surpassed 3,000 yards through the air, his nineteenth season in which he has done so.

How did the Chiefs get to this position after such a disastrous start? Four consecutive victories and especially the adjustment in their defense, momentarily catapult them as the best team in the AFC. The defense stopped Dallas’ powerful attack.

The team continues to win with either solid or ugly wins like last weekend. John Harbaugh is finding ways for this team to succeed and forget about mishaps like the one that happened 15 days ago against the Dolphins.

A familiar face sits atop the AFC East after handing the Falcons their first shutout at home since 1988. The Patriots defense has allowed just 13 points in the last 13 games. With those numbers, rookie Mac Jones can do his job when he has the ball.

The Los Angeles team had a weekend off to enjoy the beaches of Southern California and get back on track.

Aaron Rodgers threw for 385 yards and four touchdowns against Minnesota, his highest this season and that he did with a toe injury. However, the Packers had a slow start that cost them the game against Vikings.

This team can win and lose to anyone. After they rose to the top 7-0 against teams that played in the postseason last year, the Titans fell to the Texans, the worst team in the AFC. Against the Houston defense, Ryan Tannehill suffered four interceptions, the most of his career.

Amid several Covid casualties, including star wide receiver Amari Cooper, Dallas’ offense was very easy for the Chiefs to contain. A game that seemed like an immediate classic of the league, was dominated by Kansas City leaving the Boys in a bad way. They now have a short week to prepare for the traditional Thanksgiving party.

Five of the Chargers’ six wins this season have been comeback in the fourth quarter. They held the score for most of the game against the Steelers and when it seemed like the win was slipping away, they came from behind to win.

Jonathan Taylor’s performance against the Bills helped the Colts have their strongest win of the season. The team is 5-1 in its most recent six meetings, including wins over Buffalo and San Francisco.

Kirk Cousins ​​threw for 341 yards and three touchdowns to help the Vikings stay one step ahead of Rodgers for most of the afternoon. The 5-5 record does not do justice to Minnesota that in the five losses it has suffered, it has barely been outscored by 18 points overall.

The Bengals came out of their bye week and snapped a two-game winless streak to return to the AFC North race.

They were supposed to be one of the strongest defenses but Jonathan Taylor undressed them with five touchdowns. The team seems not to be mentally strong because when they go down on the scoreboard, they don’t know how to come back this season.

Nick Chubb helped keep the Browns from giving the Lions their first victory and thereby making a fool of themselves. Cleveland managed to finally get out of the match against the worst team in the NFL.

Ben Roethlisberger threw for 273 yards and three touchdowns for Pittsburgh after missing last week’s game against Detroit because he tested positive for Covid, but the defense could not withstand the final onslaught from the Chargers.

Jimmy Garoppolo threw two touchdown passes for the third straight game, and the 49ers dominated Jacksonville 30-10 on Sunday for their third win in four weeks.

They lost their third straight game since their bye week when they lead the AFC West. The Raiders failed to convert in their first six third-down attempts against the Bengals.

Week off after suffering a painful loss to the Eagles 15 days ago.

Terry McLaurin had five receptions for 103 yards and a touchdown with a Washington offense that, as previously unseen, racked up 369 yards of offense.

Christian McCaffrey combined for 119 yards from scrimmage and a touchdown but they weren’t enough to help the win as Cam Newton returned to the Panthers’ start.

It seems like a long time ago, but Week 11 opened with a Patriots shutout of the Falcons, their first since 1988.

A week after an impressive win over Baltimore, the Dolphins overcame some penalties to defeat the Jets and hit a three-game winning streak.

The Seahawks lost their second straight game and for the fifth time in the past six games. His offense was lousy, his defense too.

There was little they could do Monday night against Tom Brady and the Buccaneers. The caliber of New York does not give it to compete with the teams of the upper part.

After a week off, things took another turn for this organization that gave the biggest surprise by beating the Titans, who entered the day as the best team in the AFC and NFL.

The Bears lost their fifth straight game. There is no more to say.

The Jaguars finished with 200 yards on 44 plays, tied for the fifth-fewest in franchise history. It was a long day against San Francisco.

Joe Flacco made his first start in place of the injured Zach Wilson, who missed his fourth straight game. The Jets defense was coming off allowing 45 points in three of their last four games and while they looked better, they couldn’t help beat Miami.

The Lions couldn’t build on the momentum of their 16-16 tie a week ago in Pittsburgh and remain without a win this year.