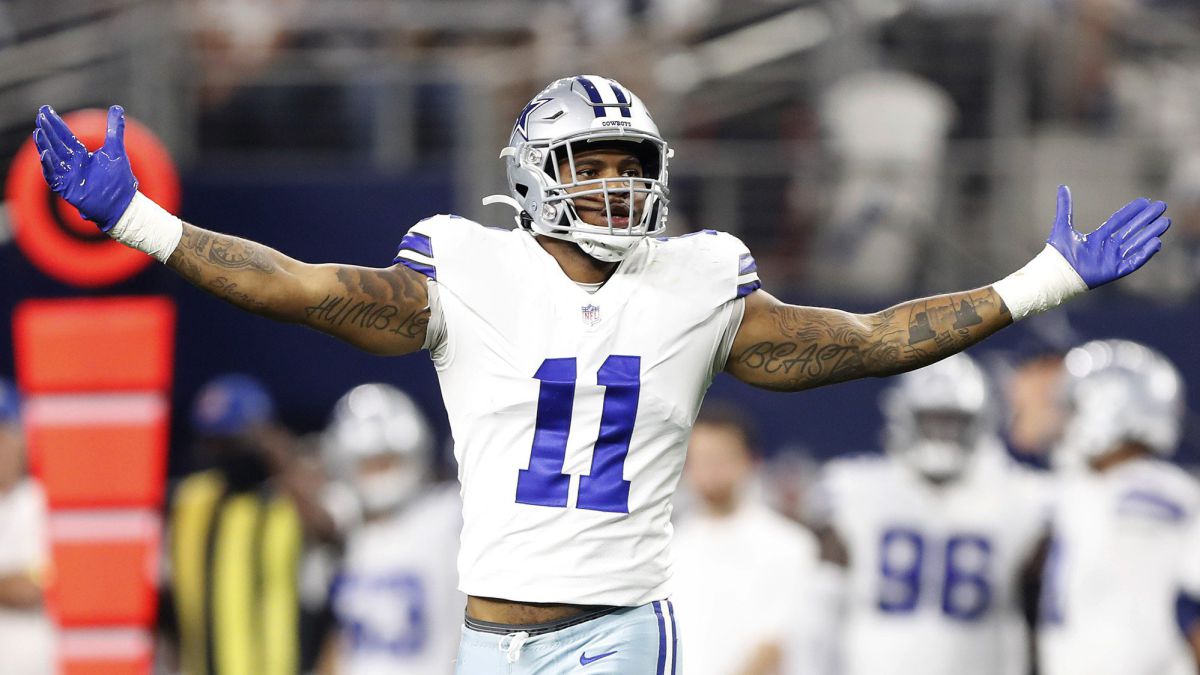 It’s rare to get to Week 17 and know that we still have this and another round of the regular NFL schedule.

Because – a kind reminder – we are in the first season in league history with 18 weeks and 17 games per team.

Tickets to the Playoffs are sold out, particularly in the NFC, where five of the seven invitations to the dance already have owners: Green Bay, Dallas, Rams, Tampa Bay and Arizona. At the moment, San Francisco and Philadelphia are ranked 6th and 7th, respectively, which means they control their destiny.

In fact, the Eagles lock up a playoff berth if they beat Washington and lose the Vikings, 49ers and Saints.

In the AFC things are more open, with the Kansas City Chiefs the only classified after 16 weeks.

Tennessee secures the South Division title if it defeats Miami or Indianapolis loses to Las Vegas.

The Titans qualify if they lose the Chargers (vs. Broncos), Ravens (vs. Rams) or Patriots (vs. Jaguars).

The Colts return to the Playoffs if they defeat the Raiders, although Carson Wentz, Indianapolis’s starting quarterback, will not play because he was placed on the COVID-19 list.

Cincinnati ties the crown in the North if it can beat Kansas City at home.

The Patriots will play the postseason if they defeat Jacksonville and lose to the Raiders or Miami.

Dallas’ merciless beating of Washington raised wild enthusiasm in the Cowboys fans. It is normal, but I would ask you to calm down.

Competition counts, and their most recent four wins have been against New Orleans, WFT (twice) and the Giants. We will not see any of those teams in the Playoffs.

It is true that Dallas’ defense has improved a lot and it seems like seeing it against a team with more money, just like this week’s rival.

Midway through the season, the Cardinals looked like Super Bowl material, but injuries have diminished them and they have lost three in a row, and five of the last eight. The quarterback Kyler murray he missed three games and since he returned he has not been able to regain the level that we know him.

DeAndre Hopkins has been absent for five weeks, including the most recent two, and without him Murray has had to rely on Christian kirk and veterans AJ Green Y Zach Ertz.

Murray has only been sacked 25 times this season, but the Dallas defense has been characterized by its aggressiveness when it comes to attacking passers and has 37 sacks, 13 of them from Micah Parsons, who has already earned the recognition as Defensive Rookie of the Year.

In addition, on the perimeter the Cowboys have the cornerback Trevon diggs, league leader in interceptions with 11 and co-leader with 21 passes defended (JC Jackson, Patriots).

The ample triumph of last week also served so that Dak prescott regain confidence. After three mediocre games, the Cowboys quarterback broke out with a 71.8% ERA, 330 yards, four touchdown passes and zero interceptions.

Against Arizona it won’t be that easy. The Cardinals defense is eighth in yards and fifth against passing (210.7 yards per game).

Markus Golden (11 and Chandler jones (9.5) combine for 20.5 of the defense’s 38 quarterback sacks, which will likely be struggling to slow down Dallas’ running game to test whether Prescott did come out of the slump.

The Cowboys lead the NFL with 30.5 points per game and 33 exchanges.

The pick: Arizona has the league’s best road record (7-1), but the Dallas defense will make more big plays and put the team back on track. Jerry jones in the category of contender in the NFC. Cowboys 29-20 Cardinals

Last week at Foxborough, the Bills finally looked like a contender. Buffalo 34-19 Atlanta

I said it last week: the Lions only win the ones they aren’t supposed to win. Detroit 29-27 Seattle

John Harbaugh’s team risks its life against one of the contenders in the NFC. Rams 31-21 Ravens

The Bears remembered very late that they had Nick Foles. Chicago 23-13 Giants

Don’t expect 500 yards from Joe Burrow against the Kansas City defense. But don’t rule out surprise either. Chiefs 29-27 Bengals

With or without Carson Wentz, this game is won by the Indianapolis offensive line. Colts 28-20 Raiders

Losses to Indianapolis and Buffalo broke the Patriots’ campaign, but to regain confidence, nothing better than Trevor Lawrence and the Jaguars. New England 31-17 Jacksonville

So many injuries and COVID-19 cases have depleted the champions, but even with the second team they would win this game. Buccaneers 28-14 Jets

The Chargers are suitors and underachievers, but at least they have their franchise quarterback. LAC 28-19 Broncos

In the rookie quarterback duel, it’s Davis Mills (and not Trey Lance) to watch, because Houston made a steal in the 2021 Draft. 49ers 23-20 Texans

The Saints should urge Drew Brees to consider coming out of retirement. New Orleans 19-10 Carolina

Another solid performance from Aaron Rodgers and no one takes away his second consecutive MVP and fourth in his illustrious career. Packers 27-20 Vikings

Los Angeles Rams vs. Baltimore OVER 46.5

Jacksonville vs. New england OVER 41.5

Miami vs. Tennessee UNDER 41