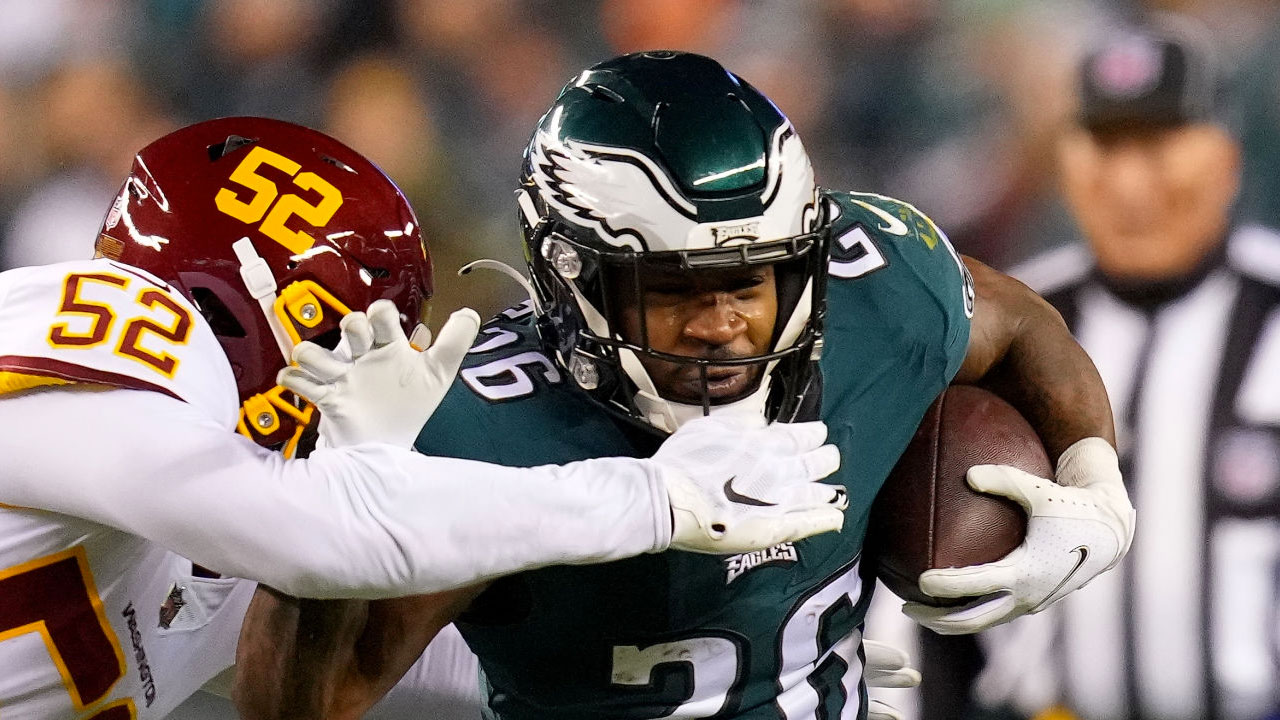 The 2021 NFL Season of the Philadelphia Eagles was dominated by the bipolar character that the team showed on the field of play. Their start to the campaign was clearly disconcerting, but an exceptional end to the year managed to get them into the playoffs. However, they failed to prevail beyond the Wild Card Round and will now need to improve in many areas of the game if they are to break out of mediocrity and become Super Bowl contenders in the short term.

The expectations of the Eagles for the 2021 campaign were not very high, considering that they were coming from a 2020 where they finished with a record of 4-11-1 and in last place in the NFC East. However, they started off on the right foot by defeating the Falcons 32-6 with a spectacular performance from QB Jalen Hurts as he threw for 264 yards and 3 TDs. The win gave Philadelphia hope, but it was quickly dashed by losing the next three games to the 49ers, Cowboys and Chiefs.

For Week 5 they defeated the Panthers 21-18 almost at the last minute, but the real news came in Week 6, and that is, in addition to being defeated by the Buccaneers, that was the last game that TE Zach Ertz played. with the franchise before being sent to Arizona. Although the offense is not so strange because they stayed in good hands with TE Dallas Goedert, it meant goodbye to an era, since Ertz was playing his ninth professional season with the Eagles.

Later, after two losses against the Raiders and Chargers, but with a beating in favor of Detroit, Philadelphia was 3-6 in the year and it seemed that everything would come downhill, but from there, it changed. the mind chip They started with two wins in a row over the Broncos and Saints before falling by surprise against the Giants, a stumbling block that only made them stronger since after that disaster they won four times in a row, over the Jets, Washington (twice) and Giants .

Thanks to the above, the Eagles were positioned with a 9-7 mark, already classified for the postseason. Therefore, for Week 18 headlines rested, and the least of it was getting a brutal humiliation against the Cowboys 51-26 with QB2 Gardner Minshew II in command of the offensive controls.

The final record of 9-8 earned them to classify as seventh place in the NFC postseason, where they paid the price of their inconsistency, because in the Wild Card Round they faced Tampa Bay, who closed the year with 13-4 and won effortless to enter the Divisional Round.

That sad afternoon was the farewell of the Eagles of the 2021 Season, suggesting that, although they deserve credit for the drastic turn they gave their campaign at the hands of the first-year HC, Nick Sirianni, they are still far from being an elite team in the NFL. However, players like CB Darius Slay, DE Josh Sweat, or DT Javon Hargrave give reason to believe that Philadelphia’s 2022 could be better by having very good foundations, especially defensively.

Philadelphia’s MVP of the 2021 Season

The Alabama alum, who came to the Eagles as the 10th overall pick in the 2021 Draft, quickly became the deadliest weapon in the organization’s passing game, finishing with 916 receiving yards and 5 TDs. At first glance, these are not stratospheric numbers, but considering that Philadelphia, with Hurts in the shipments, was the fourth worst team in average yards thrown per game (210.9), DeVonta Smith deserves total respect for finishing his rookie season with higher statistics. how solid.

The Eagles’ honorable mention of the season is their running back corps. RB Miles Sanders, in just 12 games, rushed for a total of 754 yards, making him the runner with the most rushing yards in 2021 who didn’t cross the end zone on any occasion. For his part, RB Jordan Howard finished with 406 yards and 3 TDs, RB Boston Scott did the same with 373 yards and 7 TDs, and, finally, rookie RB Kenneth Gainwell recorded 253 yards and 5 TDs. It’s no coincidence that Philadelphia was the best in average rushing yards per game in 2021 (159.7).

The best moment of the 2021 Eagles season

In Week 11, at home, the Eagles completely dismantled the Saints. The final score indicates that Philadelphia came out victorious 29-40, but the reality is that they were up on the board even 7-33 at the end of the third quarter, and New Orleans only managed to make the result decent in the last period. . Jalen Hurts shone that day with 216 scrimmage yards and 3 rushing TDs, while kicker Jake Elliott accounted for 16 total points on all four of his field goal attempts and four extra points.

This victory for the Eagles at Lincoln Financial Field later represented their eventual access to the postseason, as they finished as the seventh seed in the NFC with a record of 9-8, exactly the same as New Orleans, who finished in the eighth position of the National Conference, but out of the Playoffs due to the fact that the Eagles had the tiebreaker in favor.

The worst moment of Philadelphia’s 2021 season

The Eagles’ prize for having won six of their last eight regular season games was to enter the 2022 Playoffs, however, in the Wild Card Round they met a Buccaneers who made it very clear that Philadelphia is far from being a real NFL title contender. That afternoon at Raymond James Stadium, Tampa Bay led 0-31 at the end of the third quarter of a game that had already been decided.

Now it was the Eagles who made the board decent by going up 15 unanswered points in the last period of the game, but it didn’t help them much. Jalen Hurts finished with 23 of 43 completions for 1 TD and 2 INT in another of his inconsistent performances that do not end up convincing either insiders or outsiders that he is the future of this franchise. But, in addition, the team’s running game was also neutralized: Boston Scott had only 34 yards, while Miles Sanders had 16.

What is expected of the Eagles in the 2022 Season?

The bottom line is a Jalen Hurts buff. His versatility offers good weapons for the Eagles, but this offseason he should focus on improving his passing game, as last year he only had 3,144 passing yards, which is hardly even a Top 20 among NFL quarterbacks. Another obvious point would be to take advantage of the fact that they have 3 first-round picks in the 2022 Draft so that, with at least one selection, they bring a wide receiver to pair with DeVonta Smith, because Philadelphia’s WR corps is not the most talented at the moment.

They must also define the future of LT Andre Dillard. With Jordan Mailata having signed an extension the previous September, Dillard could be a vital trade piece to be sent to a team looking for a starting left tackle. Finally, considering that via Over The Capfor the upcoming offseason the Eagles are projected to have $20 million in space capthe team has no excuses not to incorporate elements to at least get past the first round in the Playoffs.