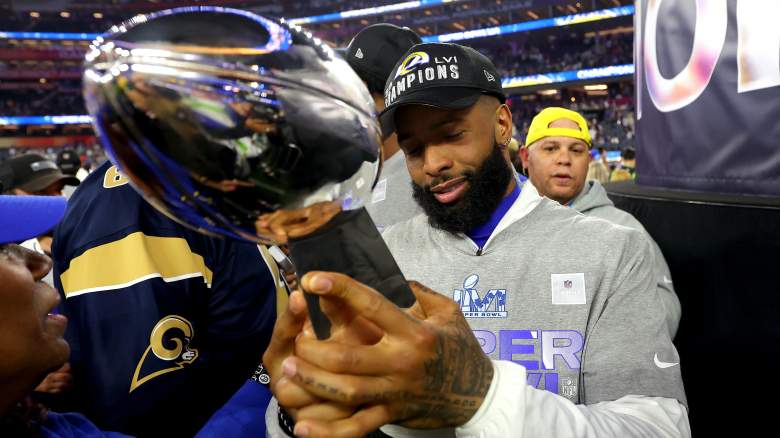 he New England Patriots could still improve their passing game, and Las Vegas seems to think Bill Belichick still has a move up his sleeve.

New England was able to acquire DeVante Parker via trade this offseason. The move gives Mac Jones a serious weapon that can unlock defenses with his great playing ability.

Parker is coming off a 2021 in which he had 40 receptions for 515 yards and two touchdowns. He will seek to show that with his new team he can once again be a great receiver like he was in 2019 when he had 72 receptions for 1,202 yards and nine touchdowns.

But New England appears to be in the market for one more wide receiver. According to Bovada, the Patriots are the favorites to win the Odell Beckham Jr.

A big fan of Bill Belichick

Beckham has talked about taking on Belichick in the past. It’s clear that the wide receiver has great respect for the head coach.

“Against Bill Belichick, he’s someone I respect a lot,” Beckham said in 2019. “I’ll probably talk to him before and after the game. He tells me the same thing every time, it’s like: ‘I hope you enjoy today because there won’t be much for you. That is what he has told me and that is what he does every time. It’s hard. He will train him and they will be ready and prepared.”

“To go to Belichick, there’s no, ‘How is this going to work?’ Beckham told Newton. “For me, all he wants to do is put you in a place to be successful, and I’m happy to see him.”

What could OBJ do in New England?

Beckham is coming off a 2021 season that had its ups and downs. The wide receiver began the season with the Cleveland Browns and was traded to the Los Angeles Rams.

Beckham also got what was previously elusive in his NFL career, a Super Bowl ring. The wide receiver was able to put together two catches for 52 yards and a touchdown before leaving the game with a knee injury. It was later revealed that Beckham suffered an ACL injury.

Beckham is 29 years old and just two years away from a 1,000-yard season. Still, recovering from an ACL injury is hard enough. Julian Edelman never seemed to be the same player after suffering a non-contact knee injury in 2017.

But after his performance with the Rams in 2021, the risk could outweigh the reward for New England. Belichick is known for reinvigorating careers, and Beckham could be another one. Just last season, Patriots fans watched Kendrick Bourne have a breakout season with New England. Bourne had 55 receptions for 800 yards and five touchdowns in 2021.

If Vegas is right, Belichick and Beckham will work together in 2022 and Jones will have some great passes to throw at in his second NFL season.