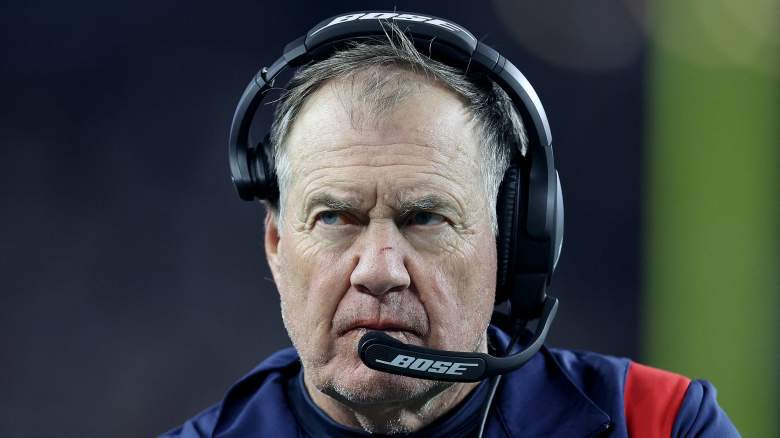 The 28-year-old battled injuries in 2019 and 2020 that forced him to miss both campaigns. However, he came back strong in 2021 appearing in 16 of 17 games. He made 10 total tackles and played in 75% of New England’s special teams snaps, which was the most of his NFL career.

The player-coach bond between Belichick and King has been evident for years. Belichick trusted King to cut her hair for charity in March 2021.

When asked how many Patriots players would report to OTAs before last season with COVID-19 concerns playing a role in the NFL’s challenging start to the 2021 campaign, King memorably said, “Yes, Bill. [Belichick] tells me to report, I’m reporting,” according to Ben Volin of the Boston Globe.

Patriots players and many in the league have a tough choice. NFLPA tells you today not to attend volunteer OTAs. Belichick told them last week to report to Foxborough on April 19.

Special team member Brandon King said yesterday, “If Bill tells me to report, I will.”

Even in King’s rookie NFL season in 2015, when the Patriots signed him as an undrafted free agent from Auburn, the linebacker showed appreciation for Belichick as he went through the draft process.

According to ESPN’s Mike Reiss, King said, “Coach Belichick ended up coming to our pro day. That was great, especially for a great coach like that. I don’t know if you see that a lot with the NFL process, but it was the first time I saw it.”

During King’s time in New England, he contributed to two Super Bowl championship teams and established himself as one of the best pure special teams players in the NFL.

Are the Patriots over on the free agent market?

As far as flashy moves go, the Patriots and most NFL teams are probably done until training camp starts. There will likely be some cap casualties just before the season starts, and that frenzy could lead to some notable signings.

The Patriots also continue to be considered a potential landing spot for Odell Beckham Jr. According to Bovada, the Patriots are the betting favorites to ink the former Pro-Bowler. With the Patriots acquiring DeVante Parker in a trade with the Miami Dolphins last month, and the chances of the team adding more weapons in the passing game in the draft, New England could have a lot more options for Mac Jones in his second season. .

What could be the main focus of the Patriots in the NFL Draft?

The wide receiver position is getting the most attention in the fan base and local media, but New England might need a starting-level cornerback even more than they need another wide receiver.

The Patriots might have to turn to Malcolm Butler as their No. 1 corner if they don’t find a more suitable replacement for JC Jackson.

New England lost Jackson to the Los Angeles Chargers in free agency and now they have a seemingly huge hole in that area of ​​their defense. Prospects like Trent McDuffie and Kyler Gordon are possibilities along with others.

If pressed to make a decision on which position to shore up in the NFL Draft, the Patriots’ primary focus should be the corner. There will be other options to improve the wide receiver position. Otherwise, Belichick would be wise to simply select the best available player for the remaining picks.