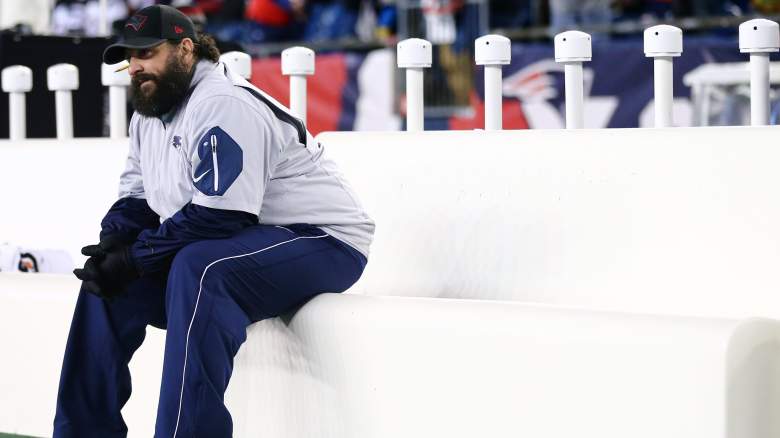 he acquisition of DeVante Parker was a boost to the New England Patriots’ passing game as they prepare for the 2022 NFL season.

Director of player personnel Matt Groh met with the media on Friday and when asked about the Parker trade, he credited coach Matt Patricia for being vigilant in terms of going after the wide receiver.

“Certainly, it all started on their side adding a different player and then where they were with their wide receiver room,” Groh said on Zoom, referring to the Miami trade for Tyreek Hill. “And then having the opportunity to add a great player to our roster.

“They weren’t going to be able to keep everyone, and when a player was available, I’d say Matt Patricia did a great job of being there early on and getting that information to us as quickly as he could. We were into that early on, and it really worked out well for us. We are very excited to have DeVante here.”

Patricia, being the driving force behind the Parker trade, illustrates how things have changed in New England. While predominantly a defensive coach in the NFL, Patricia now operates as an offensive coach in 2022. Patricia hasn’t coached an offense since 2005.

At the Owners’ Annual Meetings, head coach Bill Belichick singled out Patricia along with Joe Judge as some of the coaches who will help replace Josh McDaniels.

“It’s great to have Joe Judge back and Matt, of course. They’re two really good coaches along with some of the other coaches that we have offensively: Nick Caley, Troy (Brown) and so forth, guys who were here last year. We are working on it, and we will do the best we can here.”

“Matt has filled many different roles for us,” Belichick said via NESN, “and has been a tremendous help to me and the organization.”

The head coach also mentioned that he is not overly concerned about Patricia and others changing the sides of the ball they coach.

“We’ve had a lot of coaches that have taken on multiple responsibilities,” Belichick said via NESN. “Josh and Brian Daboll were on defense and then they went on offense. Matt was on offense and he went on defense. So on and so on. So I’m not really worried about that. I think a good coach is a good coach and Matt is a great coach. Joe is a great trainer. They will help us no matter what position they train in.”

Not big on titles

Even as the NFL season continues to draw ever closer, no one knows the exact roles of coaches on offense. Belichick said that Patricia, Judge and all other Patriots assistants will have a “defined role,” but he declined to reveal what those roles will be.

“I don’t really like titles,” Belichick said. “We have jobs to do. We’ll do the jobs.

But whatever Patricia’s role on offense, she deserves some credit for helping New England acquire Parker.