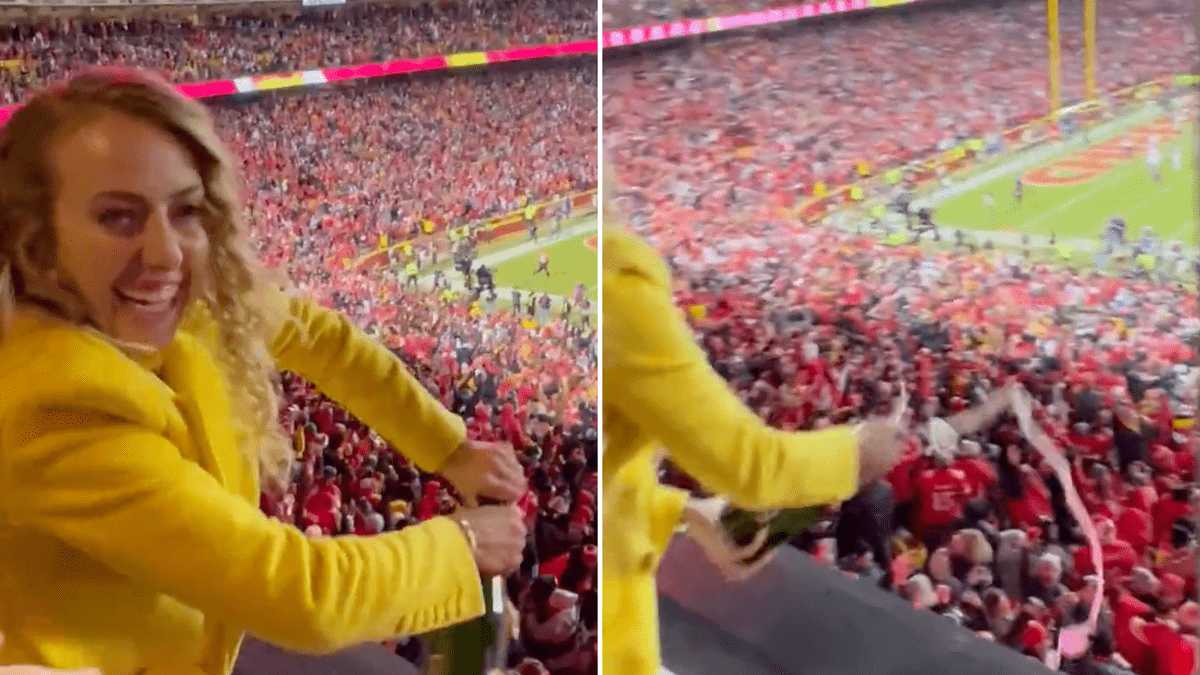 In the wake of Kansas City’s 42-36 NFL playoff victory over Buffalo, Brittany Matthews doused a group of home fans with champagne after spraying it wildly from a balcony.

The actions of the wife of Kansas star quarterback Patrick Mahomes were soon denounced by an army of angry fans on social media, who pointed out how unfunny the onlookers below the balcony seemed.

The video shows Matthews celebrating after the conclusion of the game at Arrowhead Stadium in Kansas. Shortly after, she opens a bottle of champagne and proceeds to spray it on top of the Chiefs fans below, many of whom are looking up at the balcony from which she is standing.

This is also not the first time his actions have been met with hostility online. Matthews fiercely defended the Chiefs during the 2021 season against critics in the media and online.

This sparked the ire of many on social media, including the Instagram star Amanda Vance, who approached her and Jackson Mahomes (Patrick’s brother) in a post on twitter last month.

His champagne stunt backfired with many who watched the video and responded online.

However, while the video angered many, especially over the presence of children in the stadium, others came to its defense out of a desire to celebrate the dramatic victory in style.

In response to the criticism, Matthews posted another tweet on Monday, lamenting the attention the original video generated. “I wish I could do what I want without being attacked every week,” she wrote.

As for the Chiefs, they will now stay home and wait to play the Cincinnati Bengals in the AFC Championship game, where Mahomes hopes to make his third straight Super Bowl appearance.