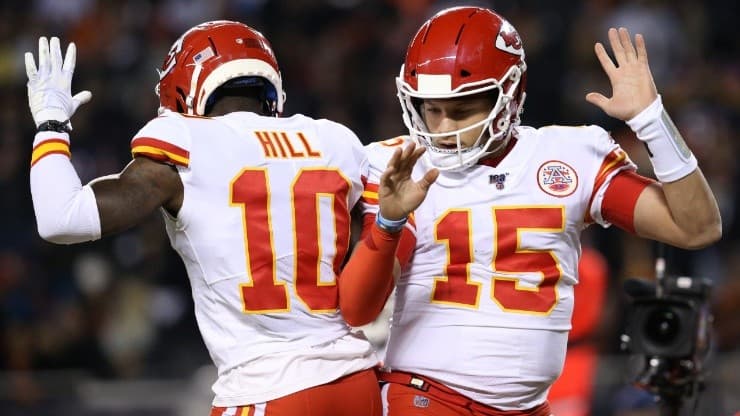 Patrick Mahomes won with the Kansas City Chiefs in his debut in the 2021 NFL season, and given his great connection to Tyreek Hill, he couldn’t help but comment on a meme that’s going around.

Kansas city chiefs began his journey through the season NFL 2021 with a very difficult game against the resilient Cleveland browns that they won but with a lot of suffering, since they had to turn it around and Patrick Mahomes He was the great architect behind the comeback.

In the game, a touchdown that brought them closer to victory was a touchdown pass from the quarterback to one of his favorite weapons alongside Travis kelce, the receptor Tyreek hill. The 75-yard play left everyone speechless, especially because of the adjustment he had to make Cheetah Hill to catch the ball.

Eventually, they won the match 33-29 and that duo connected to 197 yards on 11 completed passes and that TD. Again they proved why they are the most feared offense, but even the Mahomes had to admit that sometimes he gets his way and has a bit of luck and confidence in his wide receiver.

+ The move in question by Mahomes and Hill

At the press conference, he was asked about that incredible play in the 4th quarter. One of them told him if he had seen the famous meme that says“Fuck it, Tyreek must be out there somewhere” and Chiefs QB had a hilarious response. “It’s funny that you mention it. I just saw that and, I mean, ‘sometimes it’s like that’ is what I have to say. Sometimes you just have to throw. He is a small man, but he goes and catches her and he is very fast, so generally good things happen “, said.

After the meeting on Sunday, Mahomes joked with his favorite receiver, telling him that he never actually saw him on the game-changing play, but only saw his “little raised hands”.