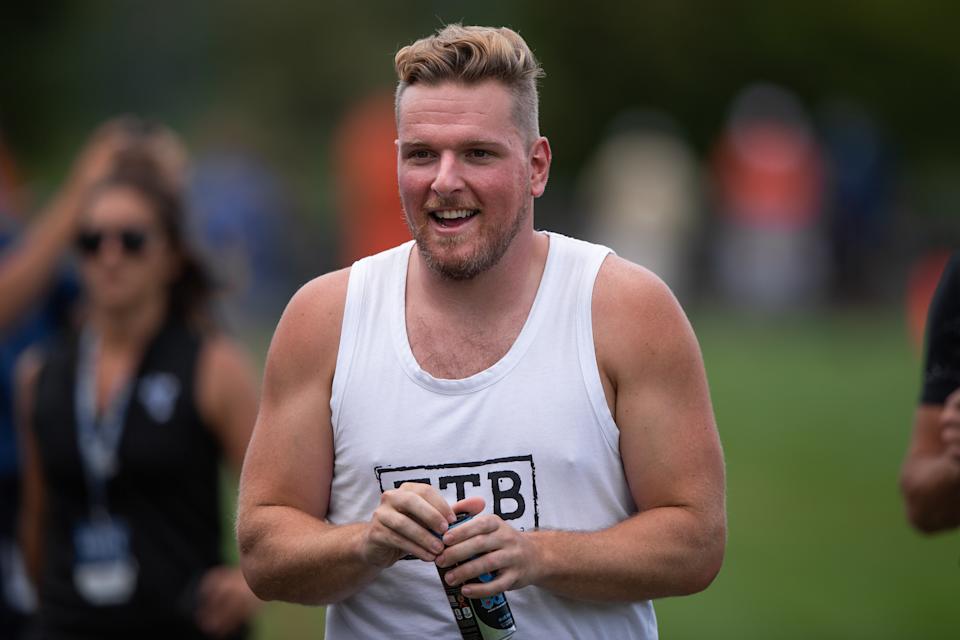 If determination were personified, Pat McAfee He would be the ideal candidate to bring him to life as the protagonist. Versatility was never unrelated to his image. He had a prodigious career in the Indianapolis Colts of the NFLentered the world of comedy, has shown to keep up as sportscaster. And sometimes, you can also afford to fight in the WWE.

mcafee he made a place on the grid as a result of his talent for kick the ball. The hit of the right leg gave him a special place in the Colts. He often joked about his strength after sending the ball from pole to pole on the pitch with no apparent complexity. Just like a golf club that, with the right technique and analysis, was close to hitting a hole in one. He also wasn’t afraid to try short, nifty comebacks to benefit his offense.

Even when his journey had taken off, he never left aside the luchistic panorama. Even before he signed his contract with the set of Indiana on 2009, at the age of 22, participated in an independent wrestling show in Charleston, West Virginia. He defeated a gladiator named Warpig after hitting him with a head kick. Ironically, it was his specialty. I was meant to dish them out.

What if. He fulfilled the task of carrying out the Super Bowl kickoff against the new orleans saints on 2010. He was also chosen within the ideal team of the season in 2014. He seemed to have it all, but he needed to get involved in the strings to feel complete. love for work Stone Cold Steve Austin, rock and The Undertakerwhich he witnessed during his youth, was stronger than any other possible award on the grass.

The injuries They turned their course in American football. Three knee surgeries in his last four seasons their physical condition deteriorated. In 2017, he said goodbye to the faithful who cheered him in the Lucas Oil Stadium in order to continue with his dream. Sooner or later, he aspired to be professional fighter. He wouldn’t give up until he achieved it.

After your retirement, served as a college football broadcaster and stand-up comedian. At the same time, he adopted the podcast as a format that would give him new opportunities in the future. WWE noticed his skill from the microphones of The Pat McAfee Show and knocked on his door in 2018. Half of the wish was fulfilled. Sometimes the company added him as a guest on the comment table from NXTthe show that brought together established elements and promises of the business.

The real chances that a former player of his caliber would make the transition to the ring was increasingly latent. Company athletes like Roman Reigns, Brock Lesnar and Happy Corbin they had already tried to leave their mark on the NFL. The difference is that none settled in the way that the icon of Indianapolis.

2020 It was the year that changed everything. He was given the green light to step into the ring. He paired it with Adam Coleone of the biggest names in NXT: the monarch who held the brand medal for more than 400 days on his waist and the leader of The Undisputed Era, the most relevant group in the program. Failure was not an option, the qualities of his opponent invited him to give his best.

mcafee lost against him in the individual duel that marked his debut in the emporium In sum, he fell in a subsequent bout of team cage. Although he shone for his way of being noticed from classic combinations and aerial movements. Anyone would have thought that he had been active in the sports-entertainment industry for years, the reality was completely different.

Once their rivalry was over, he moved on to the comments of SmackDownthe second most valuable weekly show in the WWE. Now she will return to the canvas. She will in Wrestlemaniathe great event where the influencer will be presented logan paul and the actor Johnny Knoxville. He will have his fourth experience against austin theorythe protégé of the owner Vince McMahon. The man who was born to kick will dream big again.

Laura Bozzo and her incredible transformation, before and after putting on makeup

Pat McAfee, the athlete who was born to kick balls in the NFL… and heads in WWE