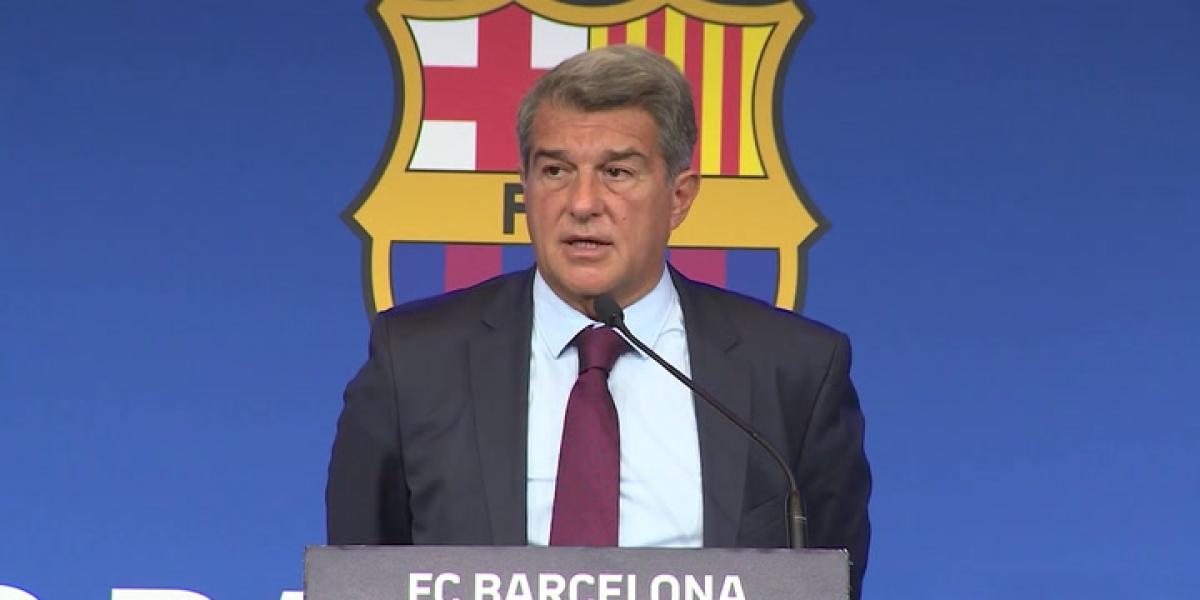 Juan Branco, the attorney representing various partners of the FC Barcelona and that you have filed a lawsuit against the PSG due to unfair competition in the signing of Leo Messi, both to the European Comission as well as to the French high court, he has sent an open letter to MD addressed to the president of FC Barcelona, ​​Joan Laporta.

“After the signing of Lionel messi for him Paris saint germain, FC Barcelona partners that I represent have filed lawsuits before the European Comission and the French administrative justice to paralyze the operation and demand that the French clubs, and in particular, the PSG, respect the regulations of financial ‘fair play’ (FPF).

The situation we witnessed, astonished, was the following: the FC Barcelona was forced by the Control Committee of the Spanish league to dispose of Lionel messi to respect the ratio between wages and by the League. At the same time, the PSG, which has a ratio between wages and income of 40 points higher than that of the FC Barcelona and 30 points higher than the European and national regulations, he was authorized by the French league to build a golden bridge to the player, with congratulations included from the president of the French Football League.

How have we reached such a situation, in which rules supposedly adopted to favor fair and fair competition between European clubs, served to force the transfer of the franchise player from one club to another whose respect for those rules were even lower?

The explanation was found very quickly. Today, French clubs are exempt from penalties for violation of FPF rules. That exemption, adopted by the French league in 2019, will apply until the end of the season. 2022-2023, creating a distortion of competition with the other European clubs from which the PSG. Likewise, while the French club foresees losses that could reach the 500 million euros next season, he continues to sign the best players on the continent, released by bloodless clubs, unable to make the change to salary inflation caused by the PSG.

The reason for such aberration, incompatible with European regulations, which requires identical regulations in each territory within the internal market of the European Union, is first of all politics. Qatar, owner of PSG, you need to build a club-flag that legitimized the organization of the 2022 World Cup in its territory. Obtained after years of alleged rigging – still under judicial investigation – that involved Michel Platini and the President himself Nicolas Sarkozy, the organization of an event of such dimensions on a world scale is intended by the emirate as a way to protect itself from the expansionist fancies of its neighbors, in particular Saudi Arabia, to continue to promote political Islamism with impunity, to improve its access to Western political elites and improve their image in the public opinion – to the detriment of the almost 7,000 workers who have already lost their lives by forcing stadiums that will remain empty as soon as the event ends.

Money flows from Qatar, which are accompanied by those from the emirate of Abu Dhabi and the Russian oligarchs, have created a distortion of massive competition in European football that threatens the survival of historic clubs, particularly non-profit associations such as FC. Barcelona. Corrupt actors, with the will to political influence or seeking illegitimate protections, use our sport to influence our political and economic elites. Likewise, the circle of corruption is aggravated, and the distortion of competitions that are the only capital and source of happiness for millions of exploited people in the current system.

We are facing a situation that threatens not only the survival of the FC Barcelona as an institution, but more generally from the other European historical clubs, particularly the Spanish and Italian ones.

We consider it feasible that it can be prevented by following the project of the Super league, symbolically destroyed since its introduction as a closed league, and unable to compete in the hearts of the fans with the prestige, history and symbolism of the Champions League. And we consider that with the departure of Messi, the position of FC Barcelona, ​​Real Madrid and Juventus has in any case been irreversibly weakened compared to the different axes constituted, among others, by Paris Saint-Germain.

In our opinion, without a judicial offensive to clean up European football by any means possible in the short term, with the help or pressure of the European Commission, public actors and all the clubs that follow an associative model, the partner of the FC. Barcelona at the apex of a commercialization that forced FC Barcelona to renounce its historical associative form, and to abandon its capital in foreign hands, as the League partially proposed recently.

It is in this context, and with the conviction that the Barcelonista social mass is waiting for a strong gesture from the Board of Directors, not to recover Lionel messi, but yes to show their interest in defending FC Barcelona as patrimony of the partners. We ask the board to join our offensive and enter into open war at the institutional level against the unacceptable distortions of competition it suffers, with the support of the clubs that have shown their disdain for the recent offensive of the Parisian club.

We are convinced of having a very solid legal platform, and of being able to take advantage of the media movement around the signing of Messi to put this issue at the center of the world debate, always respecting a loved and respected figure. The FC Barcelona can appear in this cause, break the molds and rebuild a European model, following the guidelines that young lawyers, 25 years ago, promoted under the name of Elefant Blau.

Blocking the most scandalous and mediatized signing of the business football era appears as the last way to force our competitors to sit at the negotiating table, and break a spiral whose first victims are the fans. The hyper-capitalization of football, which causes the inflation of season ticket prices, television rights, t-shirt prices, the privatization of clubs that belonged to its members, and threatens to definitively destroy the character popular of this sport, you can stop.

In the interest of members, football fans and our society as a whole, we ask the League, to the FC Barcelona and to all the institutional actors of Spanish football to join our demand to defend the interests of the fans, and break with a model without a future and without meaning “.