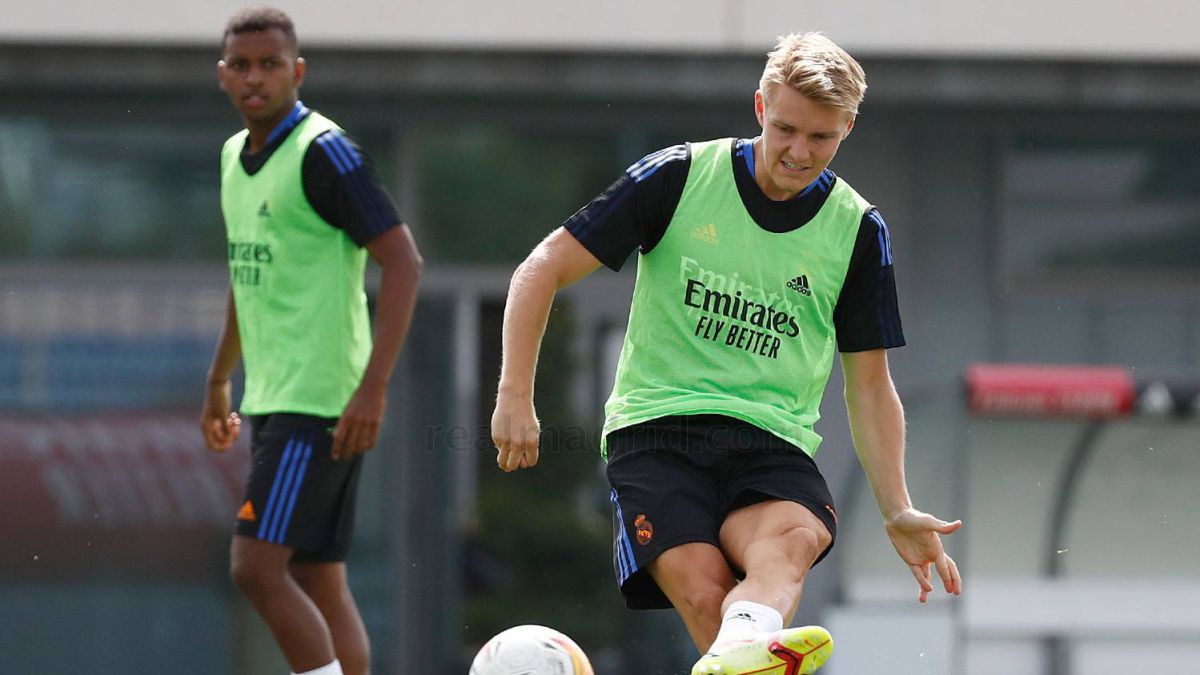 Dorsal dance at Real Madrid with a clear sign: Martin Odegaard. In the first numbers delivered to LaLiga for the duel against Alavés, the Norwegian does not appear, who loses on the 21st that, in theory, he was going to shine. One more clue that the midfielder is in the window after a complicated preseason. Difficulties adjusting and his fear of running out of minutes again this season may cause him to leave the club this summer.

From England they have been responsible for feeding the rumors. There they publish that the Arsenal He is very interested in getting it back permanently after last year’s loan. Under the orders of Arteta He was a fundamental footballer and enjoyed the prominence that, in his half season in white, he was not able to win.

However, he is not the only one who has lost his number. Dani ceballos, who has returned from the Games injured, is also not listed on the LaLiga website. In your case, seems to be due more to those physical problems, and that it will be expected to assign a number, but this gesture also raises certain doubts regarding its continuity. Everything indicates that he or Odegaard will leave the team before the end of the market.

All players who have returned from loan already have a number except Vallejo, although it seems that he will be assigned the 5. In LaLiga he still appears Varane, but once the image of the French disappears, it will be replaced, presumably, by the hand. Jovic the 16th is going to be sheathed while Bale, who wore before him Milan the unexpected 50, appears with 18. To them we must add a change: Rodrygo, which leaves the 25 to wear the 21 that Odegaard has worn in preseason.

Players who play at least one minute against Alavés must keep their numbers for the remainder of the season, since the competition does not allow changes. But nevertheless, All the numbers that are free may be assigned until September 2, deadline to establish the final numbers.