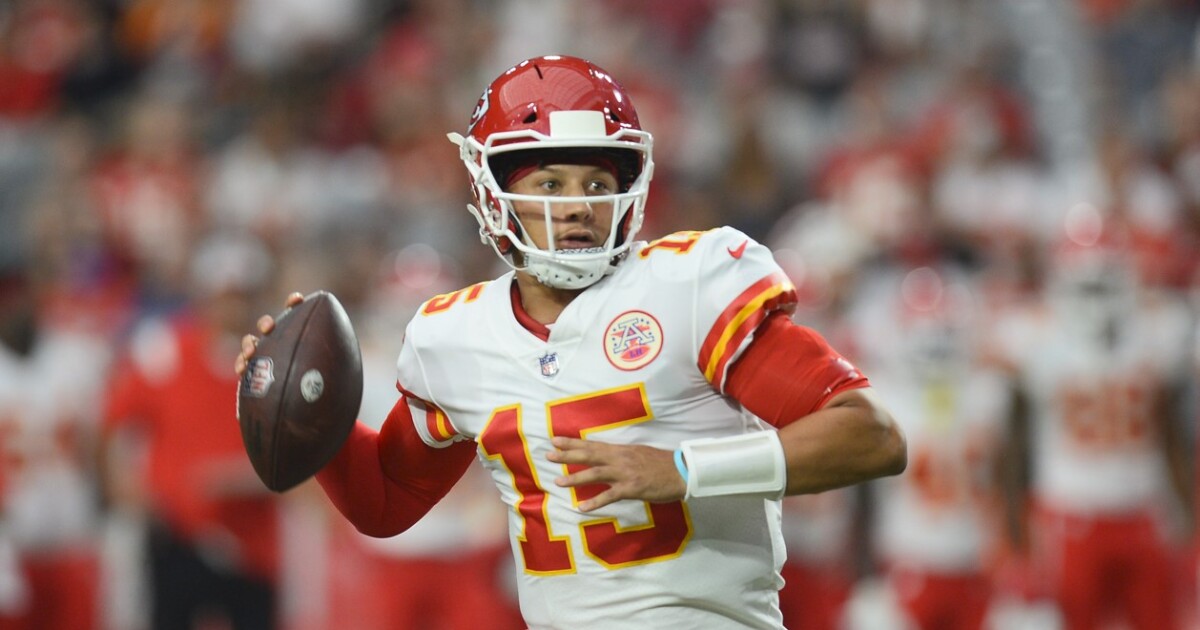 This Sunday NFL Week 3 is played. Los Angeles Charges visit the Kansas City Chiefs; Patriots host the Saints at Gillette Stadium; and mourning the pride of the North of the American Conference the Bengals meet the Pittsburgh Steelers.

Although on paper the Chiefs of Patrick Mahomes are the great favorites, in this type of encounter there is nothing for sure, as divisional games are played more than pride. In the American Conference West, Kansas City hosts the Chargers.

Another factor to think that the Angelenos are coming as victims is that the Chiefs have come from falling to the Ravens, so the franchise he commands Justin Herbert, can you pay for last Sunday Night’s broken dishes.

It may interest you: There will be Monday Night in the NFL playoffs

At 1-1, both teams will seek a win at Arrowhead Stadium. Mahomes vs Herbert, a reality against a promise, quarterback duel.

While New England arrives with its first victory of the 2021 Season, after defeating the New York Jets, the New Orleans come from a surprise loss to the Carolina Panthers. It will be a duel with a reserved prognosis.

Little by little, the rookie quarterback Mac Jones has been adjusting to the league and is beginning to show that he can bring the franchise to fruition. On the other side of the grid, the Saints live the post Drew Brees, and although in Week 1 they beat the Packers, there are still many doubts around them.

It may interest you: The Dolphins lose Tua Tagovailoa until Week 6

The North of the American Conference will have one of the most anticipated games by the fans of the Bengals, when they face the Steelers. A meeting of pure power, the two come one won and one lost, and they will seek to straighten the way.

Last year, Cincinnati already gave the bell and they were able to defeat their rival this morningThat without their starting QB, Joe Burrow, last season, now that he’s back, they could give them a scare again. All this adds to the fact that Ben Roethlisberger has presented problems with an injury.

Another week of the NFL is leaving, but without a doubt the third will be exciting. Here we leave you other results.

Result at the moment: NFL Week 3