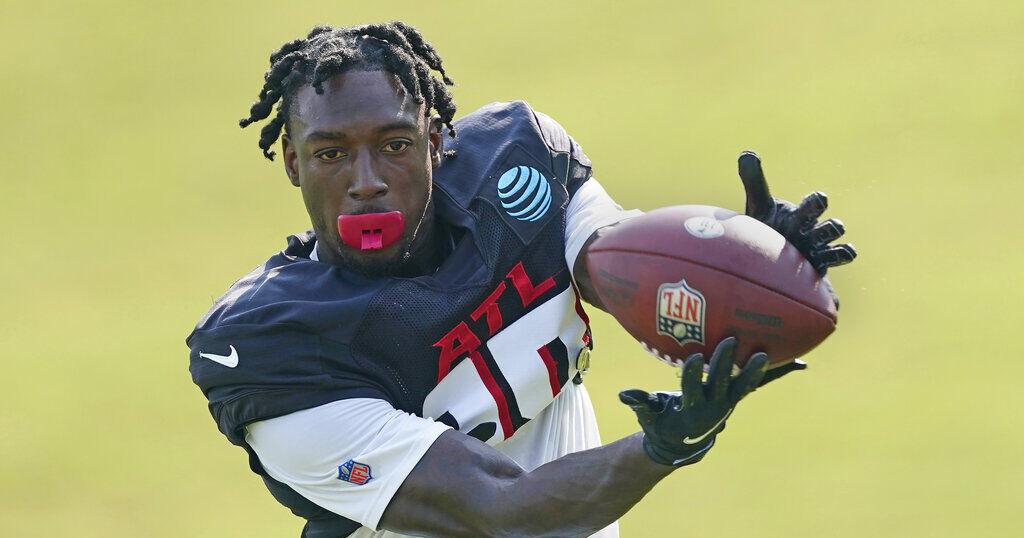 ATLANTA— For putting the integrity of professional football at risk by betting on league games, Atlanta Falcons wide receiver, Calvin Ridley, he was suspended by the NFL for at least the entire 2022 season.

Ridley won’t play in 2022 and there’s no guarantee on his NFL future even though he was considered to be Falcons quarterback Matt Ryan’s top target.

NFL commissioner Roger Goodell suspended Ridley on Monday after a league investigation determined the player gambled on league games in 2021 while absent from the team to attend to mental health issues. The league indicated that the suspension will be “at least until the conclusion of the 2022 campaign.”

The NFL noted that the bets were placed over a five-day period, in late November 2021.

The Falcons placed Ridley on the non-football-related illness list after Week 8 of last season, which ended Nov. 1.

Ridley wrote on his Twitter account on Monday: “I bet in total 1,500 I don’t have a gambling problem”.

I bet 1500 total I don’t have a gambling problem

He seemed to make light of his suspension by later posting another message. “I know I did wrong but I’m getting a year lol”. “I’ll be healthier when I come back”he added.

Just gone be more healthy when I come back

Ridley defended himself in another message on his account: “If you know me, you know my character”.

Ridley will be able to apply to re-enter the league after February 23, 2023.

Receive more information about this and other news. Click here if you are a user of Android or of iPhone.