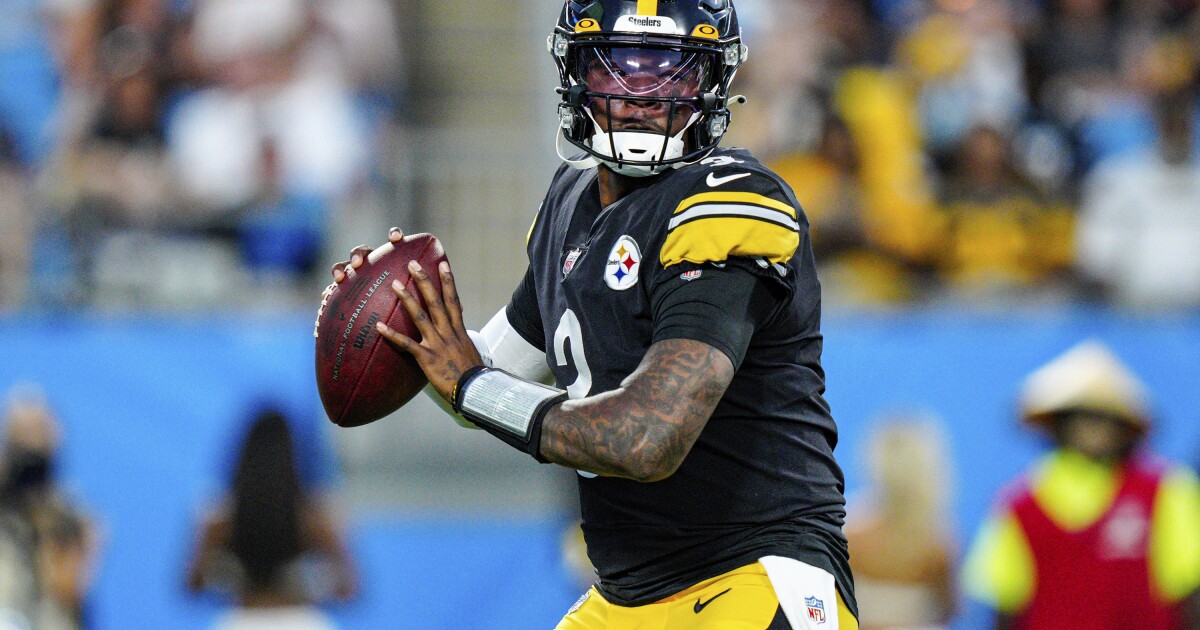 Pittsburgh Steelers quarterback Dwayne Haskins was killed Saturday when he was hit by a truck while walking on a Florida highway.

Miranda did not say why Haskins was on the highway, which was closed for several hours.

“He was walking down the highway and he got hit,” Miranda told The Associated Press.

The death provoked expressions of pain from his teammates.

“I am shocked and speechless by the unfortunate passing of Dwayne Haskins,” said coach Mike Tomlin. “He quickly became a part of our Steelers family upon arriving in Pittsburgh, and he was one of the hardest workers, both on the field and in the community. Dwayne was a great teammate, but even more so, a tremendous friend to so many. I am truly heartbroken.

“Our thoughts and prayers go out to his wife Kalabrya and his entire family in these difficult times.”

Haskins was drafted by Washington in 2019 and started seven games, going 2-5 in his initial year. The former Ohio State star went 1-6 the following season and was released.

The Steelers gave him a chance to resurrect his career in January 2021 when they signed him a month after being released. Haskins said he was eager to get down to business and learn all he could from Ben Roethlisberger and Mason Rudolph. He was left second in the lineup and was a backup in a tie with Detroit when Roethlisberger was placed in the COVID-19 protocol the day before the game.

Tomlin and general manager Kevin Colbert praised Haskins for his improvement since joining the team and renewed his one-year contract as a restricted free agent in March. He was expected to compete with Rudolph and Mitch Trubisky for a position.