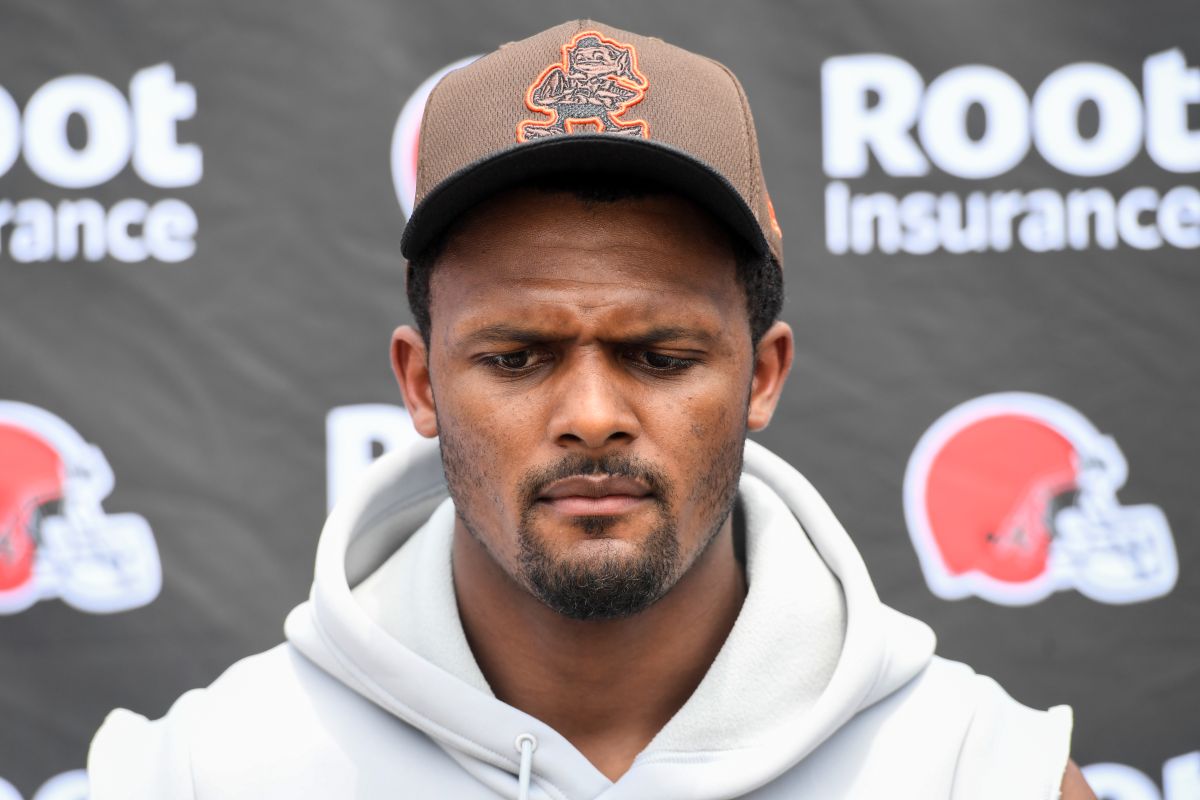 deshaun watsonquarterback of the cleveland brownsapologized this Friday to the 24 women who sued him for sexual misconduct.

“I want to say that I am truly sorry, for all the women that I have impacted in this situation.and for the decisions I made in my life and that put me in this position”, explained the quarterback before playing the first preseason game with his team.

Watson was sued in 2021 by 24 women for sexual misconduct in massage sessions that he received in his stage with the houston texans, team he left this year to sign a contract with $230 million dollars for five years with the Browns.

In early 2022, the pin reached a confidential agreement with 20 of these womena situation that did not prevent him from being subjected to a Disciplinary Committee appointed by the NFL and the Association of Professional Soccer Players.

After three days of evaluation, the former US District Judge Sue Robinson appointed by the NFL to review the case, issued a six-game suspension for the quarterback on Aug. 1. The decision did not satisfy the league, which appealed the decision through the Commissioner Roger Goodell, who will seek to get Watson grounded for at least the 2022 season.

“We have seen the evidence. Robinson was very clear with the evidence: there were multiple violations of the code of conduct, they were scandalous and there was predatory behavior. Those are things that we need to attend to responsibly,” Goodell said Wednesday.

As the appeal proceeds, deshaun watson he addressed this Friday for the first time the women who sued him with an attitude that contrasts with the one he had defended a few months ago in which he stated that he had not done anything wrong.

“I want to say I’m sorry. The decisions I made in my life, that put me in this position, I would like to amend them; but i want to keep going and showing that I am a person that I am going to continue pushing”, underlined the passer.

The field marshal pointed out that in the 2022 season It will show that you will overcome this situation.

I know I have a lot of work to do.. I want to make it clear that I am ready to grow as a person and in my decisions on and off the field. I want to make sure that I’m evolving for the Cleveland community and the NFL.”sentenced.