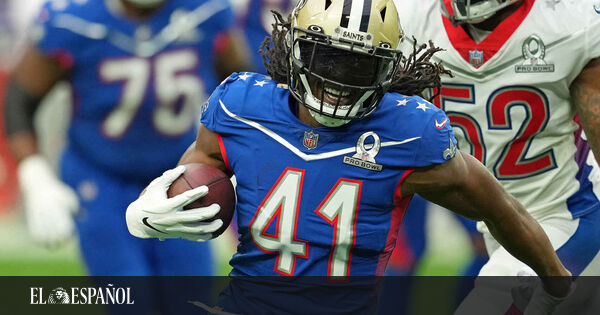 Last weekend it took place in U.S the game of the stars NFL. In Las Vegas, Alvin Camara He carried out an attack for which he has been arrested. In the complaint, a person accuses the player of the New Orleans Saints assault and bodily harm in a nightclub.

Alvin Kamara was in Las Vegas to be part of the Pro Bowl. This comes to be the game of the stars of the NFL, known in the NBA What all-star. In it, a team with the best in the National Conference and another combined formed by those of the American Conference. All this as a prelude to the superbowl which is celebrated this Sunday.

The New Orleans Saints player played the Pro Bowl with the NFC. After this, he was arrested by the Metropolitan Police. A new scandal that splashes an NFL star. Something that seems to be becoming a habit in recent times.

Please click on the document below for more information on the arrest of Alvin Kamara. This investigation is still ongoing, anyone with any information about this incident is urged to call 702-828-3204 or contact @CrimeStoppersNV pic.twitter.com/QoUY9tEQT1

Considered one of the best running backs in the NFL, Kamara was arrested after being reported for assault. As the Police statement says, “one person arrived at the hospital with substantial damage after a confrontation in a nightclub.” “The victim was attacked by a suspect, later identified as Alvin Kamara.“, is revealed in that official note.

The RB is back and it shows!
Alvin Kamara TD! #NFLSpanish #Saints
pic.twitter.com/Iilo2Owpvg

This black point adds to the irregular year that Alvin Kamara has suffered this 2021/2022 season in the American football league. He alone has contributed four touchdowns in the fourteen games he has played. But the truth is that this performance has been an exception in his career. In fact, this is his fifth Pro Bowl since he arrived in the NFL in 2017. What his future will be from now on is anyone’s guess.