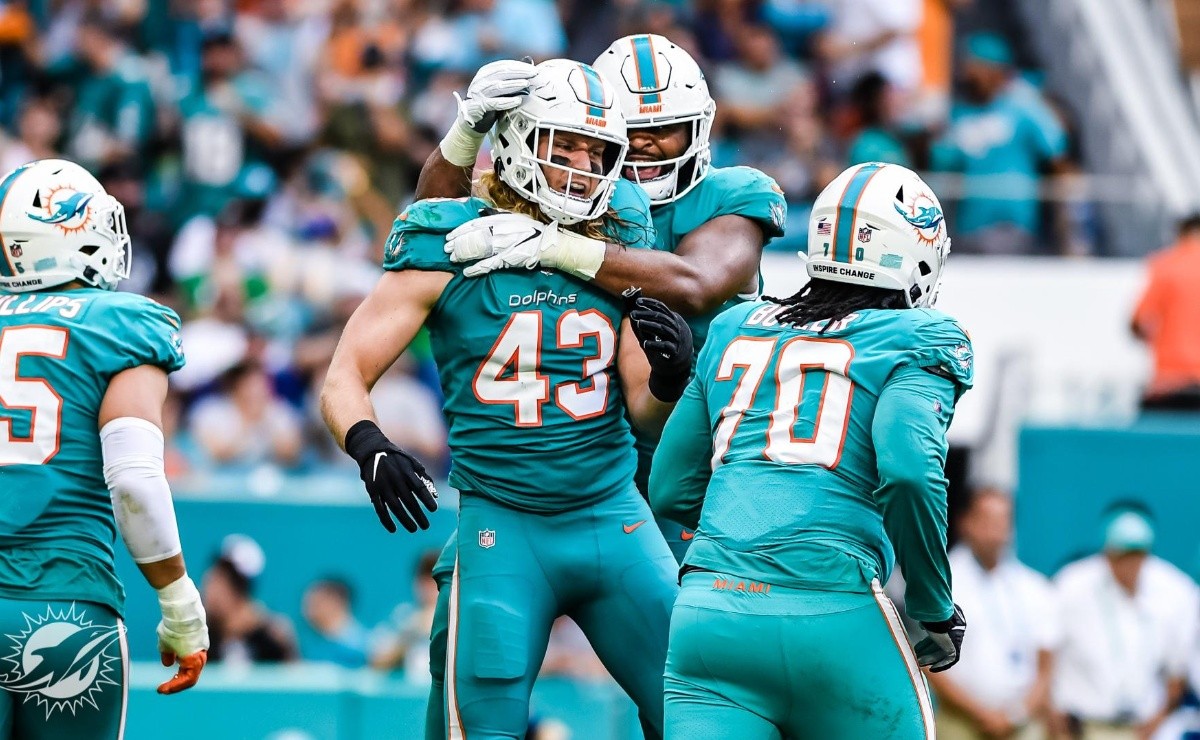 Miami, Florida.- The Miami Dolphins extend their winning streak to six after beating Los New York Jets, his divisional client in this current 2021-22 season of the National Football League (NFL), after applying the comeback by 31-24 in a fascinating match of Week 15.

The Jets took the lead after taking a first quarter on possession and a field goal to lead 10-0. For the second episode the team that included as a starter Tua Tagovailoa (Dolphins) responded with 10 points, but New York went to rest 10-17.

In the third inning the Jets went blank and that was prevailed by the Cetacean team to tie the field after Duke Johnson’s six-yard run on a first and goal for Miami. Christian Wilkins caught a pass from Tagovailoa to give the Dolphins superiority for the first time in the game in the opening seconds of the fourth quarter.

The mistakes began to affect the New York quarterback Zach Wilson who lost the ball in the next position. However, the locals missed that recovery, as Tua was intercepted by Brandin Echols to equalize the board in the match.

The 24-24 stalked the possibility of an extra time, since the capacity of each one was balanced that a touchdown could define the winner. With 3:43 left to contest once again, Tagovailoa tried it through the air and found DeVante Parker to sentence the Jets in the AL East Divisional Game for the second consecutive time.

In this way, the Miami Dolphins become the second team in the history of the NFL He stands at 7-7, after starting with a losing record of 1-7 this season. The first to achieve this feat was his rival on Sunday 19 of the month, New York Jets in the distant 1974.

Tua Tagovailoa led in yards, scoring 196 after hitting 16 of his 27 passes. Zach Wilson established himself with 170 units after 23 shipments of 13 sets. While his substitute, Keelan Cole, barely managed to try a pass, but was unsuccessful.

Read more: NFL: Pittsburgh come back to Tennessee in Week 15

NFL: Six in a row! Miami lands the cartwheel to beat the Jets for the second time