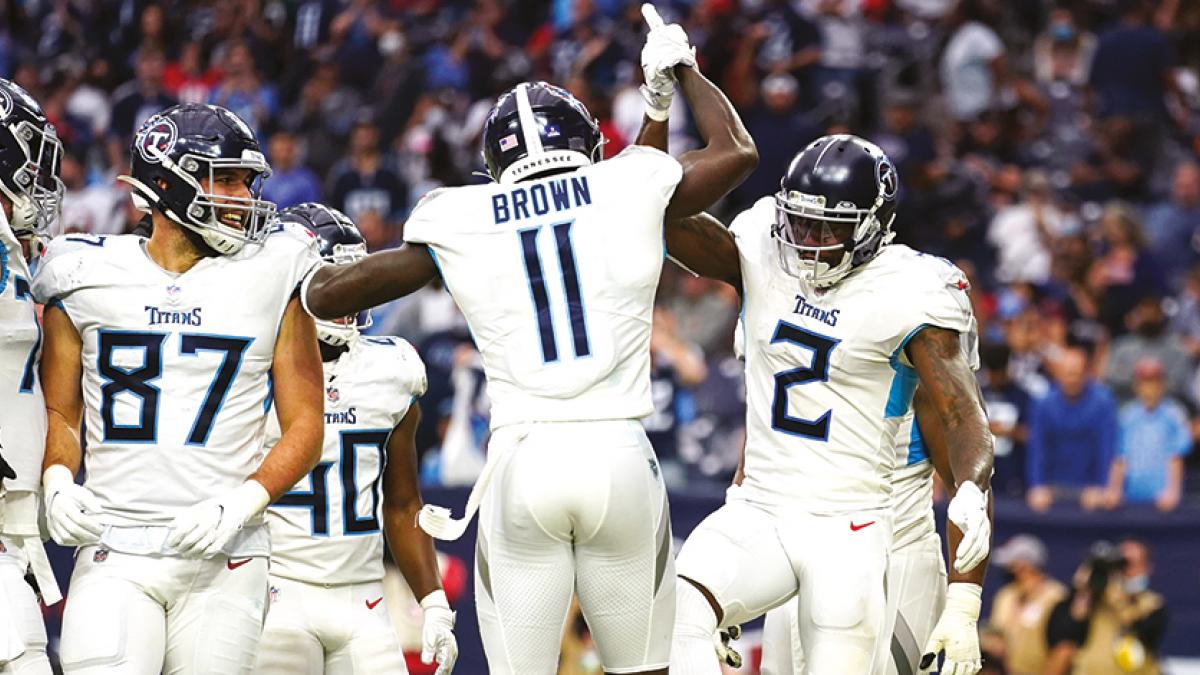 The Tennessee Titans defeated the Houston Texans and thereby secured the top of the AFC for the first time since 2008, thus dethroning the Kansas City Chiefs.

Following the Chiefs’ victory on Saturday, the Titans were forced to beat the Texans if they wanted to rest the first week of the 2021 NFL Season Playoffs.

Although Houston was complicated at times, Tennessee managed to get the important victory to finish the regular season with a 12-5 record.

The last time the Titans had the place of honor in the AFC was in 2008, when they lost to the Baltimore Ravens in the Divisional Round, by a score of 10-13, saying goodbye to the Super Bowl dream.

The Titans haven’t reached a Super Bowl since the 1999 season, when they lost to the St. Louis Rams. In fact, the Titans have never won a Super Bowl in the NFL era. Before, in the AFL they won the championship, when they were still the Houston Oilers, in 1960 and 1961.

Now, led by Ryan Tannehill, the Titans will seek to bring glory to their city and everything indicates that they could be one of the rivals to beat in the AFC, in the face of a possible Super Bowl.

For the Playoffs, the team will recover its star running back, Derrick Henry, who suffered an injury in Week 8 of the regular season that forced him to undergo surgery to fix a right foot ailment and has since been out of circulation. .

The Kansas City Chiefs took second place in the conference and now must face the Pittsburgh Steelers in the wild card game.

Pittsburgh held on to the NFL Playoffs after achieving an agonizing victory in overtime against the Baltimore Ravens, by a score of 16-13.

Chris Boswell kicked the winning field goal, setting the Steelers their second win over the Ravens this season, both by less than seven points.

The Pennsylvania team took advantage of the Indianapolis Colts’ disaster against the Jacksonville Jaguars to stay alive in the fight for a wild-card berth.

Ben Roethlisberger will play a few more Playoffs, despite the fact that everything seemed that yesterday could be the last game of his professional career. The last time the Steelers reached the postseason was last year, when they were crowned in the AFC North, but in their first game they were eliminated.

On that occasion, the Cleveland Browns beat the Steelers and thus ended the dream of their seventh NFL championship.

In the last game of the regular season, the Raiders took advantage of the home and defeated the Los Angeles Chargers by a score of 32-35.

With this, the Las Vegas team advanced to the Playoffs, with the last ticket awarded by the AFC.

In the NFC, the last guest to the Postseason was defined, as the New Orleans Saints beat the Atlanta Falcons without problem and took advantage of the loss of the San Francisco 49ers against the Los Angeles Rams and thus secured their ticket.

In that conference it will be the Green Bay Packers who rest in the first week of the Playoffs, despite the defeat they suffered yesterday against the Detroit Lions.

With the end of the season, it was also confirmed that the Jacksonville Jaguars will have the first overall draft selection for the second year in a row, after finishing with the worst record in the league, with just three wins and 14 losses.