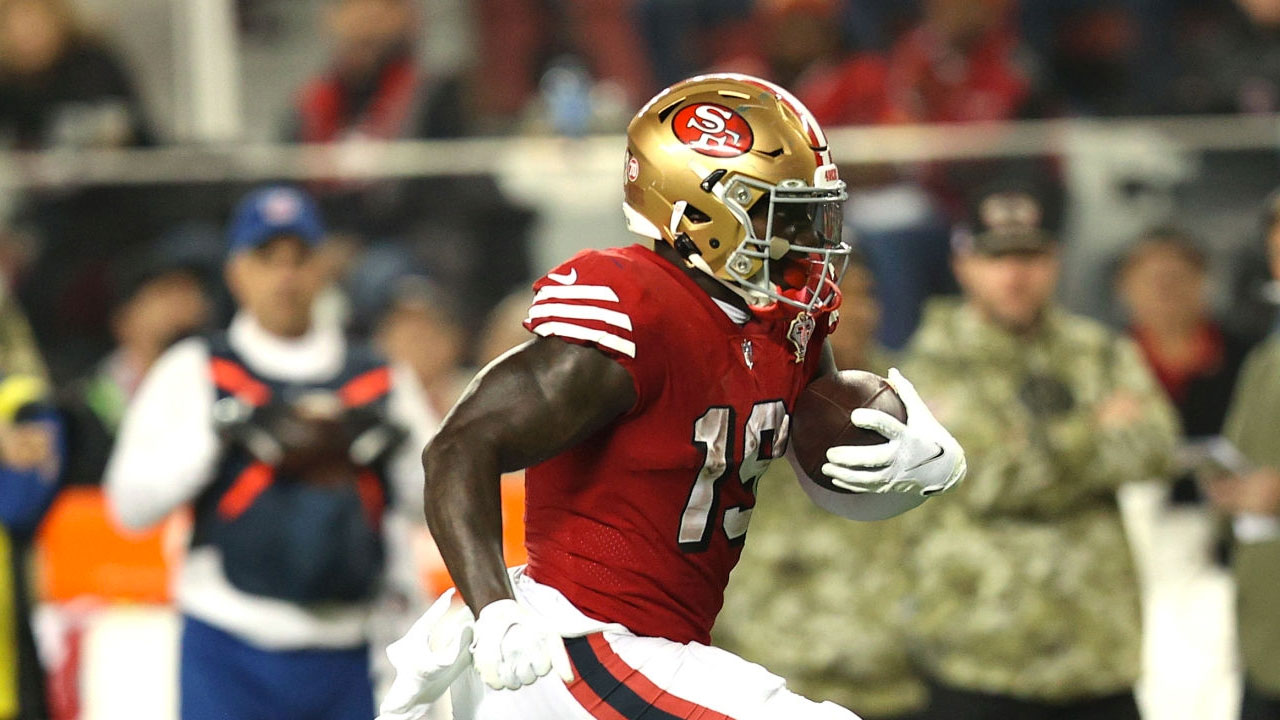 In the NFL news this Tuesday: Deebo Samuel and Fred Warner not playing in Week 13; Dalvin Cook, out for two weeks with injury; Darren Waller, designated “week to week”; and more. Don’t miss the NFL news.

Deebo Samuel and Fred Warner would not play in Week 13

Bad news for the 49ers, who heading into their Week 13 game against the Seahawks could come with big absences from their roster. This Monday HC Kyle Shanahan pointed out that LB Fred Warner (hamstring) will probably miss the match against Seattle next Sunday. As if that were not enough, he added that WR Deebo Samuel (groin) could be absent even for the next two weeks.

Samuel, who this season has offered dynamism for San Francisco both on the ground and in the air, left last Sunday’s meeting against the Vikings after suffering a groin mishap late in the third quarter, and although he did not return to the game, he spoke with the media at the end of the game noting that “there is too much concern” about the injury. Meanwhile, Warner injured his hamstring and also exited the match prematurely.

If the absences are confirmed, Warner would miss his first game as a professional since the 49ers selected him in the third round of the 2018 NFL Draft. So far he has played 59 games (all as a starter) with the franchise and this 2021 he leads the team with 92 total tackles. Meanwhile, this season, Samuel has 1,239 total yards from the line of scrimmage and 10 TDs, leading San Francisco in both quarters. How will these casualties affect Shanahan’s game plan next weekend?

Dalvin Cook would miss at least two weeks due to injury

The Vikings’ running game could suffer a very strong absence heading into the season finale. Via Adam Schefter of ESPN, this Monday it was reported that due to a shoulder injury, RB Dalvin Cook is expected to miss at least the next two Minnesota games (next Sunday in Detroit and Week 14 TNF against Pittsburgh) with the hope that he can return for Monday Night Football on Monday, December 20 against Chicago.

Last Sunday, against San Francisco, Cook was ruled out of the match near the end of the third quarter after receiving a strong blow from OT Kevin Fivens; He fell to the ground for several minutes before being pulled from the game by team medical personnel. Via Ian Rapoport of NFL Media, Cook suffered a shoulder dislocation, and yesterday, after undergoing an MRI, the severity of the mishap was specified.

Earlier this Monday, the HC Mike Zimmer had informed in a press conference that Cook was designated as “day to day“, Although he did not want to reveal the specific nature of his running back injury. What’s more, also denied another initial report which indicated that Cook had suffered a labrum tear.

So it appears that while Cook escaped a more serious injury, he will still be off the field for a few weeks. The Florida State graduate, who came to Minnesota as a second-round pick in 2017, this season records 171 carries with 4 TDs for 773 yards, being the fifth-best in the NFL in the latter category. How will this absence hurt the Vikings in an attempt to stay the seventh seed in the NFC?

Bad news for the Raiders heading into the final third of the season. This Monday, at a press conference, HC Rich Bisaccia pointed out that TE Darren Waller has been designated “week by week” due to a knee injury.

Waller suffered the mishap in the first half during Las Vegas’ win over Dallas last Thursday in ThanksgivingAnd even though he was spared a major injury, he could still miss out on some time. However, Bisaccia also added that Waller has improved with the passing of the days and the team will evaluate how he performs for the rest of this week.

The Gergia Tech graduate, who came to the Raiders from the Ravens in the 2018 NFL Season, has since recorded a total of 256 receptions for 3,059 yards and 14 TDs, becoming one of the best aerial options available to him. the team, so losing it would be brutal in the aspirations of Las Vegas to try to get a postseason ticket in the American Conference.

Finally, heading into next Sunday’s game against Washington, Bisaccia added that DE Carl Nassib (knee) is also “week by week”, but LB Nick Kwiatkoski (ankle) could return this week. For his part, CB Keisean Nixon (ankle) is less likely to return for Week 13, and LB Nicholas Morrow (ankle) is “two weeks to two weeks” from returning from Injured Reserve. How will these injuries affect the Raiders in their quest to enter the Playoffs?

Bad news for the Vikings and Titans, who are likely suffering from the absence of two key members from their secondaries. On the part of Minnesota, this Monday they confirmed that CB Patrick Peterson was placed in the COVID-19 Reserve. Previously, Peterson mentioned that he is vaccinated, which means that he tested positive, but also that he will be eligible to return to the field with two negative tests taken 24 hours apart.

For its part, Tennessee also announced that S Kevin Byard was placed in the COVID-19 Reserve. However, as they will rest this weekend, it is very likely that Byard will be able to participate next Sunday, December 12 when the Titans host the Jaguars in Week 14. His current vaccination status is unknown but vaccinated players can return by throwing. two negative tests taken 24 hours apart. For their part, those not vaccinated should be isolated from the team for 10 days if they test positive and 5 if they are designated as high-risk close contact.

Byard has started every Titans game this 2021, recording 64 tackles, 5 INTs, 1 sack, 1 force fumble, 1 recovered and 2 TDs. Meanwhile, Peterson is in his first season with the Vikings after spending 10 years with the Cardinals, and this season he has 21 total tackles and 2 passes defended. How serious would the absence of both players be if they did not recover in time for their next match?

In more NFL news, the league decided to suspend Cowboys DT Trysten Hill for the next two games due to an altercation he had with the Raiders’ OG John Simpson on the field last Thursday in the billboard of Thanksgiving. NFL vice president of football operations Jon Runyan issued the suspension and the NFL issued the statement that Runyan sent to Hill.

“After the Las Vegas Raiders-Dallas Cowboys game on November 25, you engaged in conduct that this office considers unnecessary rudeness and shows a lack of sportsmanship,” Runyan told Hill. “Specifically, while both teams were shaking hands, you waited more than 50 seconds for your opponent at the 50-yard line. When he located him, you walked toward him in the opposite direction from his locker room. The two engaged in a verbal, chest-to-chest confrontation that was intensified by launching an open-handed blow at his mask, hard enough to cause his opponent’s helmet to come off. “

Hill, who over 3 years in Dallas has played a total of 15 games, has the right to appeal the decision made by the NFL. If he loses the appeal, then his absence from the Cowboys’ next two games, against New Orleans and Washington, would be confirmed. How much or not would this loss affect Dallas’ game scheme?