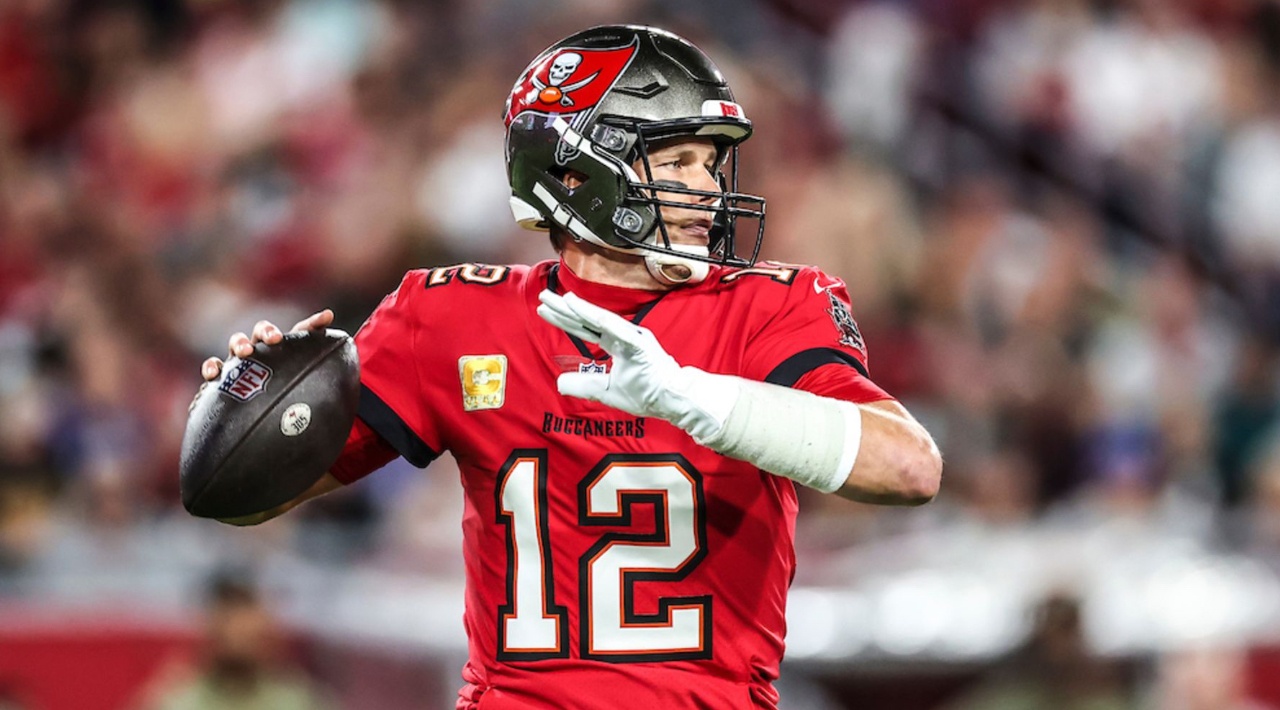 In the NFL news this Tuesday: Daniel Jones, out the rest of the year; Titans get AJ Brown back; Tom Brady and other 2022 Pro Bowl picks announced; and more. Don’t miss the NFL news.

Voting for the Pro Bowl 2022, a meeting that brings together the best players of the season and to be held next Sunday, February 6, has been closed. The NFL announced that the complete list of those selected will be made official this Wednesday, December 22, but in an effort to promote the match before the Super Bowl, this Monday a part of the chosen ones was already made known to the public.

The teams are led by the Buccaneers QB Tom Brady, who has been chosen for his Pro Bowl number 15, an all-time NFL record, breaking a previous tie with Tony González, Bruce Matthews, Merlin Olsen and Peyton Manning, who accumulate 14 respectively. Another gratifying appointment was that of RB Jonathan Taylor, of the Colts, who this 2021 leads the league in yards carried and is rewarded with his first selection.

The players announced so far for the 2022 Pro Bowl are:

What do you think about the momentary shortlist for Pro Bowl 2022? Who are missing? Who are left over?

Daniel Jones, out for the rest of the 2021 NFL Season

The end of the year in New York has just gotten more complicated than ever. Via Jordan Raanan of ESPN, This Monday it was made official that the Giants placed QB Daniel Jones on the Injured Reserve, ending his 2021 NFL Season. The team confirmed the news through an official statement:

“Over the course of the past few weeks, Daniel has been examined by Dr. Frank Cammisa of the Hospital for Special Surgery and Dr. Robert Watkins of the Marina Spine Center at Marina Del Rey Hospital,” said Ronnie Barnes, Senior Vice President and Trainer. in chief of fitness for the Giants.

“Our medical team has continued to consult with Dr. Cammisa and Dr. Watkins regarding Daniel’s condition and symptoms, and at this point, Daniel has not been cleared for contact. We felt the prudent decision was to place Daniel on injured reserve for the remainder of the season. With continued rest and treatment, we look forward to a full recovery. “

Jones’ campaign was cut short in a Week 12 win over Philadelphia, when he suffered a neck injury that was originally labeled a strain. However, since then he has been unable to play because he has not been cleared for contact, and with only three games remaining in a year that is practically lost, there was little reason to try to rush his return.

Thus, Jones’ season comes to an end having completed 232 of 361 shipments for 2,428 yards, 10 TDs and 7 INTs, leaving more questions than answers about whether he can become the franchise quarterback the Giants need. Now, it remains to be seen whether New York opts to choose the fifth-year option of a Jones’ rookie contract who will have to focus on rehabilitating his neck before dedicating himself to improving his performance. How much more should the Giants hold on to Daniel Jones?

Titans get AJ Brown back from IR

Heading into Week 16 the Titans could win back one of their most important offensive elements. Via Ian Rapoport of NFL Media, on Monday it was reported that Tennessee designated WR AJ Brown to return from the Injured Reserve, opening a 21-day period for the team to decide whether to activate him back to the 53-roster, or return him to IR and eventually lose him for the rest. of the 2021 NFL Season.

A possible return of Brown would be extremely empowering in the aspirations of the Titans heading into the end of the year. Brown, who missed the last three games with a knee injury, in 2021 still leads the team with 46 receptions for 615 receiving yards. In addition, he is one of only three players on the roster with 3 touchdowns to his credit.

Additionally, with WR Julio Jones coming out with a hamstring hit last weekend, and with RB Derrick Henry still on Injured Reserve with a foot injury, Brown’s return would take on even more relevance for a Titans who they have seen their offense diminish for much of the season. Tennessee will face San Francisco in this next Thursday Night Football, will A..J Brown manage to recover in time for this crucial duel with Playoff implications?

Once again the start of the week for the NFL was of an unusual nature. Despite the incorporation of new protocols against coronavirus, and schedule changes in three matches of Week 15, the wave of COVID-19 cases does not stop. Via Tom Pelissero of NFL Media, this Monday 51 players around the league landed in the COVID-19 Reserve, all due to positive tests, and in this space we recap the most relevant designations of the day:

What do you think of the increase in COVID-19 cases around the NFL? How would these casualties affect your respective teams in Week 16?

From the wire: Plenty of COVID-19 transactions pic.twitter.com/uXTJpk6OJf

In more news from the NFL, this Monday it became official that the Giants decided to sign LB Jaylon Smith to their roster of 53, agent Doug Hendrickson confirmed. Smith, who had been signed to the practice squad last week, had participated in 17 snaps the previous Sunday and recorded 4 tackles in New York’s loss to his former team Dallas, and the Giants apparently saw enough to promote him to their team. active template.

Smith’s 2021 has certainly been a busy one. The Cowboys announced they were discharging their services on October 5. Later he signed with the Packers, where in 2 games he participated in 27 snaps, however, the previous November 2 he was also cut from the team.

The Notre Dame graduate came to the NFL as a second-round pick for the Cowboys in 2016, and throughout his career, in 71 total games, he has 521 tackles, 9 sacks, 2 INTs, 6 forced fumbles and 5 recovered. However, after a series of long inconsistencies, he walked out the back door of Dallas and will now try to revive his career in New York. How do you rate this move made by the Giants?