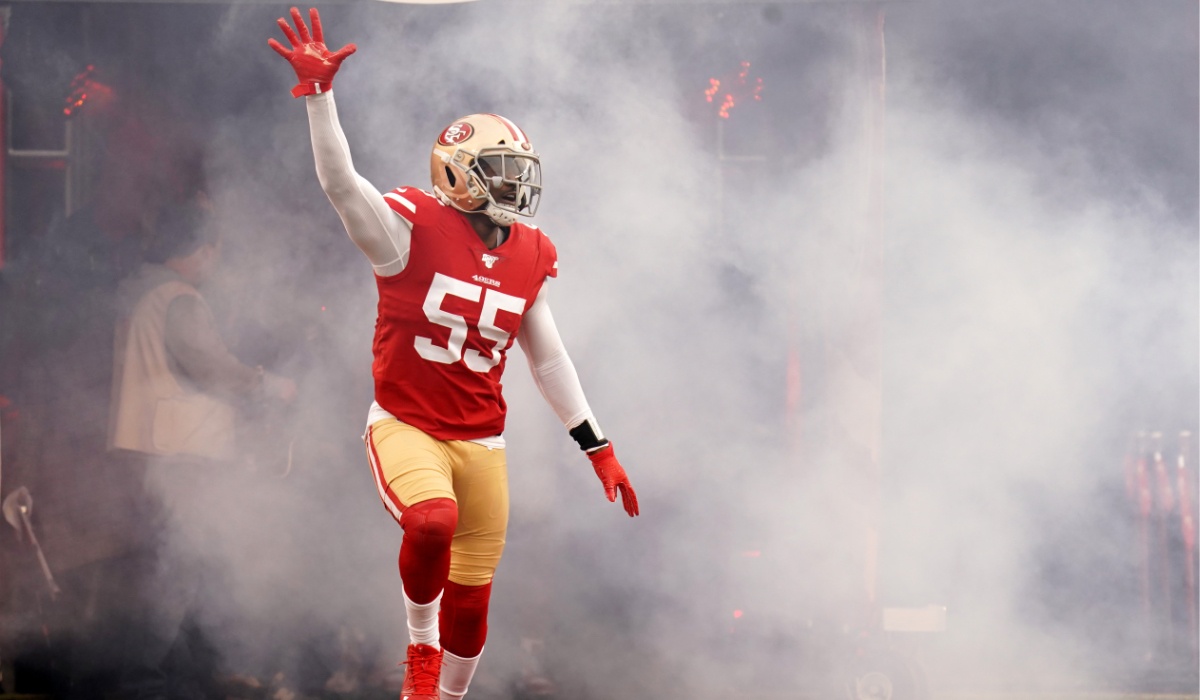 In Tuesday’s NFL News: 37 Players Land in the COVID-19 Pool; The rest of the season is in jeopardy for Dee Ford and Leonard Williams; and more. Don’t miss the NFL news.

Record number with 37 players in the COVID-19 Reserve

This Monday was unusual for the NFL. A total of 37 players around the league – 26 from active rosters, 11 from practice squads – were placed in the COVID-19 Reserve as a result of positive tests. Via Tom Pelissero of NFL Media, is the highest number of additions in a single day to the list since its creation in 2020, surpassing the 24 that were placed in the Reserve on July 28 of the current year. And in this space we review the most relevant movements:

What do you think of the increase in COVID-19 cases around the NFL? How would these casualties affect your respective teams in Week 15?

More context on the 36 NFL players who went on COVID lists today, via @RealJackAndrade @NFLResearch:

It’s more than the entire months of September or October, and double the previous in-season record of 18. The past three Mondays each set season highs.

After an unprecedented outbreak of positive COVID-19 cases this Monday, via Mike Garafolo of NFL MediaLast night the league sent a memo to all 32 NFL teams letting them know that, except for the playersAll eligible Level 1 and Level 2 staff members who have been previously vaccinated must receive a booster dose by Monday December 27th if they wish to remain under “vaccinated” status in the eyes of the league.

The sent memo states that, under the recommendation of the Centers for Disease Control and Prevention:

The personal of Level 1 It is made up of players, coaches, conditioning coaches, doctors, and more who need direct access to the players. However, the latest collective bargaining agreement signed by the NFL and NFLPA prevents the league from making the decision on its own that players should also undergo a booster shot. However, multiple reports indicate that the NFL and NFLPA are already discussing the matter. For his part, Level 2 staff It is comprised of general managers, football operations employees, and assistant coaches.

Finally, it is also relevant that a staff member of the Level 3 Washington Football Team tested positive for COVID-19 for the Omicron variant, being the first known case of said variant within the league. The Level 3 staff It is made up of operational staff members, internal media and broadcast personnel, transportation providers, and workers who perform facility, stadium, or event services, but are not allowed to be in close contact with the players. What do you think about the vaccination booster measures taken by the NFL?

Now official. NFL requiring booster shots of all Tier 1 and 2 staff by Dec. 27. Memo has gone out to teams. pic.twitter.com/lvRjCNADRQ

Bad news for the 49ers, who expect DE Dee Ford to miss the rest of the 2021 NFL Season, as HC Kyle Shanahan confirmed on Monday: “I’d be surprised if he came back. I think we will have to continue playing without him, ”said Shanahan, through Jennifer Lee Chan of NBCSportsBayArea.com.

Ford, who has not played for San Francisco since Oct. 24, was placed on the Injured Reserve in early November because of the same back injury that meant he could only play one game for the entire season in 2020.

The 49ers had expressed some optimism about a possible return of the veteran defensive end when they designated him to return from IR on November 24, but now, with the closing of the 21-day window to activate him on the roster of 53, the team must Make a final decision and it seems safe to say that you will not return.

After a trade Between Kansas City and San Francisco prior to the 2019 season, Ford signed a 5-year, $ 85 million contract with the 49ers, but has not lived up to expectations. Since then he has only participated in 18 games (2 as a starter) recording a total of 9.5 sacks during three seasons, and, by 2022, if he stayed on the roster, he would affect the team’s salary cap with 11.9 million dollars. What should the 49ers do about the Dee Ford situation?

49ers not expecting Dee Ford to return this season. https://t.co/loWFiLfy3R

Leonard Williams could miss the rest of 2021

Bad news in New York. DE Leonard Williams prematurely abandoned the Giants’ loss to the Chargers last Sunday with an elbow mishap. This Monday, via Ian Rapoport from NFL Media, the team was reported to fear the injury was significant and with only four games left in the campaign, there is a likelihood that Williams will miss the remainder of the 2021 NFL Season.

This would certainly be a brutal loss for the Giants. The 27-year-old Williams this season has started 13 meetings with New York, recording 62 total tackles, 5.5 sacks, 4 tackles for loss and 10 quarterback hits. In addition, he also has 1 forced fumble, 1 recovered and 1 defended pass.

The USC graduate came to the NFL as a first-round pick for the Jets in the 2015 NFL Draft, and it was until 2019 that he landed with the Giants after a trade between both franchises. Throughout his professional career, he recorded 385 total tackles, 34.5 sacks, 4 fumbles recovered and 8 passes defended. How much would Williams’s absence affect New York for the rest of the year?

Tyron Smith out for Week 15

In more NFL news, Dallas announced Monday that LT Tyron Smith, who had a severe left ankle injury the previous weekend against the WFT, will not play next Sunday when the Cowboys face the Giants in a duel corresponding to Week 15 of the 2021 NFL Season, as confirmed by HC Mike McCarthy, who, although he commented that he is not sure how long Smith will be absent, added that surgery is not an option.

Ankle injury isn’t new to Smith. This campaign has previously missed three games due to the same mishap. The Cowboys left tackle has been dealing with bone spurs in his ankle since Oct. 17, after Dallas defeated New England. For the above reason, he could not play the duels against Denver, Atlanta and Kansas City.

Therefore, for Sunday’s game in New York, Dallas must start at left tackle with Terence Steele or Ty Nsekhe. Still, Smith’s absence doesn’t bode well for a 14-15 Cowboys when the USC alumnus isn’t on the field. How will this loss affect Dallas in search of its 10th win of the year?