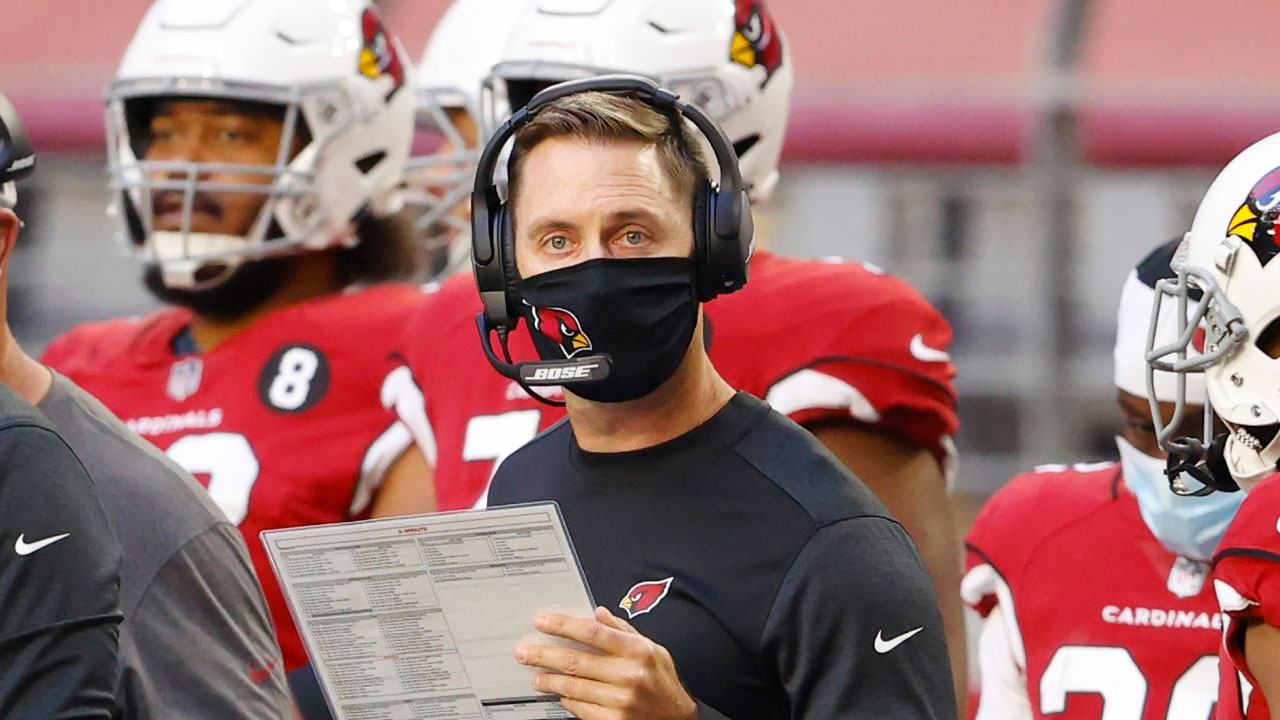 In this Monday’s NFL news: Jimmy Garoppolo not returning with the 49ers in 2022, Kliff Kingsbury could leave the Cardinals, the Titans put AJ Brown on IR. Don’t miss the NFL news.

Jimmy Garoppolo would not return to the 49ers in 2022

The previous week, HC Kyle Shanahan had indicated that he was not ruling out the possibility that QB Jimmy Garoppolo would remain with San Francisco the following season. However, this Sunday, via Ian Rapoport from NFL Media, the opposite was reported. The 49ers intend to pursue a Garoppolo trade in the next offseason so rookie Trey Lance can eventually become the franchise’s starting quarterback:

“Even in a quest for the Super Bowl, which is theoretically still possible at this point, this is the 49ers plan for next season: start Trey Lance, trade Jimmy Garoppolo. It’s not a surprise, they [los 49ers] they have been quite frank about it ”, commented Rapoport this Sunday in NFL GameDay Morning. “What Garoppolo is doing now is increasing the value of the picks the 49ers would get in a trade that involves him, and making it more likely that they want to take him somewhere he wants to go.”

Garoppolo is currently playing under a 5-year, $ 137 million contract that will expire at the end of the 2022 NFL Season, and if Jimmy G were to stay with the team for another year, his impact against the salary cap the following season would be $ 27 million. ; figure too high for a quarterback who sooner or later should go to the bench. Therefore, seeking a trade is the most feasible option for both Jimmy G and the 49ers. In which team will we see Garoppolo in 2022?

Kliff Kingsbury could leave the Cardinals

A hiring carousel in college football could end up opening a head coach opening in the NFL. With information from Adam Schefter of ESPN, the University of Oklahoma, who this Sunday was left without a head coach, would look for Kliff Kingsbury, current HC of the Cardinals, to take over the program of college.

The news starts that this Sunday afternoon it became official that the Oklahoma Sooners were left without a head coach when Lincoln Riley, 38, decided to sign with USC (University of Southern California), taking the vacancy that Clay Helton left when he was fired last September after going 46-24 in seven seasons.

So in Oklahoma they need to fill the vacancy, and Kingsbury is one of the main targets. The current head coach of Arizona has the team as the best seed in the NFC with a 9-2 record, however, throughout three seasons he only has a record of 22-20-1 (.523%) and this 2021 is under his last year of contract so, momentarily, his stay with the Cardinals for the following season is not guaranteed. Will we see Kingsbury as HC in the NFL in 2022?

The fearsome offense that the Titans presented at the start of the 2021 NFL season is more depleted than ever. Via Adam Schefter of ESPNLast Friday, WR AJ Brown was placed on the Injured Reserve, joining WR Julio Jones, RB Derrick Henry, among others on the list.

Without a doubt this is a very important loss for Tennessee. Brown leads the team this season with 46 receptions for 615 yards and 3 TDs. However, he suffered chest, rib and hand injuries in the surprise loss of Week 11 to the Texans, and now the earliest he could return would be next Thursday, December 23, when the Titans face the 49ers at TNF in Week 16.

Finally, Brown’s injury could be a great opportunity for WR Golden Tate, who is on the practice squad, to see time on the field. Tate signed with Tennessee last week and practiced with the team Wednesday, Thursday and Friday, but they decided not to raise him to the active roster yet. However, with the limitations shown by the offensive arsenal, it will be a matter of time before HC Mike Vrabel makes the decision. Can the Titans survive an injury-filled 2021?

In more NFL news, the league was dressed in mourning the previous Saturday. Former defensive lineman Curley Culp, Hall of Famer and historic Chiefs and Oilers, died of complications from pancreatic cancer at the age of 75, as confirmed by his wife Collete Bloom, who announced the death “on behalf of the family and with the broken heart ”.

Culp, who just a couple of weeks ago announced that he was diagnosed with stage 4 pancreatic cancer, is considered one of the best nose tackle in NFL history. He came to the league as a second-round pick for the Broncos in 1968, however, the team considered him too small to be a defensive lineman, so in the first training camp they traded him for a fourth-round pick to the Chiefs. , where it would become a legend.

In Kansas City he played for seven seasons, becoming champion of Super Bowl IV. He later came to the Oilers in 1974, where he also played seven seasons, and finally retired in 1981 after two years in Detroit. Throughout his career he was a 5-time All-Pro, 6-time Pro Bowler, and, in 179 total games, he recorded 14 forced fumbles and 10 recovered. All of the above earned him immortalization in the NFL Hall of Fame in August 2013:

“The Pro Football Hall of Fame family mourns the passing of Curley Culp,” HOF President Jim Porter said in a statement. “He was a wonderful man of great integrity who respected football and how it applied to everyday life. Curley’s humility and grace were always evident. He loved the Hall of Fame, always proudly wearing his gold jacket when he visited Canton many times after his election in 2013. ”

“Our thoughts and prayers are with Curley’s wife, Collette, and her entire family during this difficult time. The Hall of Fame will forever protect his legacy. The Hall of Fame flag will fly at half mast in Curley’s memory, ”the statement concludes. How would you describe Curley’s trajectory between the AFL and NFL?

Dalvin Cook and the most relevant injuries of Week 12

In the absence of the MNF, Week 12 of the 2021 NFL Season has almost come to an end. We had a very emotional Sunday: the Patriots defeated the Titans, the Buccaneers reaffirmed themselves against the Colts, the Dolphins won their fourth game in a row; and more. However, like every weekend, there were injuries everywhere and in this space we review the most important casualties.

Dalvin Cook separated his shoulder on Sunday against the 49ers. The Vikings RB will have an MRI Monday to determine what damage was caused, per @RapSheethttps://t.co/MawEE2EgmM pic.twitter.com/4bVWFqzhSy