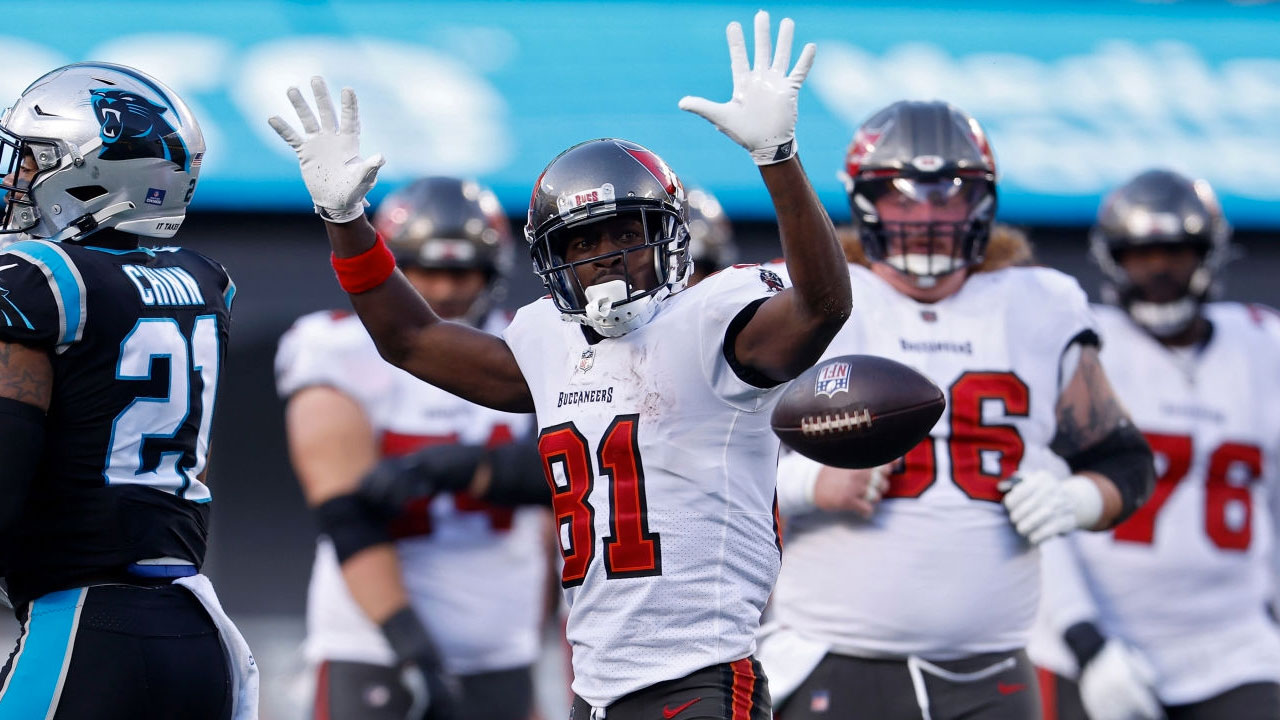 In the NFL news this Monday: The Packers would place franchise tag about Davante Adams; Buccaneers cut Antonio Brown; and more. Don’t miss the NFL news.

The regular season is about to come to an end. In the absence of just 1 more week to meet the 14 invited to the 2021 Playoffs, the NFL modified and defined new schedules for various games that will take place in Week 18, and this is the schedule that no one can ignore:

All meetings in Central Mexico time

What do you think about the rescheduling made official by the NFL? Which meeting deserved to be changed to a different time?

The meeting of Week 17 of the 2021 NFL Season between Buccaneers and Jets, beyond the result, was conspicuous by a unique event that occurred throughout the game. WR Antonio Brown was once again the center of attention, this time because, with a few minutes remaining in the third quarter, and while he was on the sidelines, he decided to remove his uniform, throw certain items towards the stands, and head towards the dressing rooms across the field while his teammates were still on the field of play.

Clearly, the above did not go unnoticed. The HC Bruce Arians at the end of the game confirmed that Brown, who previously had been on the tightrope for having “misrepresented his vaccination status”, is no longer part of the Buccaneers organization: “He is no longer a Buc. That is the end of the story. Let’s talk about the guys who came out and won the game, ”Arians said at a press conference.

Brown, known in the NFL for his explosive character and lack of discipline, through his social networks has not expressed anything about the incident. In fact, her only two posts after the episode she starred in have been about a rap song of her own entitled “Pit Not the Palace.” Finally, perhaps the world of music is what awaits him because it is unlikely that he will receive a new opportunity within the league. What do you think about Antonio Brown’s situation?

Here’s the video of Bruce Arians making the Antonio Brown news official: “He is no longer a Buc. That’s the end of the story. Let’s talk about the guys who went out there and won the game. “pic.twitter.com/fVBlytElt0

The Packers would place franchise tag about Davante Adams in 2022

The 2021 NFL Season is getting closer and closer to the end, and although several teams have already secured their ticket to the Playoffs, they must also be thinking about the next season, and that is exactly what happens in Green Bay. Via Ian Rapoport of NFL Media, This Sunday it was reported that the Packers would place a franchise tag on WR Davante Adams for the 2022 season.

Adams, who signed a 4-year, $ 58 million contract extension with Green Bay in December 2017, is set to become an unrestricted free agent in the next offseason. Talks about a multi-year player-team extension have currently not borne fruit, but the Packers do not plan to lose one of their best men.

As a rule, if the franchise player label is applied, Adams would be entitled to a salary increase of 20% over his current impact against the salary hit of this 2021, which is 16,787 million dollars. Hence, your franchise tag By 2022 it is estimated at 20,144 million dollars, a figure that, if paid, would ensure Adams’s stay at least one more season with the Packers.

Since his arrival in Green Bay, the Fresno State graduate has accumulated 663 receptions for 8,066 yards and 11 TDs in 115 games played. Under his belt he has 3 seasons of 1000+ receiving yards and 5 with 10+ touchdowns, so a priority for the Packers for the future in the medium and long term must, without a doubt, be to protect Adams as a member of the roster. What do you think about the possible decision that Green Bay would make for 2022?

After months of no action, the #Packers and WR Davante Adams appear headed to franchise tag after the 2021 season.

Michael Gallup and the most relevant injuries of Week 17

In more NFL news, in the absence of the MNF, Week 17 of the 2021 NFL Season has almost come to an end. We had a Sunday full of emotions: the Bengals surprised the Chiefs, the Raiders the Colts, the Patriots crushed the Jaguars; and more. However, like every weekend, there were injuries everywhere and in this space we review the most important casualties.