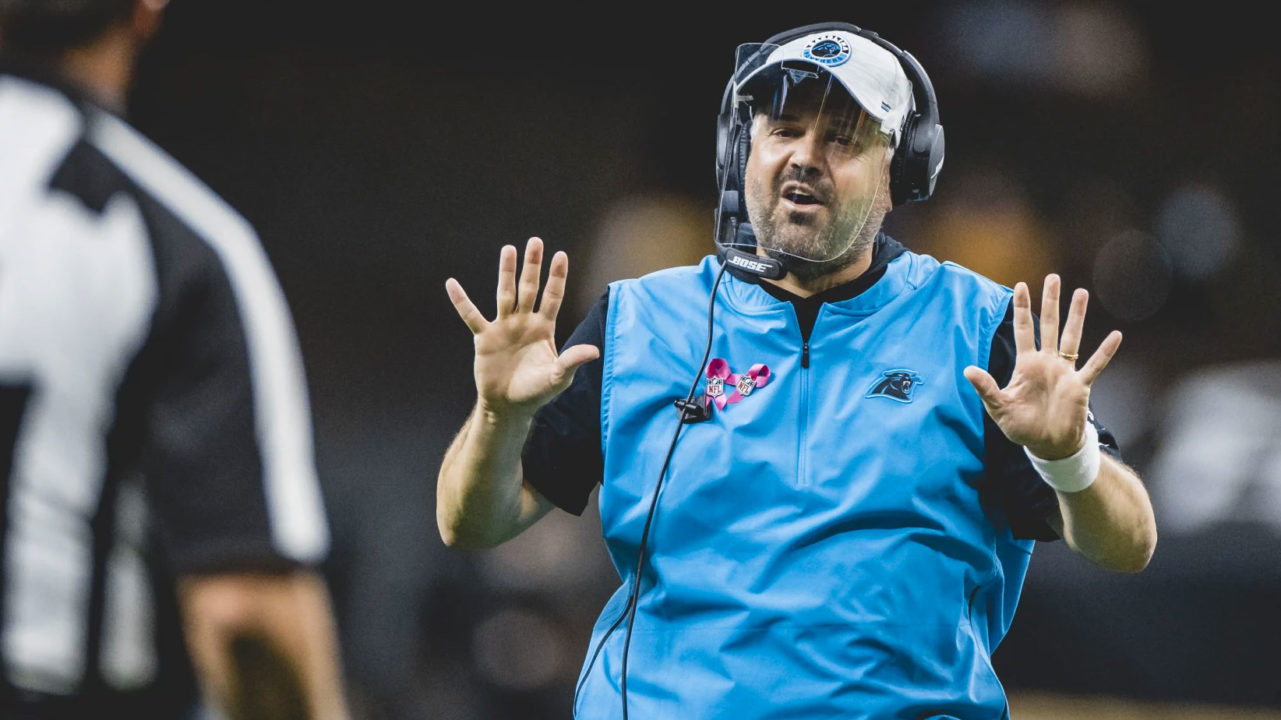 In the NFL news this Monday: Steelers would trade GM; Anthony Lynn would leave Detroit; Matt Rhule would remain in Carolina; and more. Don’t miss the NFL news.

An era in Pittsburgh may be nearing its end, and it’s not necessarily just QB Ben Roethlisberger. Via Ian Rapoport and Tom Pelissero from NFL Media, This Sunday it was reported that Kevin Colbert, who has served as general manager of the Steelers since 2000, would leave his position shortly after the 2022 NFL Draft, which will be held from April 28 to 30.

Colbert’s current contract runs right through to the 2022 NFL Draft and, according to the initial report, he has told a variety of staff that he intends to remain in his current position until then. However, and although “it has not been definitive” in conversations with those close to him, Colbert has acknowledged that this is probably his last season as general manager in Pittsburgh, and the expectation is that he will retire “sooner rather than later” after the draft. .

Colbert, throughout his tenure with the Steelers, has led the team to 3 Super Bowls, winning 2 of them, and has accumulated a 225-124-3 record. Before the start of the 2021 NFL Season, he referred to his future in an interview with NFL.com pointing out that he would talk about it with his loved ones “when the moment comes”, and everything indicates that said moment is nowhere to be seen.

Finally, if the foregoing were to be confirmed, within the organization there are currently two candidates to relieve Colbert; This is Omar Khan, vice president of football administration; and Brandon Hunt, pro scouting coordinator. How would you rate Colbert’s tenure at the helm of Pittsburgh?

Carolina would keep Matt Rhule as head coach in 2022

After seven straight losses, the Panthers’ 2021 NFL Season came to an end with a poor 5-12 record, yet despite that, there may not be much change heading into the next season. Via Jeremy Fowler from ESPN, this Saturday it was reported that Carolina plans to keep HC Matt Rhule at the forefront of the team for 2022 and, following the recent dismissal of OC Joe Brady, Rhule will begin a “comprehensive search” for an offensive coordinator starting this week.

Rhule, 46, came to the Panthers as head coach in the 2020 season, yet he only has a 10-23 record in command of the team. Additionally, since he fired Brady last October, it was Jeff Nixon, senior offensive assistant, who assumed the OC duties along with the rest of the offensive staff. However, Carolina finished the season fourth-worst in points scored per game (17.9), total yards per game (317.9) and passing yards per game (209.6).

Panthers owner David Tepper signed Rhule in January 2020 under a $ 62 million, 7-year deal, in addition to paying an additional $ 6 million to terminate Rhule’s contract with Baylor University at the time. However, it would be a real surprise if Rhule lasts more than 3 seasons at the helm of this team. Does it deserve one last try under Carolina’s command?

Anthony Lynn to step down as Lions offensive coordinator

The regular season has come to an end for several teams that as of today will begin to think about the 2022 NFL Season; This includes the Lions who, via Ian Rapoport of NFL Media, plan to remove offensive coordinator Anthony Lynn from his position after just one year with the team. Rapoport notes that Detroit was expected to dispense with Lynn at the end of yesterday’s game against the Packers so it may only be a matter of time before the firing becomes official.

This 2021 the Lions offense finished eighth worst in average points per game (19.1), number 31 in third-down conversions (34.7%) and also finished half down in average per game of total yards, aerial and ground yards. Neither QB Jared Goff, nor RB D’Andre Swift or TE TJ Hockenson could ever lift the attack of this team that, heading to 2022, will most likely have a new coordinator.

In fact, although Lynn served as OC, after Detroit’s 0-8-1 start, HC Dan Campbell decided to start commanding the plays himself, downgrading Lynn’s power into consideration: “I’ve been in Dan’s place. , and if I was 0-8 and I need to fire up my team, then as an offensive guy, I probably would have done the same, ”Lynn noted last November. “He would be a hypocrite if he did not agree with what he did.”

Thus, Lynn, who from 2017 to 2020 was head coach of the Chargers, could find himself unemployed, if not in the next few hours, most likely throughout the offseason that for the Lions begins today. What does the future hold for Anthony Lynn in 2022?

Tampa Bay’s defensive line took a big step into the future. Via Ian Rapoport of NFL Media, This Saturday it was confirmed that DT Vita Vea signed a contract extension with the Buccaneers for 4 years and 73 million dollars, thus ensuring his stay with the team until the 2026 NFL Season.

See, who is playing under the fourth year of his rookie contract for $ 2.5 million this season, has started 16 games with the Buccaneers this season. And now, as one of the defensive pillars of the franchise, with an average annual salary of $ 18.25 million, he becomes the fourth highest paid defensive lineman in the NFL, behind only Aaron Donald (22.5 million dollars), of the Rams; DeForest Buckner (21 MDD), of the Colts; and Chris Jones (20 MD) of the Chiefs.

The University of Washington graduate came to the NFL as a first-round pick from Tampa Bay in 2018. Since then, he has recorded 6 passes defended, 11.5 sacks and a total of 104 tackles. What do you think of this move by the Buccaneers?

Buccaneers, Vita See agree to terms on a 4-year extension worth more than $ 73 million. (via @TomPelissero, @RapSheet) pic.twitter.com/SNB8wXZ3jX

Taysom Hill and the most relevant injuries of Week 18

In more NFL news, the 2021 regular season has come to a close. We had an emotional Sunday: the 49ers beat the Rams in overtime to make the postseason; the Jaguars knocked out the Colts by surprise; Raiders stole last AFC spot from Chargers; and more. However, like every weekend, there were injuries everywhere and in this space we review the most important casualties.

Saints QB Taysom Hill questionable to return vs. Falcons due to a foot injury that HC Sean Payton said is a Lisfranc injury https://t.co/WNvoKh3N73 pic.twitter.com/pVjAWTRlYK