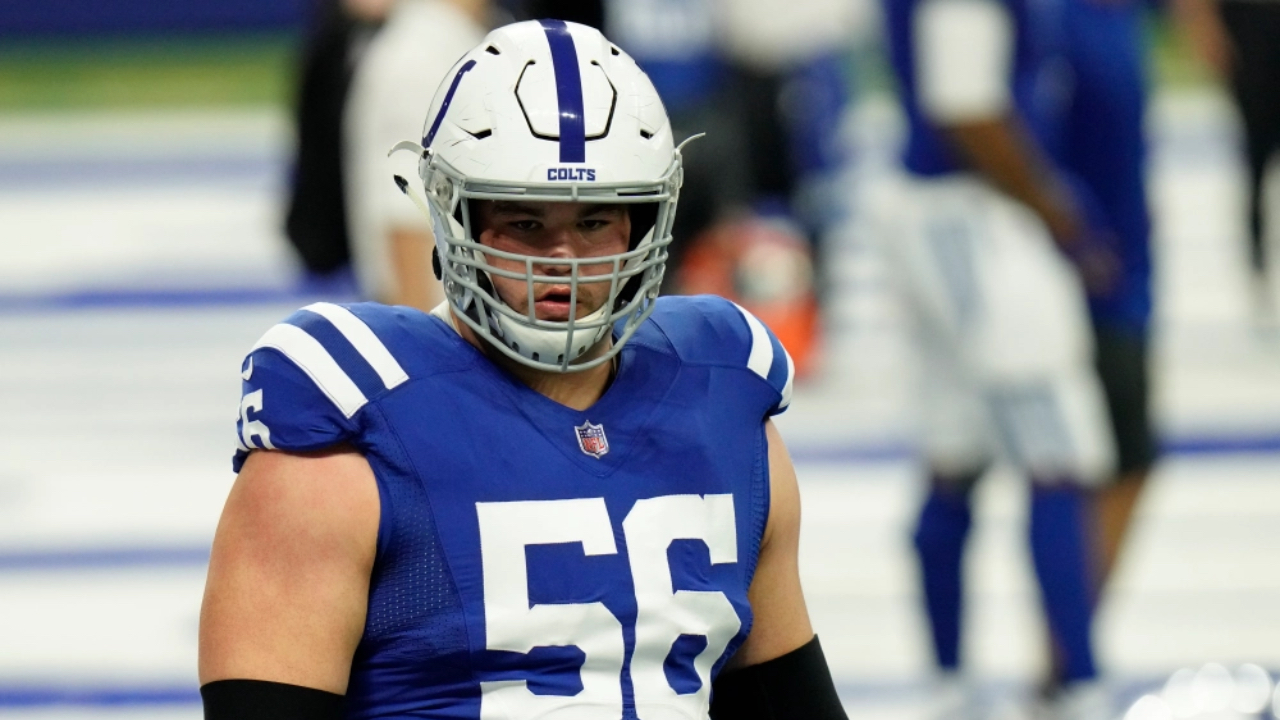 In this Friday’s NFL news: Dree Greenlaw is out 6-8 weeks; Nick Gates, broken leg; the Colts will be at Hard Knocks in the midseason edition, and more. Don’t miss the NFL news.

Do you want to compete with your picks against the First and Ten Staff and our entire community?

Sign up here to our league of NFL Pick’Em and Earn a trip to see a playoff game.

Dre Greenlaw will be out of 4 to 6 weeks

This Thursday it was confirmed that the 49ers defense suffered a heavy loss for the rest of the 2021 NFL Season. Via Matt Burrows, from TheAthletic.com, it was reported that LB Dre Greenlaw will undergo groin surgery which, while not completely ending his season, is still too early to accurately define his exact absence from the pitch.

Initially, Burrows commented that the injury would set Greenlaw apart for between 4 to 6 weeks, however, multiple other reports, such as that of Ian Rapoport from NFL Media, indicated that the recovery period would be 6 to 8 weeks. But finally, the general manager of San Francisco, John Lynch, commented yesterday afternoon that the estimate of 4 to 6 weeks “is accurate in terms of what we mainly know and think.”

“You have a couple of opinions about the groin,” Lynch said. “It’s a central muscle injury that Dre has been dealing with for the past two weeks, and he did a great job fighting it. [Él] had a great impact on the game against Detroit (…). It’s a loss, to say the least, but the good news is that all indications are that we’ll have him back later this season. We hope that”.

Greenlaw, 24, aggravated his injury last Sunday after a pick-six he performed to QB Jared Goff in the 49ers’ win over Detroit in Week 1, so backups Azeez Al-Shaair and Demetrius Flannigan-Fowles see a significant increase in snaps as Greenlaw recovers. Can the 49ers overcome this tough loss?

# 49ers LB Dre Greenlaw plans to have surgery either today or tomorrow, source said. He’s out 6-8 weeks after the core muscle procedure. https://t.co/uCmtgIALgQ

Week 2 of the 2021 season began with the Giants’ loss to the WFT on Thursday Night Football, however, those coached by Joe Judge lost not only the match, but also one of their best offensive linemen. Giants center Nick Gates, who served as left guard yesterday, suffered a broken lower leg after being run over by DT Daron Payne six minutes into the first quarter.

From Gates’ reaction, it was immediately known that it was a serious injury. In fact, he had to leave with his left foot completely immobilized. Later, through Dan Salamone of the team’s website, it was reported that Gates spent the night in Washington DC and will be operated this morning after being transferred to Inova Fairfax Hospital.

Gates, a Nebraska graduate, came to the Giants as an undrafted free agent in 2018, and has since appeared in 33 games with the team (20 as a starter). Finally, LG Ben Bredeson was the one who replaced Gates last night, and he is expected to be the one to replace him in the long run.

This Thursday the NFL confirmed an unprecedented news: the program Hard knocks, which tends to focus solely on teams’ training camps and preseason, will add a regular-season component for the first time, with Carson Wentz’s Colts taking center stage. The series of “multiple episodes” will premiere next Wednesday, November 17 through HBO.

This can be considered as great news for fans of the league. The existing version of Hard knocks Over time it became a bit uninteresting; even with the Cowboys taking center stage in 2021. Therefore, a product focused on the regular season can be very good to reactivate the audience.

In recent years, NFL Films and Amazon produced All or Nothing, a series based on a specific team’s regular season, but the episodes were released long after the season ended. Nevertheless, Hard knocks will feature new episodes that will premiere as the campaign continues its course. What do you think about the Colts being the chosen team?

Hard Knocks will have an in-season component, focusing in 2021 on a team that has had plenty of them in recent years. https://t.co/Hen6Nde4FE

One of the best members of the Bengals roster plans to change jerseys for next season. This Thursday, WR Tee Higgins, who currently wears No. 85, announced that by 2022 he will wear No. 5, which he previously wore with Clemson for three years in college football.

The reason for his decision is easy to understand, Higgins does not want to be seen as a replica of former WR Chad Ochocinco: “I keep seeing on Twitter, ‘Ochocinco 2.0 ′,” Higgins commented through Ben Baby of ESPN. “I don’t want to be a 2.0. Without disrespecting Chad. It is a great wide receiver. I just don’t want to be a 2.0 to myself. I want to be Tee Higgins, 1.0, number five. ” Higgins had initially commented that he would only revert to his college number if he scored 10 touchdowns this season, however the Twitter comments apparently changed his mind.

After being a second-round pick for the Bengals in the 2020 NFL Draft, Higgins, 22, is playing just his second season in the league, and has so far accumulated 71 receptions, 966 yards and 7 TDs, becoming a a key element of the Cincinnati offense. And from the next campaign we will see him using number 5 again.

Ryan Fitzpatrick will not have surgery; out 8 weeks

In more NFL news, it was reported on Monday that QB Ryan Fitzpatrick was placed on the Injured Reserve due to a hip subluxation suffered the previous Sunday in the WFT’s loss to the Chargers in a Week 1 matchup of the NFL 2021 season, however, the news has evolved since then. This Thursday, via Ian Rapoport from NFL Media, It was confirmed that Fitzpatrick will not undergo any kind of surgery, but will rehabilitate his injury through other methods.

Much of the previous decision has to do with Fitzpatrick’s plans to play again this season, and if his hip heals well, he should be back on the pitch in 6 to 8 weeks. But if rehabilitation does not produce the desired results, it is to be assumed that the subject of surgery will be on the table again at some point in the next few weeks, therefore, its participation for the rest of the year could be in doubt.

However, even if Fitzpatrick recovered in time, there is also the possibility that QB Taylor Heinicke will play well enough to take the job of Washington’s starter in the long term, and with performances like yesterday, he is on the right track. : Heinicke completed 34 of 46 passes for 336 yards and 2 TDs in the WFT’s 29-30 win over the Giants, proving he’s a real guarantee as a quarterback. Will we see Fitzpatrick play again in 2021?

Ryan Fitzpatrick not having surgery on hip injury. https://t.co/Vr9NhX7YQV

Can you predict the results of the NFL better than anyone?

Sign up here to our NFL Pick’Em league and Earn a trip to see a playoff game.

You can watch the episode of Thursday, September 16 through the Primero y Diez official channel on YouTube or direct from here: