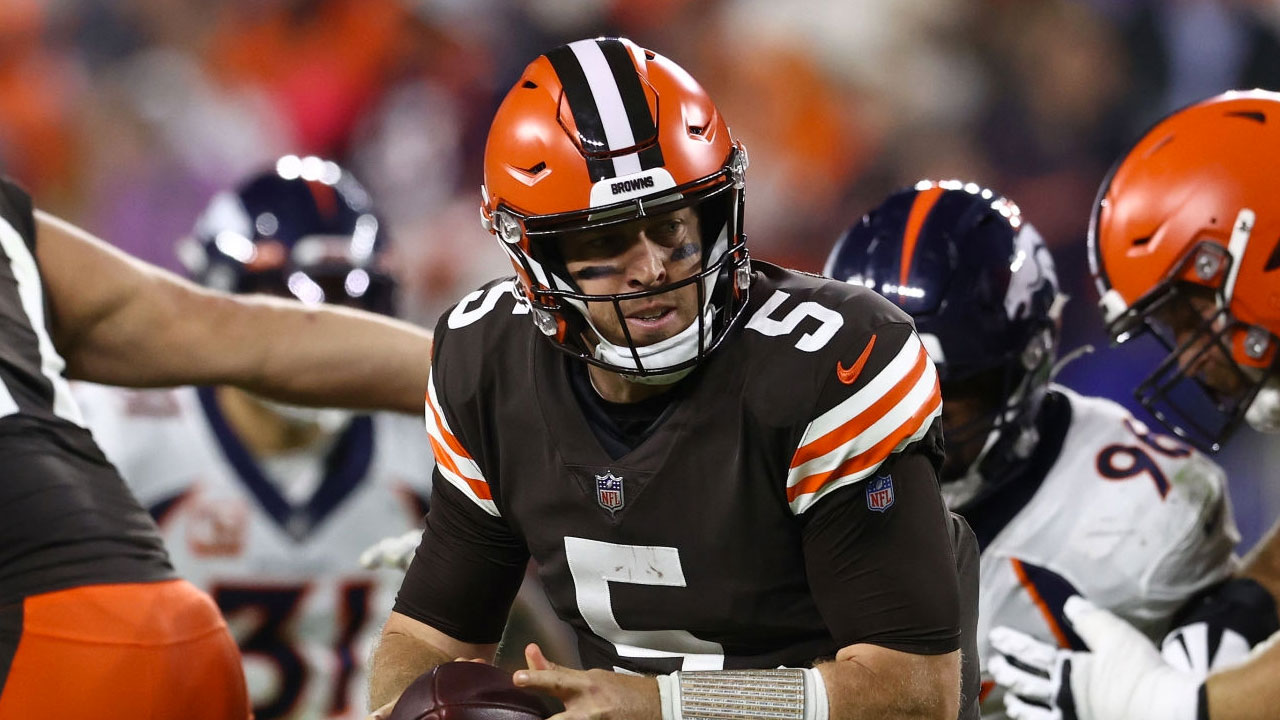 In this Friday’s NFL news: Case Keenum, positive for COVID-19; the return of Sam Darnold still looks distant; TJ Hockenson, out the rest of the season; and more. Don’t miss the NFL news.

The Browns are going through serious quarterback problems heading into Week 15. Via Mike Garafolo of NFL Media, this Thursday QB2 Case Keenum was placed in the Injured Reserve, joining QB1 Baker Mayfield, who entered last Wednesday. That leaves QB3 Nick Mullens the only active position on the team’s 53-fold roster, and he is now in line to be a starter this coming Saturday, when the Browns host the Raiders.

Thus, the coronavirus situation continues to burden Cleveland. Excluding Keenum, the team currently has 16 players placed in the COVID-19 Reserve, including safeties Grant Delpit and Ronnie Harrison, DB AJ Green and LB Jacob Phillips, who also tested positive Thursday. In addition, it should be remembered that HC Kevin Stefanski and running back coach Ryan Cordell are also not available at the moment due to COVID-19.

Finally, despite numerous absences, there is still no indication that the league will decide to postpone the meeting between Las Vegas and Cleveland. However, in the updated NFL protocols, announced Thursday, fully vaccinated players have the opportunity to return from quarantine just one day after their original positive test, so there is still hope for the Browns to see Mayfield or Keenum on the field this Saturday. What would Cleveland aspire to with Mullens on the field of play?

Despite the fact that the Panthers designated QB Sam Darnold to return to team training the previous Wednesday after a stint on the Injured Reserve due to a shoulder injury, Carolina is still a long way off activating her quarterback to the 53-percent roster. , this is how HC Matt Rhule hinted this Thursday:

“It’s good for Sam to start getting out there, practicing with his partners, and doing some exercises,” Rhule commented via Darin Gantt on the team’s website. “He is registered, but not authorized to play. I’m not sure when that will be. He is well enough to throw and move, but is still unable to receive contact. That will come down to a CT scan, probably in the next few weeks. So he still has a way to go ”.

Darnold has been out since sustaining a shoulder injury in the Panthers’ loss to the Patriots in Week 9. While he is already allowed to participate in training sessions, the exercises he can perform are limited due to his shoulder not ready for contact yet.

Therefore, with only four weeks remaining in the 2021 NFL Season, Darnold may not play a game again, and perhaps even his time as Panther has come to an end. This campaign Darnold records 182 of 306 completions for 1,986 total yards, 11 TDs, and 7 INTs; After a splendid start to the year, he quickly regressed that at Carolina made it clear that he is not the franchise quarterback the team expected. Where will we see Darnold play in 2022?

This Thursday night just wasn’t the best for Los Angeles. Not only were the Chargers defeated on Thursday Night Football of Week 15 against the Chiefs, but they also lost a very important element of their offense, TE Donald Parham Jr., who unfortunately had to leave the game during the first drive of the game. play.

At 4 & goal in the first quarter, QB Justin Herbert fired a shot at Parham in the end zone, however the sophomore tight end hit his head hard on the ground when he tried to catch. Subsequently, the team’s medical personnel mounted Parham on a stretcher, placing him in a neck brace, to transport him outside the vicinity of SoFi Stadium:

“TE Donald Parham Jr. is currently undergoing tests, imaging and evaluation for a head injury at UCLA Harbor Medical Center. [West Carson, California] and is in stable condition, “said the Chargers through a Tweet from the official team account.

This 2021 Parham registers 20 receptions for 190 yards and 3 TDs. However, after this hard mishap, his status for Week 16 when Los Angeles visits Houston next Sunday, December 26, is in jeopardy. How would you classify the injury suffered by Parham in yesterday’s match?

Donald Parham Jr. is being evaluated at UCLA Harbor Medical Center and is in “stable condition,” according to the Chargers. pic.twitter.com/qou17qyM4Q

TJ Hockenson, out the rest of the 2021 NFL Season

In more NFL news, the Lions’ hopes of a second win this season have just been slashed. Via Adam Schefter of ESPN, on Thursday, it was reported that TE TJ Hockenson, who came to Detroit as a first-round pick in 2019, underwent thumb surgery that will end his 2021 NFL season. The report adds that Hockenson is expected to be ready for the team’s next offseason program.

This is certainly a brutal casualty for the Lions offense. Hockenson, who was absent since Detroit’s loss to Denver last week due to a bad thumb, this year started the first 12 games of the season, recording 61 receptions for 583 yards and 4 TDs, leading the team in each of said categories and quickly establishing himself among the elite of tight ends in the NFL.

Finally, the Lions will have to make a decision in the next offseason on whether or not to exercise the fifth-year option of the Iowa graduate, and, considering that since his arrival in the franchise he has accumulated 156 receptions for 1,624 yards and 11 TDs, It would seem reasonable for Hockenson to at least stay in Detroit for the short to medium term future. Should rebuilding Detroit revolve around Hockenson?

The wave of coronavirus infections around the league does not stop. Via Mike Garafolo of NFL Media, This Thursday it was reported that, as a result of positive tests, 22 players from active rosters – plus 4 from practice squads – were placed in the COVID-19 Reserve. In this space we recapitulate the most relevant additions to the Reserve: