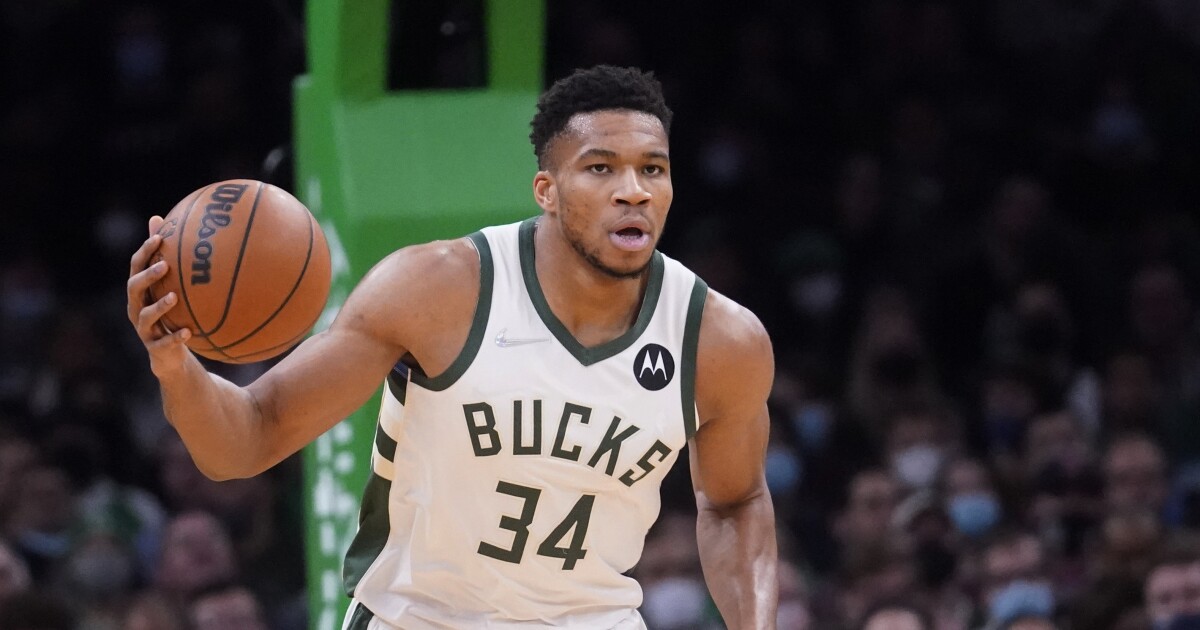 Sports leagues in the United States are seeing COVID-19 outbreaks rapidly increase with dozens of players in health and safety protocols, amid a continued increase from the Delta variant of the coronavirus and the rise in cases of the Omicron mutation. which is highly transmissible.

Both the NBA and NHL have had to postpone games in the last month due to the large number of sidelined players, and men’s basketball teams in Tulane and the University of Washington have seen games canceled due to outbreaks in their programs. The NFL doesn’t want to postpone games, but says they can be called off.

The difficulties for American sports come after the increase in infections in Europe, where the officials of the English Premier League suspended three football matches in four days because of the virus and the German government temporarily restricted attendance at stadiums in the Bundesliga at 50% or 15,000 fans.

But don’t expect the American leagues to play in a “bubble” again or to suspend for a couple of weeks to let things cool down.

“As our system is configured now, an infection triggers a chain of events and that leads to confusion, disruption, chaos. But medically, these people are vaccinated and they are not going to end up in the hospital, ”said Dr. Peter Chin-Hong, an infectious disease specialist at the University of California, San Francisco.

“We are in a very different world than a year ago. … It’s not so bad for young, healthy athletes, ”added Chin-Hong.

And the financial stakes are too high for leagues to even consider closing, considering the millions and millions of dollars that were lost when the sport was halted last year. You also have to take into account the pressure of the fans.

“In short, it is the money that is driving the decisions (of the leagues) to keep playing, even in the face of these outbreaks,” said Nola Agha, professor of sports management at the University of San Francisco.

“I don’t think they will reduce the number of fans or close the entire season,” he continued. “I think they will continue to do the best they can within the guidelines of the local health department.”

In Canada, on Wednesday, the nation’s largest province, Ontario – home to the NBA’s Toronto Raptors and the NHL’s Toronto Maple Leafs and Ottawa Senators – capped 50% capacity for large concentrations such as professional sporting events.

So far, the NHL is the league that has postponed the most games this season in North America, with 10. The Senators were first in mid-November, followed by the Calgary Flames and the Carolina Hurricanes this week. On Wednesday alone, the Nashville Predators added six players and six staff members to health and safety protocols, and Boston Bruins captain Patrice Bergeron also entered.

The Omicron variant is primarily responsible for the increase in cases in the NHL, according to a person with direct knowledge of the discussions between the league and the NHL Players Association, but it is not responsible for all the positive tests. The person spoke on condition of anonymity because the conversations were private.

The person also said the NHL is reintroducing improved COVID-19 protocols, including requiring players to stay in their hotels while traveling and retesting daily until at least January 7.

Interim coach Derek King of the Chicago Blackhawks, who were due to play the Flames this week, said the team has been reinforcing with players the importance of social distancing, hygiene and avoiding crowds.

“You just have to follow the instructions, because we don’t want to be one of those teams that has to rearrange their schedule because we have COVID,” King said.

The NBA also has several stars in the COVID-19 protocols at this time, including Giannis Antetokounmpo of the Milwaukee Bucks and James Harden of the Brooklyn Nets. As of Wednesday afternoon, 33 players – about 6.5% of the league – were on protocols, and 17 of them were playing in Chicago or Brooklyn.

The Bulls had games postponed Tuesday and Thursday because they didn’t have enough players available, while Brooklyn played with an NBA roster minimum of eight on Tuesday.

That same night, when Golden State Warriors guard Stephen Curry broke his career record for triples at Madison Square Garden in New York, NBA commissioner Adam Silver was not in the crowd: so much he and Deputy Commissioner Mark Tatum have undergone daily tests after attending an event hosted by Toronto President Masai Ujiri, which tested positive shortly after.

“Like the rest of the country, and just as our infectious disease specialists predicted, we have seen an increase in cases across the league,” NBA spokesman Mike Bass said Wednesday, adding that the league will continue to lead. by science and data and will cooperate with the Players Association.

The NBA states that 97% of players are vaccinated and just over 60% have received booster shots.

Preeti Malani, director of health at the University of Michigan, an infectious disease expert and a member of two Big Ten COVID-19 advisory committees, said the reinforcements will be “essential” to avoid calendar disruptions.

“The most important thing we can do, whether in sports or at school or in the workplace, is to be vaccinated,” Malani said.

The NFL is fortunate that most of its games are played outdoors, so there is less risk to fans.

But the league is having its worst outbreak in terms of players on the reserve / COVID roster: Eighty-eight tested positive Monday and Tuesday, with several more joining on Wednesday, including eight from the Washington football team. The Los Angeles Rams have 16 on the roster.

That’s a small percentage for a league with about 2,200 players between active rosters, injured reserves and practice rosters. But the Omicron variant could cause it to ramp up quickly.

“Anyone who has been involved in any kind of close contact or test at this point has been removed or separated from the team, and they are in virtual meetings,” said Judge.

The NFL Players Association has been setting off alarms for months about the league’s shift from daily to weekly testing, making outbreaks difficult to detect.