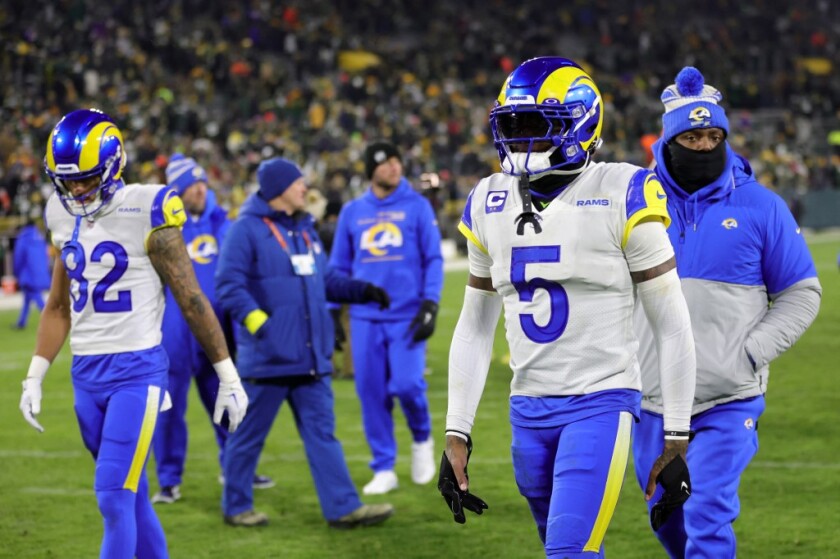 The Los Angeles Rams, champions of Super Bowl LVI, consummated in week 15 of the 2022 NFL season the most disappointing year for a monarch in this century by running out of chances of qualifying for the playoffs.

which tied the 1999 Denver Broncos for the most losses by a defending Super Bowl champion in NFL history.

The stumble also represented the fourth time in the Vince Lombardi Trophy era that a monarch has been eliminated from the playoffs With more than one game to play, in the 2022 season there are three games left.

Los Angeles Rams, last place in the West division of the National Conference (NFC), with four wins and 10 falls had a nightmare season plagued by injuries to the men that led them to the NFL title last February.

, winner of the triple crown in 2021 for being the receiver with the most yards, receptions and scores; In addition, he was named the Most Valuable Player (MVP) of Super Bowl LVI.

Kupp suffered a high-ankle sprain that sidelined him for the season and the Rams were without their most dangerous man.

Adding to the loss of their star receiver was that of Matthew Stafford, main quarterback, in the week 11 loss against the New Orleans Saints.

Stafford suffered against the Saints from a hit that placed him in concussion protocol in the week nine game they lost to the Tampa Bay Buccaneers.

The quarterback felt numbness in his legs that took him out of the game; he did not return to the controls of the team that signed former Panthers Baker Mayfield for the season finale.

As if that weren’t enough, the defense also had to find solutions due to the injury of Aaron Donald, their flagship man, who has an ankle problem.

Without so many troops, coach Sean McVay’s team became the worst offense in the NFL, a situation that the coach acknowledged after the loss against the Packers and said it affected them to run out of chances to defend the title.

“I want to say that this has been a true fight of many adversities, despite that, our boys are going to continue fighting. We’ll finish these last three games with the right mindset and compete to the best of our ability,” McVay said.

So many absences make these Rams look little or nothing like those who lifted the Vince Lombardi trophy with a 23-20 win over the Cincinnati Bengals on February 13 and today they are the worst defending champion in the 21st century.

NFL: Los Angeles Rams signed the most disappointing year, of a champion, in the century