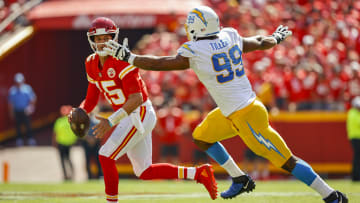 The New England Patriots enter Week 15 as one of the most dominant teams of the 2021-22 NFL season and will look to extend their winning streak this Saturday on the road against the Indianapolis Colts.

The game will be played at Lucas Oil Stadium, Indianapolis. It can be seen via streaming through the NFL Game Pass.

New England has just completed its bye week and will bet on this duel to extend its seven-game winning streak, after in the most recent game its defense dominated the Bills from start to finish and will consolidate at the top of the East of the AFC.

Indianapolis arrives very motivated after the tremendous beating that they gave the Texans by 31-0 and wants to enforce its condition as a local by the hand of Carson Wentz, who in that game had 158 yards, a touchdown and did not lose any balls.

The Patriots have three players out for this game: offensive lineman Yodny Cajuste (illness), running back Damien Harris (hamstring) and linebacker Ronnie Perkins (ankle). In doubt is the participation of running back Brandon Bolden (knee) and kicker Nick Folk (knee), among others.

For the Colts, only defender Antwaun Woods (calf) is ineligible to play, while the availability of Ryan Kelly (illness) and defender Grover Stewart (illness) will be decided before the game.