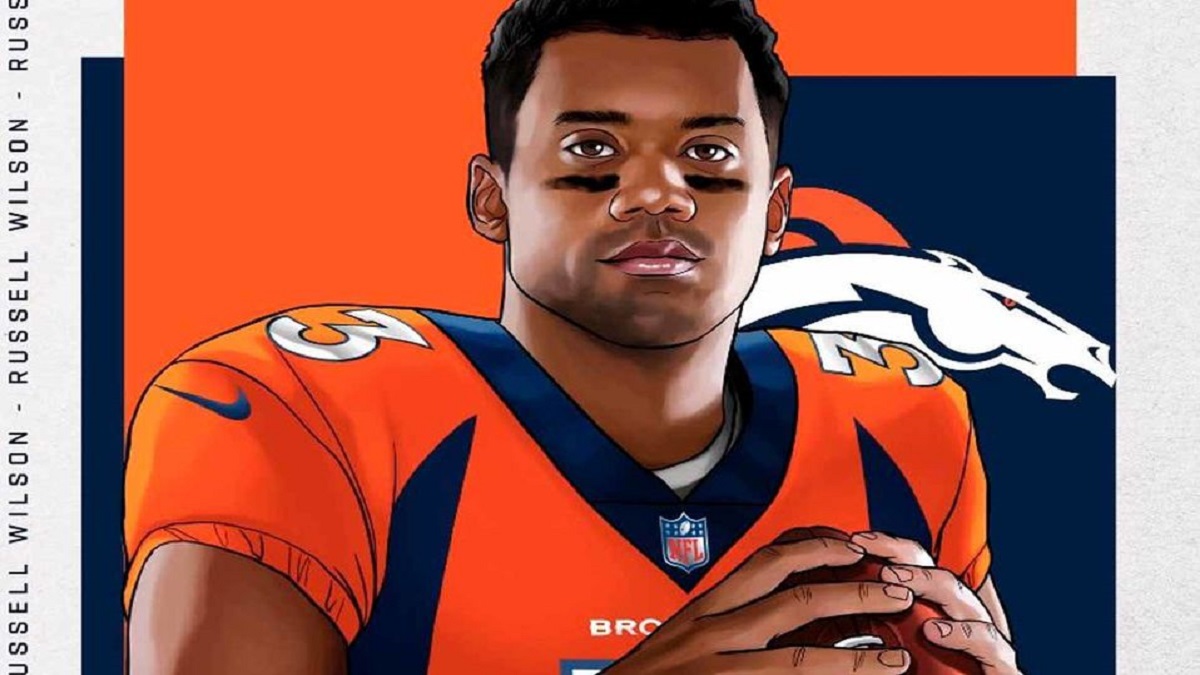 The NFL free agency period officially begins on Wednesday, where the highlight is the movement of quarterbacks

The new NFL year begins at 4 p.m. ET on Wednesday, March 16. From that moment on, the free agency movements of the 32 franchises will be official. But as normally happens, that date will only serve to formalize the new agreements, which can be negotiated from the previous week.

That is why in the last few days there has been constant news about new agreements and, at this point in the process, mainly related to quarterbacks, since they are the most demanded position in the League. Let’s see what has happened in recent days with the agreements that have been reached:

The Cardinals finalized veteran linebacker Jordan Hicks, who had a breakout 2021 season, posting 116 tackles and four sacks. But he was released to make room for Zaven Collins, their first pick of 2021, who they want to give more minutes to.

Last season there was locker room trouble with Hicks, who claimed he was the starter and didn’t want to lose playing time because of a front office decision.

In another move, the team extended the contract of running back James Conner, who led the team in rushing in 2021. The deal would be for three years, for $21 million, including $13.5 million guaranteed, and could grow to a maximum of $25.5 million. , by objectives.

They also confirmed a three-year, $31.65 million ($17.5 million guaranteed) deal with veteran tight end Zach Ertz. While the other carrier of the team, Chase Edmonds, signed two seasons and 12.6 million with the Miami Dolphins.

In addition to the addition of Amari Cooper, in a trade with Dallas, the Browns asked the Texans about their quarterback Deshaun Watson, who did not play in 2021 due to sexual assault charges. Watson so far is allowed to return to the field, but in Houston they believe it is more of a problem than a solution and preferred to get college selections instead.

If this move comes to fruition, it would be the end of Baker Mayfield in Cleveland, where he hasn’t finished developing into the solution at the position the team is looking for. In another move, the team released catcher Jarvis Landry on Monday, as expected, as he had a $16 million contract for 2022.

The American Conference champion chose to strengthen his offensive line, to improve the protection of his quarterback, Joe Burrow.

To do this, they hired two offensive linemen: guard Alex Cappa, from the Buccaneers, in a four-year, $40 million deal. As well as with Ted Karras, center/guard, from the Patriots, for three seasons and 18 million.

Cowboys looking to build up and open salary cap space

The Texan team has had a lot of movement. They first announced contract restructurings for quarterback Dak Prescott and offensive lineman Zack Martin to open up salary-cap space. They then released tight end Blake Jarwin and kicker Greg Zuerlein on Friday.

While on Saturday they finalized a trade with the Cleveland Browns to send wide receiver Amari Cooper along with their sixth-round pick, in exchange for the Browns’ fifth and sixth picks for the 2022 Draft.

With the departure of Jarwin, who is now recovering from career-threatening hip surgery, Dallas has franchise-tagged its other tight end, Dalton Schultz, with the intention of finalizing a multiyear deal before July 15. .

On Sunday, they signed a five-year, $62.5 million extension to Michael Gallup’s contract. The contract will have $27 million guaranteed and the promise that he will be the team’s No. 2 receiver. The team is expected to release Cedrick Wilson, who signed with the Dolphins on Monday for a three-year, $22.8 million deal after having a good year as the team’s No. 3 receiver after the team re-signed backup Noah Brown.

Ultimately, the Texans cleared offensive lineman La’el Collins to scout the market for a trade, confident that Terence Steele will be the starter for next season to free up another $15.25 million in cap space.

The biggest move so far this week is from the Denver Broncos, getting quarterback Russell Wilson in exchange for two first-round picks, two second-round picks, a fifth-round pick, and three more players. to the Seattle Seahawks, who will begin a rebuilding process after losing their most valuable asset.

On Thursday, the Lions announced the end of their relationship with linebacker Trey Flowers, who signed a five-year, $90 million deal in 2019 from the New England Patriots. However, he was unable to play in the last two seasons due to injury.

In what seemed impossible at the start of the 2021 season, the management of the

The Packers managed to retain their main asset, quarterback Aaron Rodgers, to make him the highest-paid player in history for four seasons and $200 million.

But also with their primary target, Davante Adams, who received a franchise tag, as they negotiate a long-term extension. The bad news is that the team exceeds the salary cap by 47 million, when last week they were exceeded 27.5 million.

These deals equate to 25.4% of the team’s annual budget, so they would have to cut players like outside linebacker Za’Darius Smith, wide receiver Randall Cobb, offensive lineman Billy Turner, tight end Marcedes Lewis and even kicker Mason. Crosby.

On Friday, the Raiders announced a four-year, $98.9 million contract extension with star defensive end Maxx Crosby, making him the fourth-highest-paid player in the NFL at that position.

Crosby came in as a fourth-round pick at pick 106 in the 2019 Draft and hasn’t missed a game since. In 2021 he recorded 56 tackles, eight sacks and seven pass blocks.

One of the big free agency moves was a trade between the Chargers and Bears for star linebacker Khalil Mack, in a move to compete against the great quarterbacks who will play in the division: Pat Mahomes with the Chiefs and now Russell Wilson with the Broncos. As well as Derek Carr who is still the starter for the Raiders.

Mack is a three-time winner of the League All-Pro team. He has been to six Pro Bowls and was the NFL Defensive Player of the Year in 2016. Once the trade is finalized, Mack will make a fearsome pairing with Joey Bosa. Over the past five seasons, Mack (221) and Bosa (207) have ranked in the top four in putting pressure on the opposing passer.

The champions of the NFL have not announced movements, because they have a big problem in their salary cap, where they are the third worst team in this matter, after Saints and Packers, with 20 million 273 thousand 914 dollars, over the limit.

Before they think about building up, they have to figure out a way to retain important people like: cornerback Darious Williams, linebacker Von Miller, wide receiver Odell Beckham Jr., running back Sony Michel, offensive lineman Austin Corbett and center Brian Allen. .

In addition, they are expected to release receiver Robert Brooks and tight end Tyler Higbee to open up a $15.2 million slot.

Minnesota announced a two-year extension with Kirk Cousins, which also helps free up salary-cap space for 2022. Now Cousins ​​will have two years of optional extensions for 2024 and 2025, and the quarterback’s salary will have an impact on the cap. salary of 31.25 million, against the 45 that were originally projected.

His scheduled salary will be $40 million in 2022 and $30 million in 2023, fully guaranteed. The Vikings opened last week with a $17 million surplus over the salary cap.

Mitchell Trubisky, the solution in Pittsburgh?

In Pittsburgh, it looks like they won’t be able to fill the hole caused by Ben Roethlisberger’s retirement. Quarterback Mitchell Trubisky reported that he plans to sign with the Steelers for two years, after his options were restricted to this team or the Giants.

With his signing in Pittsburgh, Trubisky will compete with Mason Rudolph for the team’s starting job, after spending one season as Josh Allen’s backup on the Bills, in exchange for 2.5 million.

However, his time with the Bears turned into a big disappointment, as he was selected with the second overall selection in the 2017 draft. In four seasons, he started 50 games with a record of 29-21, with 64 touchdowns and 34 interceptions. . In 2020, he was benched on the team by Matt Nagy, who also lost his job because of his failure in Chicago.

Alvin Kamara takes a pay cut with the Saints

Seeking to open up space in the salary cap for the arrival of reinforcements and after losing their coach Sean Payton, the New Orleans Saints agreed to restructure the contract of their star running back, Alvin Kamara, to lower his salary by 10.4 million dollars .

The bad news is the retirement of their linebacker Craig Robertson and that the team has more than 20 million dollars above the salary cap, so it will be difficult for them to be armed for 2022.

49ers in doubt with Jimmy Garoppolo

The second best team in the National Conference, they have not officially informed that Trey Lance will be their starting quarterback for 2022 and that as soon as they find an interesting offer, they will exchange Jimmy Garoppolo, who underwent shoulder surgery that will keep him in rehabilitation until the start of the preseason. “Jimmy G” has already said goodbye to his companions.

The return of the GOAT, Tom Brady with the Buccaneers

On Sunday, quarterback Tom Brady came out of retirement, which only lasted six weeks, and announced that he will return to the Buccaneers for 2022. Brady will reactivate the working relationship he had with Tampa from 2020, where he is scheduled to make a salary of 27 million in 2021, of which more than 20 will impact the team’s salary cap.

The deal is likely to be restructured, as right now the team has just $2.7 million available for the salary cap. On Sunday night, the team re-signed center Ryan Jensen for three years and $39 million, $23 million of which is guaranteed.

THE PAYMENT FOR THE BALL OF TOM BRADY’S “LAST” TD, UNTIL HIS RETURN

Carson Wentz looks for a new opportunity in Washington

In 2022, Washington will debut nickname as the “commanders” and also a quarterback in the figure of Carson Wentz, who deflated in Philadelphia and missed the playoff pass in 2021 with the Colts, where his mentor coach, Frank Reich, was unable to rebuild his career.

Washington will be the third team in three years for Wentz who was once a League MVP candidate. In exchange, the Colts will receive the Commanders’ third-round picks in 2022 and 2023, but they are in dire need of a starting quarterback right now.