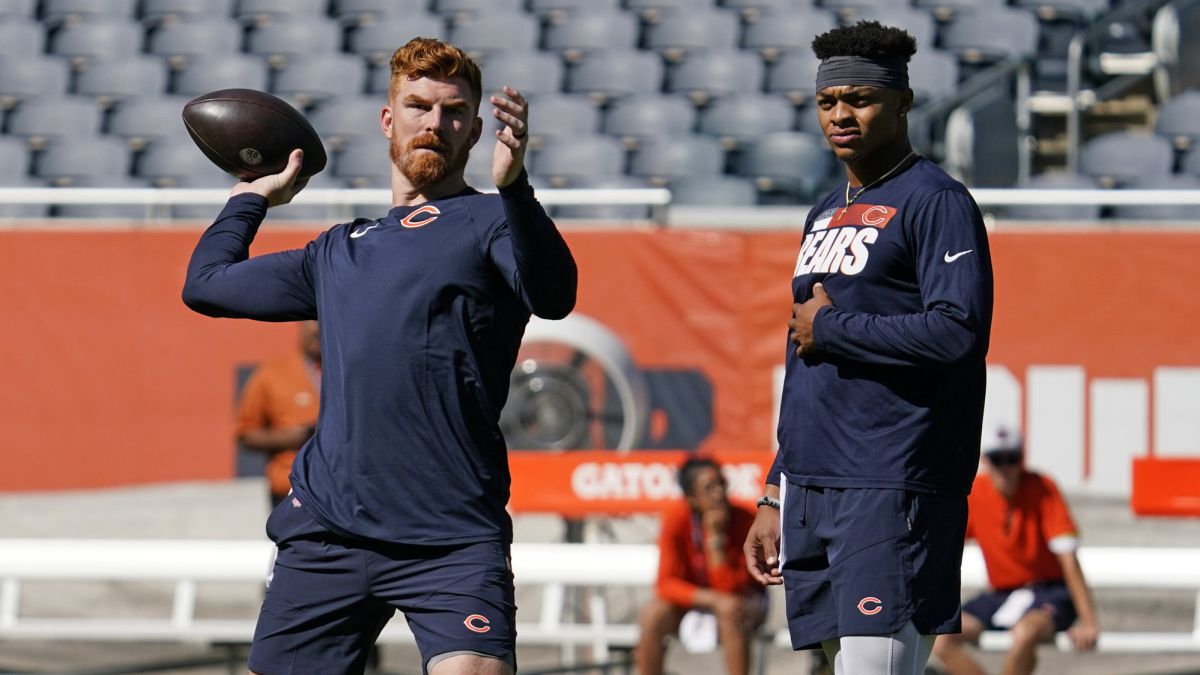 The 2021 season begins tonight with the game between the Tampa Bay Buccaneers and the Dallas Cowboys and This time we recommend which players not to use in your Fantasy lineupin week 1 considering various aspects of the game.

Andy dalton, quarterback for the Chicago Bears, will be the victim of the Los Angeles Rams defense when they visit SoFi Stadium this Sunday. The Rams defensive unit allowed the fewest points in 2020, at 18.5 per game, and Aaron Donald and company will frequently pull Dalton out of the pocket of protection resulting in poor decisions from the QB.

If the Buffalo Bills are going to defeat the Pittsburgh Steelers it will be through Josh Allen’s arm and not with the running backs Devin Singletary and Zack Moss. The Bills’ rushing offense barely exceeded 100 yards a game last season (107) and this year the passing game will be a priority.

Here the ability of Kenny Golladay to make game-by-game catches, but the ability of quarterback Daniel Jones to generate points. Golladay will be the main target of the quarterback and opposing defenses, so the wide receiver will have a difficult debut with his new team.

The Pittsburgh Steelers they recruited tight end Pat Freiermuth so Ben Roethlisbergerr could have a reliable target in the red zone. So this week’s option is to sit Eric Ebron, who is aiming as a starter, but, according to Pro Football Reference, only racked up 86 Fantasy points last season.

The Minnesota Vikings will be able to score points through touchdowns and not field goals against a weak defense like the Cincinnati Bengals. Dalvin Cook and Kirk Cousins ​​will feast and Greg Joseph it will only add extra points.

There is no way the Arizona Cardinals defense can stop the Tennessee Titans attack. They will face Derrick Henry on the ground and Ryan Tannehill with AJ Brown and Julio Jones as main receivers.