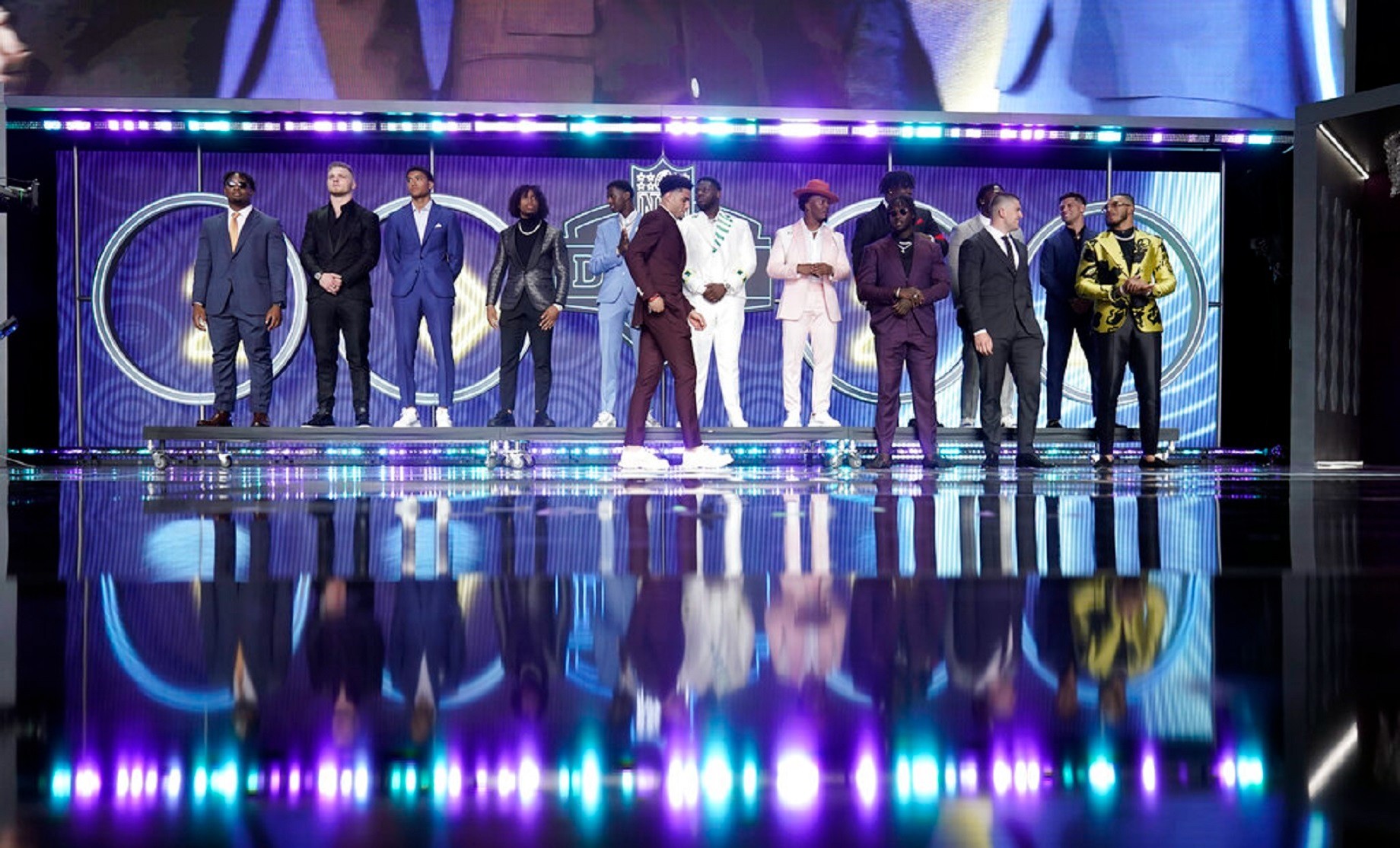 Hhas concluded the first round of the 2022 NFL Draft. It was an unusual draw, where only one quarterback was selected: Kenny Pickett in charge of the Steelers with the 20th pick. It was a Draft in which the University of Georgia, national champion, had half a defensive team recruited, with Travon Walker, as the first overall pick for the Jacksonville Jaguars, in addition to four other players, belonging to the perimeter and the defensive line.

But, across their 32 picks, there were some picks that were better than others, so we’ll take a look at which teams took the most care when drafting:

The Ravens found themselves with a diamond in the rough at Pick 14 in the Draft. True to his philosophy, they took the deep Notre Dame’s Kyle Hamiltonas the best player available, after the Eagles moved up to take Georgia defensive tackle Jordan Davis, who was one of the most attractive targets on John Harbaugh’s team.

Hamilton was prospected for a top-four pick, according to pundits like Mel Kiper, but it’s unusual to give high picks for this position. Ravens secondary looks scaryin a team that will also include Chuck Clark and cornerbacks Marlon Humphrey and Marcus Peters.

NFL Draft 2022 without quarterbacks, with all the style of Las Vegas

Hamilton is considered a unique talent for his combination of size, speed and adaptability to play various positions on the field. hamilton can easily cover back, play in the slot or cover a tight end at the line of scrimmage, and surely the Ravens didn’t use their highest pick in six years on someone who would sit.

The Steelers got a player who had great growth in 2021, to fill a priority on their roster, with the retirement of Ben Roethlisberger and the unfortunate death of DwayneHaskins, who will compete for ownership of the team with Mitch Trubitsky and Mason Rudolph. None of them are trustworthy.

While Kenny Pickett he was scorned by the rest of the teams, who prioritized picks on both sides of the line or wide receivers, even though several squads have an urge to recruit a young quarterback for the future.

Pickett was third in the voting for the Heismann Trophy and had a record season with the University of Pittsburgh, breaking records set by Dan Marino, the best player in Panthers history, with more than 4,000 passing yards and 42 touchdown passes.

With the 20th pick in the #NFLDraftwe select QB Kenny Pickett. #SteelersDraftpic.twitter.com/8IDyASLOmz

It was going to be easy for the Jets to choose well: They need talent at all positions and had two top-10 picks. However, their first pick was outstanding: Ahmad “Willow” Gardner, cornerback from the University of Cincinnati as fourth overall. First, they assessed the urgent need for an elite cornerback to take on the fearsome wide receivers of their divisional rivals: Stefon Diggs, Tyreek Hill, and Jaylen Waddle.

While Gardner isn’t a Hall of Fame talent in his first game, there is a consensus around him as a player with great potential, someone to build a defensive team around. Also, the Jets hadn’t drafted a cornerback in the first round since Darrelle Revis.

But also in his college stage he had impressive numbers: he did not allow a touchdown pass in three years (in more than a thousand plays covered by him). It is very fast: (4.41 seconds in the 40 yards), he can run close to his receiver and is also skillful with the ball (he had nine interceptions in college). Also he is a player high to compete physically (6 feet 3 inches, with 33-inch arms).

Without a doubt the most questionable selection of the entire first round was Bill Belichick, taking Cole Strange, a Chattanooga Guard with the 29th pick. While the young lineman has good grades, he wasn’t marked as a first-round talent, but even a third-round talent. Still, the Pats took him to everyone’s surprise.

But in addition, the Pats had the opportunity to fill another important hole and gave the opportunity to the Chiefs. New England gave up their original 21st pick where they could have taken the cornerback Washington’s Trent McDuffieto fill out JC Jackson,

The Patriots had the opportunity to draft their replacement at No. 21 overall, Washington’s Trent McDuffie, who was not projected to be available at the time. But they retired at pick 29, McDuffie went to Kansas and the Pats in return.”won” the third-round (94) and fourth-round (121) picks. Doesn’t seem like a good deal.

Houston got an additional first-round pick after trading Deshaun Watson. But apparently the team squandered that opportunity by choosing the third overall pick Derek Stingley Jr.. from LSU, who does have enormous potential, but was not consistent in perimeter for the Tigers, at least not on a par with his talent.

Houston then dropped two spots in trade with Philadelphia to select Georgia defensive tackle J.ordon davis and as the third first-round pick, Texas A&M Guard, a versatile offensive lineman who can play down the line except at center. However, these players do not seem key in a team that is full of lack in all its positions, to the degree that they seem not to know where to begin.

After the title party, the Rams could start to feel the hangover of success. Because the management started the Draft of the following years in order to be successful in the short term. In fact, for this 2022 the Los Angeles team has 8 picks, none of which are in the top 100 turns. That is, he will be able to choose from the end of the third round.

In addition, They also don’t have a 2023 first-round pick.Well, he also entered the exchange with the Lions for Matthew Stafford, as the key that the team was missing to be champion in 2021.

It seems that this problem will be manageable in 2022, but how much before a team whose figures are already veterans and at some point it will have to collapse, due to some game loss, salary cap or simply because there are not enough people on the bench to replace the starting stars.

“Lets leave a legacy that lasts longer than just on the game field but shows who you are on and off of it.”