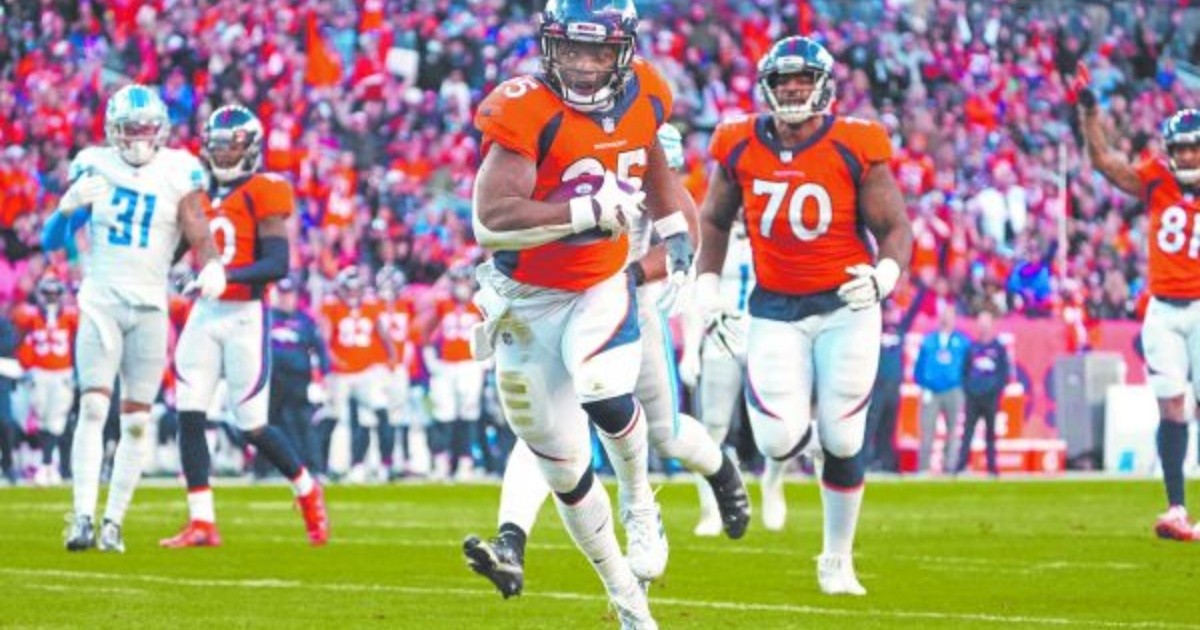 For more fans and interaction, the NFL launches a more aggressive international expansion. From the International Home Marketing Areas (IHMA) program, 18 teams will begin to activate their brand in eight countries outside the United States, with which they intend to add around 50 million fans to the 63.7 million already counted in their main markets abroad.

“Before it was something that was done and it was not said because that was what the NFL office in Mexico was for, the idea was for it to represent the 32 teams to see sales issues, expansion, rapprochement with fans,” Ulises explained to El Economista Harada, director of the specialized site Primero y Diez.

Harada, who also collaborated with the Steelers for the creation of content, added that for some time, some of the most popular teams in Mexico such as the Steelers, Cowboys, Patriots or 49ers have worked on their approach to the fan through camps. , interacting with international players such as the Mexican Isaac Alarcón and generating content in Spanish, but “the idea of ​​this (new) program is that the teams to which the Mexican market was assigned will have more freedom to monopolize this market” .

“Some teams are going to decide to open some operating offices here, it has been said that they will have priority in the games that take place outside the United States (Mexico has one game a year), there are other teams that already want to start having minicamps and preseason in our country. It will be very interesting to see this fight for the market because in the end the one who is going to win is the Mexican fan ”.

For some teams like the Denver Broncos, Mexico represents the country with the second-largest fan base outside of its home market. As of September this year, the team’s Facebook and Instagram had 394,000 followers from Mexico and 331,000 from Denver.

For teams like Kansas City, there is a bigger challenge, because according to data provided to this newspaper by Mark Donovan, team president, the Chiefs came to Mexico being a top 20 team among the preference of the fans, but trust that an innovative communication strategy can be key in its positioning.

“From the experience of the game we had in Mexico City in 2019, we identified brands in Mexico that work in Kansas City and vice versa within the area that we call Chiefs Kingdom. We have many companies to do business with in both places and if we take those opportunities to create relationships and activation with fans, we will have a great advantage over the other teams to grow our franchise, this has been a great success story for us. and we have to be aggressive and innovative ”.

According to official data, the NFL It has an avid fan base of 16 million and is the most popular in the country. Harada highlighted that in the 1990s the American Bowl (a series of exhibition games) was brought to the country, making them rank among the games with the most attendance in NFL history.

“The NFL games have brought great interest to the casual fan because we have been lucky enough to see legends of the league such as Patrick Mahomes or Tom Brady at the Azteca Stadium and this, for many people who do not have a visa, who do not He masters a language or it is more difficult for him to travel to another country, of course it brings him an interest, a rapprochement and a greater hobby. The more fans, the more people will consume you. Of course there is a correlation in the games ”.

The studies by Primero y Diez show that among the places in the Republic with the most areas of opportunity for the number of NFL fans are Monterrey, Tijuana, Chihuahua, Guadalajara, Puebla, Querétaro, the State of Mexico and of course the City of Mexico.

Chronology towards the international terrain

For more than 30 years, the American football league has tried to position itself outside of its local market, but a rethinking of strategies to reach other latitudes starting in 2007 and the continuous export of the product with regular season games, the establishment of offices abroad, the diversification of its transmission channels and the individual effort of the teams, make this mission increasingly become a reality.

While the NFL It is the largest sports industry in the United States with a record income of 15.26 billion dollars until before the pandemic, American football is not a very popular sport outside of North America (where there are other leagues such as the Canadian Football League, the League of Professional American Football and the Mexican American Football League but overshadowed by other national sports) or widely seen on television around the world, which has put a brake on its global expansion. According to data from Statista, while around the world the 2020 Super Bowl was seen on television by an estimated 150 million people on the planet, the last three finals of the soccer World Cup, which is played every four years, they were seen by more than 500 million people.

Beginning in the late 1980s, the NFL undertook systematic efforts to begin its world conquest. In 1989 they started the so-called World League of American Football (WLAF), which was played in the United States, Canada and Europe with low popularity. In 1998 it became known as NFL Europe, which lasted until 2007, when it was closed due to financial problems, according to data from the El Mister newsletter, the losses with this project were 30 million dollars on average per season.

However, since 2007 the strategy has been rethought with regular season games outside the United States, first in the United Kingdom, where since 2019 Sky Sports NFL broadcasts also arrived, increasing the audience rate according to Chris Halpin, executive vice president and NFL Chief Strategy and Growth Officer.

In 2016 this plan landed in Mexico with a first three-year contract at the Azteca stadium, although the poor conditions of the lawn in 2018 led to the cancellation of that edition without the option of rescheduling. A second agreement for three years, from 2019 to 2021, was announced in November 2017, of which only the first was carried out, since the pandemic has prevented the last two editions from being held. However, it was made official that after the cancellation of 2020 the agreement was extended one more year to end in 2022.

The pandemic helped power the NFL’s digital assets. ESPN reported that GamePass streaming service subscriptions (which covers 181 countries and territories) increased by 30%, free video broadcasts from the NFL Network increased by 90%, the NFL exceeded one million downloads outside the US of videos streamed direct To the consumer, sales of the official NFL Shop grew by 80% internationally and Super Bowl LV reached a record audience in Germany with 2.2 million people. Munich, Frankfurt and Düsseldorf are currently vying to host a regular season game next year.

In September the league announced the latest of its plans to grow its presence abroad, which consisted of strengthening the commercial ties of its teams in key regions: Mexico, Canada, Germany, the United Kingdom, China and Brazil, where they already had some 63.7 million fans according to Front Office Sports data. Starting in January 2022, 18 of its teams will have access to 26 IHMAs in eight different countries, adding Spain and Australia as targets.

For an initial period of five years, teams will have rights over international markets to conduct in-person and digital marketing activations, corporate sponsorship sales, events, youth and children’s football activities, sales of official merchandise and development of initiatives. marketing in conjunction with other sports and entertainment properties on the market.

The possibilities for regular season games in the target countries will also be expanded. At the end of March of this year, the league approved an initiative, according to which, the 32 NFL teams would play at least one international game over the next eight years, a situation facilitated by the approval of a new regular season of 17 games that debuted in the current campaign.

The league also conducts clinics globally and since 2016 launched the NFL Undiscovered program, which in 2017 was renamed the International Player Pathway, which seeks to expand the talent of the NFL with international players in which they have observed a total of 40 from countries such as Germany, United Kingdom, Mexico, Brazil Chile, Austria, New Zealand, Italy, France, Japan, Poland, China, Australia, Finland and Norway.

NFL detonates its strategy in the international market