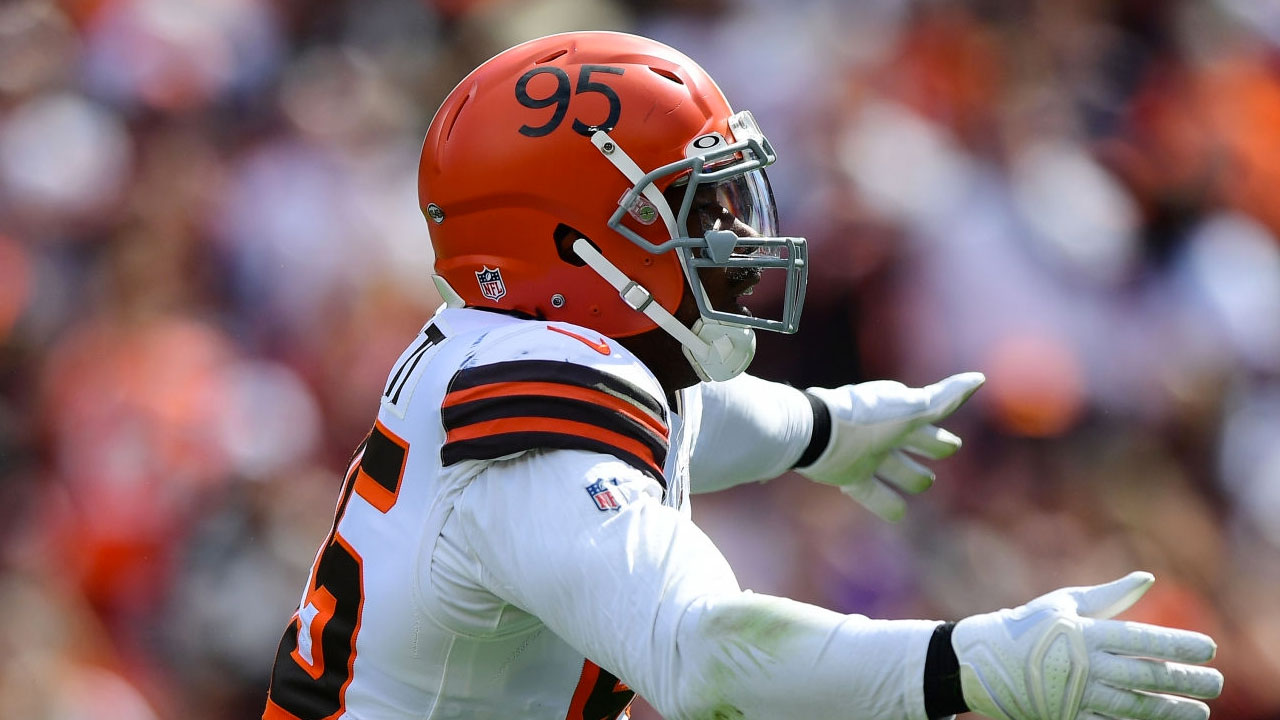 Come December, the players who will be fighting for the distinctions of the current season of the NFL begin. For this edition of the Defensive Player of the Year award (DPOY The contest appears to be with Myles Garrett, TJ Watt and Micah Parsons as favorites, but there are also at least two other players who can end the year in great shape and get into the conversation.

Let’s review the strongest candidates at the moment for the NFL Defender of the Year, their pros and cons.

The Browns’ season has not ended by fulfilling the expectations of many who put them as a contending team in the American Conference. However, Myles Garrett has maintained the excellent level that he was seen last year and has improved it even more in 2021, being the soul of the Cleveland defense and a key factor for the team to stay alive in the contest for the playoffs.

So far this year, Garrett leads the NFL in sacks with 16 sacks, quantitatively showing the impact he has had this season. He has executed a great duo on the defensive line with Jadeveon Clowney and has all the credentials to take the Defender of the Year. Perhaps the possibility that the Browns could be left out of the playoffs could play against him.

Like Garrett, TJ Watt is a determining factor in keeping the Pittsburgh Steelers still with a chance to be in the playoffs. After the uncertainty in the offseason (whether there would be a contract renewal or not) Watt has had an incredible performance with Pittsburgh and, despite his absences throughout the year, he remains a mainstay of the defense.

To no one’s surprise …@_TJWatt has been named AFC Defensive Player of the Week.#ProBowlVote | #HereWeGo pic.twitter.com/vAASqaBqM0

The impact that Watt has had in the 2021 NFL leads him to be the leader in sacks tied with Myles Garrett, in addition to being also tied for the top of provoked fumbles. That is what Pittsburgh was looking for by tying up TJ for the next few years and its impact has been seen for the positive of the team. So much so, that during the games he was absent due to injury and COVID-19 protocols, the defense looked weak.

If you have to talk about immediate impact, let’s go to the change that Micah Parsons has given to the Cowboys defense. The rookie of the first round generated a total change for a more solid defensive body and above all, that puts pressure on the rival QB. In addition, he is a multifunctional player, starting the season in his original position as linebacker, but with the passage of weeks and injuries to Dallas’ defensive line, he was practically changing to an off-road role.

10th sack of the season for rookie @ MicahhParsons11! 😤 #DallasCowboys

Parsons is pretty much assured of the Defensive Rookie of the Year award, but because of the difference he’s made in Dallas, he could look forward to getting defensive of the year votes. Riding well in the rankings for provoked fumbles, sacks and quarterback pressures, Micah Parsons will be having a dream 2021 in his NFL debut.

The other DPOY candidates this year in the NFL

Also from the Cowboys, Trevon Diggs is a candidate who can get into the conversation, thanks to his great start to the season. The cornerback had a consecutive game mark for INT at the start of the season with 6; However, throughout the season, it has been diluted and various rival WRs have made big rival plays. Either way, Diggs remains the NFL leader in interceptions at the moment, with nine overall.

The New England Patriots bring in a pair of top candidates with CB JC Jackson and DE Matt Judon. Both have made the Patriots one of the best defenses in the NFL and are one of the most important factors in their being the No. 1 seed in the American Conference so far.

Here for the @man_dammn post-win sprint and skip off the field. pic.twitter.com/pTL4fD79NI

Who deserves to win this 2021 the DPOY in the NFL? We read you in the comments under this article and on our social networks.

NFL Defender of the Year Race: Garrett, Watt, Parsons and Who Else?