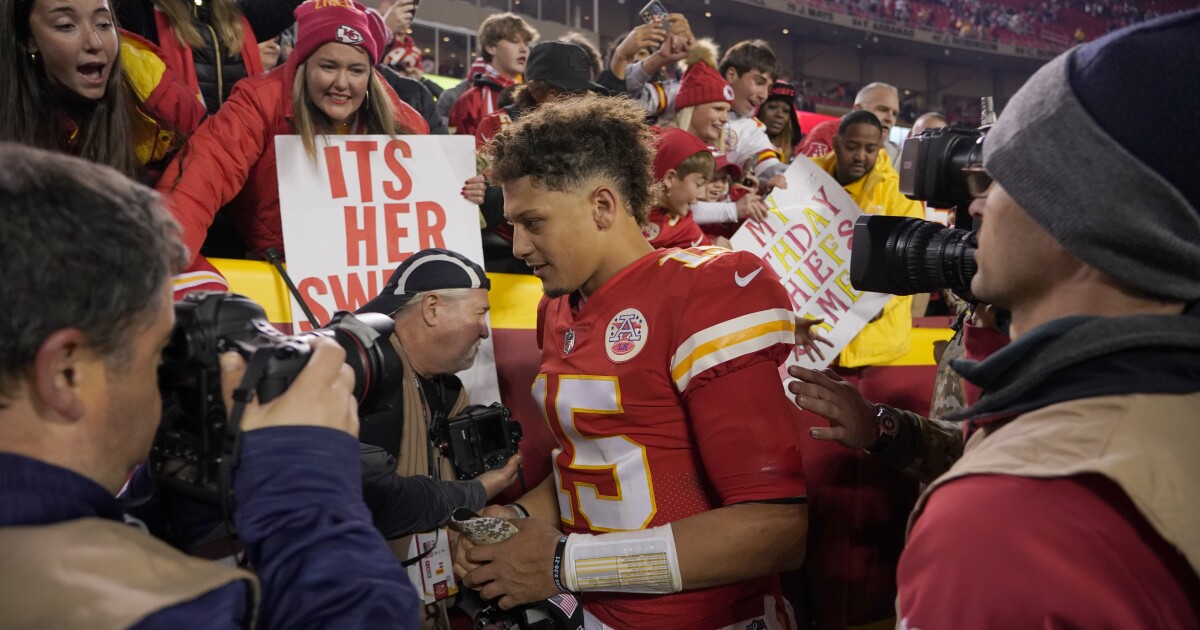 Patrick Mahomes and the Kansas City Chiefs are back to where they are used to. The same goes for Bill Belichick and the New England Patriots.

The Chiefs and Patriots have climbed to the top of their respective divisions with winning streaks this month. The Colts, 49ers and Eagles have also made a positive turn in November.

In the NFL’s longest season, writing off teams at the end of October was premature.

The Chiefs beat Dallas 19-9 on Sunday for their fourth straight win after losing 27-3 to Tennessee on Oct. 24. Now they lead the hard-fought West of the National Conference by half a game over the Chargers (6-4) and would be the favorites to win their sixth straight title in the division.

Mahomes posted his worst quarterback rating against the Titants and it began to be conjectured if the 26-year-old quarterback had slipped after shining in his first four seasons in the league, enshrined as an NFL and Super Bowl MVP in successive years.

Since then, Mahomes has racked up seven touchdown passes and two interceptions in Kansas City’s four-game win streak, buttressed by an overnight defense, allowing 11.8 points per game during that span. The defensive formation only allowed three field goals to Dak Prescott and the best offense in the league.

“From the second half of the game against Tennessee, they started to play better,” Mahomes said of the defense. “It went unnoticed because the offense was not doing well. We were winning thanks to our defense and because people saw our offense put those numbers. But every week I told them from this podium not to lose sight of how well the defense was performing. To do it against an offense like that (the Cowboys) and that has accumulated so many yards and touchdowns, and to silence it, is something impressive. “

If the Kansas City defense stays that way, Mahomes and the Chiefs could head for a third successive Super Bowl.

One of the teams that would stand in his way would be the Patriots, something that was inconceivable when New England started 2-4. At the time, it was believed that the Patriots had wasted their money to no avail during last free agency. But New England opened Week 11 with a 25-0 victory at Atlanta on Thursday night.

The Patriots (7-4) have won five in a row, relying on a fierce defense and the good performance of rookie quarterback Mac Jones. After a poor campaign in 2020, he has returned to the top of the AFC East, a division that New England dominated for two decades until Tom Brady decided to move to Tampa Bay.