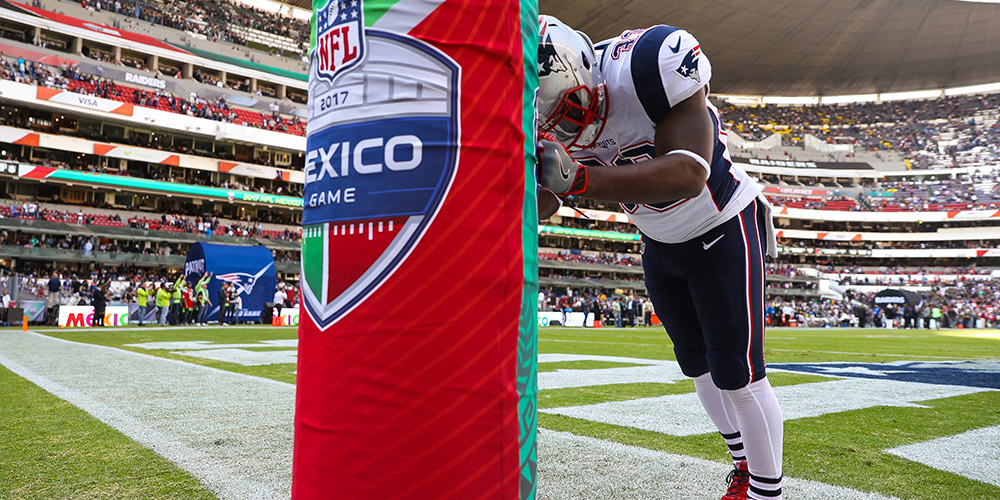 If the league has been in charge of something this NFL 2021 Season, it is to demonstrate that this league’s attempt to internationalize is more serious than ever. This Wednesday, after the annual meeting of owners that took place in Dallas, and in another attempt to continue expanding its market, the NFL confirmed that 18 of its teams will have access to 26 international areas in 8 different countries. What does this decision imply? What teams were assigned to which country? In this article we will tell you about it.

Under the leadership of the NFL International Committee, this Wednesday, through a statement, the league announced that 18 of its teams have been granted access to 26 International Local Marketing Areas (IHMA) spread across 8 different countries.

This groundbreaking initiative will grant selected franchises access to international territories for merchandising goods, fan engagement, and merchandising as part of an important long-term strategic effort to enable teams to build their global brands while driving the growth of fans. the NFL internationally.

As part of the IHMA Program, the chosen teams will have access to the destination international markets for a period of five years, where they will have the right to carry out activities in that market that are consistent with what they can also do within their local HMA. This includes digital and face-to-face marketing, corporate sponsorship sales, fan activation events, youth football activities, merchandise sales, and joint marketing relationships with other sports and entertainment brands on the market.

Teams can begin to be activated in their target markets as of January 1, 2022. These are the international local marketing areas awarded to teams:

Regarding the measure, Christopher Halpin, executive vice president and director of strategy and growth of the NFL, said: “The NFL fandom begins with our teams. This important initiative allows for the development of meaningful and direct relationships with NFL fans abroad, fueling the growth and avidity of fans globally. We were very pleased with the number, creativity and level of commitment of the teams’ proposals across the board in this initial application period and we look forward to the teams launching their efforts early next year. ”

Finally, along with the NFL’s commitment to the International Games, where it was agreed that the 32 franchises will play at least one international game in the next eight seasons, the league will do everything possible to ensure that teams play their international games in their respective IHMAs, whenever possible.

“Today’s announcement is an important milestone in our efforts to expand the NFL’s global reach by building long-term relationships with these international markets that will play an important role in the continued growth and expansion of our sport in the coming years. years, ”said Joel Glazer, owner and co-chair of the Buccaneers and chairman of the NFL’s International Committee.

“Much of our league’s success is based on the strong connection our individual teams have built with their fans, and this initiative creates many more avenues to engage and energize our international fan base,” he concluded.

Following the launch of this initiative, teams will be able to begin submitting future proposals for the International Committee to review annually each spring. What do you think of the NFL’s decision to expand its global market into new nations? We read you in the comments below this article and on our social networks.

Important points of this news (By Luis Obregón):