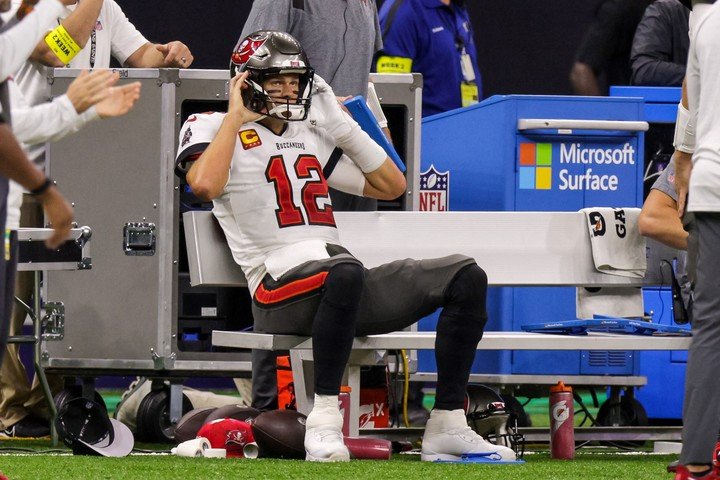 A new NFL season has kicked off and that means it’s time to make predictions for the 2022 season. Once January rolls around, many of them will seem like cold predictions. But for now, it’s time to let go.

​Logic would indicate that Patrick Mahomes’ numbers will have a downturn in the 2022 season, after losing the Chiefs’ best wide receiver, Tyreek Hill. However, it is never wise to bet against someone as talented as the Kansas City QB. Prediction: He will finish the season with more yards (4,839) and touchdowns (37) than he did last season, making the most of the arrival of JuJu Smith-Schuster and Marquez Valdes-Scantling.

The Vikings receiver is already considered one of the best in the league at his position, but he should benefit from Minnesota’s changing coaches and a much more pass-oriented offense. The arrival of Kevin O’Connell (former Rams offensive coordinator) suggests Jefferson in a role similar to the one that brought Cooper Kupp to stardom in 2021.

What can this improvement mean? Start seeing Justin Jefferson threatening the history books. For now, the season with the most yards for a receiver was that of Calvin Johnson in 2012, with 1,964. To surpass him, the young figure of the Vikings would have to average just over 115 yards over 17 games. Impossible? No way.

Nothing riskier than betting against Tom Brady. But at some point time will take its toll on the 45-year-old quarterback., who comes from a strange preseason, with 10 days away from team training. In addition, injuries to Ryan Jensen, Tampa Bay’s starting center, and Aaron Stinnie, one of the guards, will lead to the ex-Patriots receiving much more frontal pressure than usual. A really dangerous combo, beyond the fact that he is perhaps the best quarterback of all time.

Will the decline of Tom Brady come?

Tennessee finished last season with the best record in the AFC (12 wins, 5 losses), but just one year later, not only will it not make the playoffs, it will also finish with a losing record. The doubts in the quarterback position after having drafted Malik Willis, the departures of two receivers like AJ Brown and Julio Jones, the recent injury of Harold Landry… Everything will conspire against a good year for the Titanswho could end up with just 6 or 7 wins.

It is clear that Tua Tagovailoa is not Dan Marino. Although he has material around him to return the Florida team to the playoffs. Tyreek Hill’s arrival will boost an offense that will also enjoy Chase Edmonds, Jaylen Waddle, Cedrik Wilson and Mike Gesicki. The defense, led by Emmanuel Ogbah and Xavien Howard, will have to do their part. Miami hasn’t been in the postseason since 2015-2016.

In the 2015-2016 season, the New York Jets reached 10 wins in the regular season and came close to the playoffs. In the Big Apple they were excited about important achievements, but they went downhill: all seasons with a negative record, including 2-14 in 2020. However, New York will once again have a winning team under the direction of Zach Wilson. The last time in the playoffs was in the 2010-201 campaign. Do they repeat? There is already enough risk in indicating that they will have a positive year…