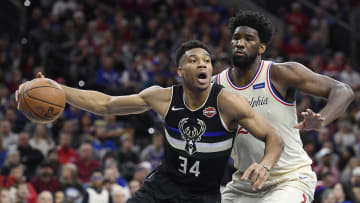 The Dallas Mavericks managed to win categorically against the New Orleans Pelicans by a score of 125-118, courtesy of an excellent performance by Luka Doncic, who finished the game with 49 points, 15 rebounds and 8 assists in 38 minutes of action.

Due to the All-Star weekend break, there will be no games for the 2021-22 NBA season until February 24.

There are no scheduled NBA regular season games.

The general manager of the 76ers, Daryl Morey, proposed that in the future the playoffs end the series to the best of seven games and impose a system similar to the NFL, in which with just one game it is defined who advances round to round.

This Friday the NBA Rising Stars Game will be released, since beyond the traditional clash between two teams, it will be an eliminator between four squads selected by league stars such as Rick Barry, Isiah Thomas, Gary Payton and James Worthy.

NBA games can be seen through the television signals of ESPN, ABC and TNT. On the Internet through the official streaming of the league: NBA League Pass.

NBA Live Online | How to see the matches, results, games for today, news, rumors and forecasts