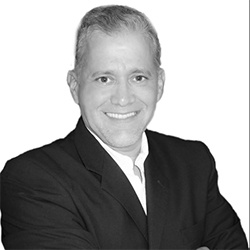 The trade show in the NFL continues. In particular, the demand for quarterbacks has been high, the Buccaneers are the ones who were saved from entering that search since Tom Brady did them the favor of staying at least one more year, which should give them the opportunity to think about what they are going to do to do when he retires and with him a disbandment of other players is made that makes them fall back to the last places in the League, where they were for five years.

In contrast, there are teams that tried something quick and without results, such as the Colts and Carson Wentz, who did not give the expected result and quickly dispatched him by acquiring Matt Ryan. I honestly don’t see much hope for this team, although they consider that Ryan’s arrival may be something similar to what happened with Matthew Stafford in the Rams, I think that comparison is far from reality, but well, hope dies when latest.

There are teams that are arming themselves to the teeth, as I had already mentioned about the Raiders, who in addition to Davante Adams on offense are also forming one of the most dangerous combinations of quarterbacks with Chandler Jones and Max Crosby; Besides, it is expected that this week there will be hirings among which they could be deep at the level of Tyrann Mathieu or Stephon Gilmore, they are mere rumours, however while the Malosos are scaling their chances in the Power Rankings what experts do in the United States. Conspiracy lovers say that, as the Rams were speculated in 2021, they will be favored to pay back the investment they made in Las Vegas, city of gambling.

A lot of noise with the sale of WR Tyreek Hill, from the Chiefs to Miami, another team that is going for everything. It looks like the Chiefs are betting on what is said to be a stellar crop of receivers to be offered in this year’s Draft, let’s see if that’s true, because Hill is one of Patrick Mahomes’ most productive hands; Let’s see how much this affects them to remain a predominant team in the AFC.

And from curiosity to ownership: fortune smiles on QB Deshaun Watson, who was released from the dark charges he had, after two years litigating for sexual misconduct and was immediately hired by the Cleveland Browns, hopefully he is already a landing of those gloomy attitudes of this player who is still old enough to do something in the League.

And another one who was on the bench, Marcus Mariota, seems to find another opportunity to be a starter now in Atlanta. In the Raiders he had no future as long as Derek Carr is healthy; Mariota will meet with his former offensive coach in Tennessee, Arthur Smith, for a reason, however, we have already seen that Smith’s hand does not shake to sit him down if he does not play well as happened in the Titans, where he sat him down for Ryan Tannehill .

On the other hand, it seems to me that this is another one of those acquisitions that are not going to do much to lift this team. And with all these changes, the Draft is still to come, so there will be too much to talk about, nothing is written until the season starts.

Entering the actions of the Mexican Professional American Football League (LFA), Dinos de Saltillo remains undefeated by beating Galgos de Tijuana, who have yet to win a game. For their part, in the CdMx the Mexicas beat Reyes de Jalisco as locals, another game where the lack of playbook offensive of the Tapatíos, who made so many mistakes that made their defense collapse, which seemed to be one of the best in the League. The Mexicas testify that they are serious contenders for the playoffs.

Meanwhile, the Raptors of the State of Mexico gave an account of Fundidores de Monterrey at home, which can be considered a surprise and with that, Week 4 of this League was closed, which is giving a very good show on the grid and deserves the support of all the national fans.

And from there… to what follows.

Herbert of the Rose

More changes in the NFL and the LFA with everything