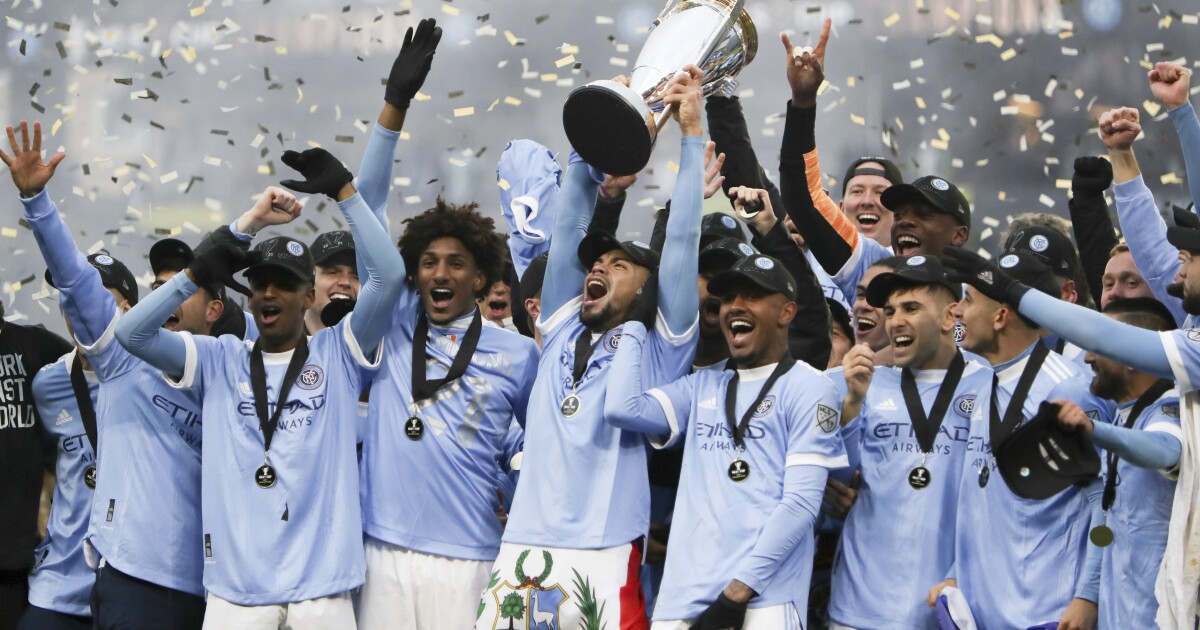 The World Cup will be held this time at the end of the year, and for this reason MLS has had to advance the start of its 27th season, which promises new faces and the debut of one more club in a sustained expansion.

The campaign in the 28-team league kicks off this weekend, the earliest start in its history, to finish before the World Cup, which opens at the end of November. Due to COVID-19, the 2021 MLS season didn’t start until April, six weeks after its scheduled start, leading to a mere 11-week break between seasons.

New York City FC is the defending MLS champion. He lifted the trophy on December 11 after beating the Portland Timbers on penalties. NYCFC kicks off the season on Sunday, visiting the Los Angeles Galaxy.

Portland, meanwhile, hosts the New England Revolution on Saturday, which won the Supporters’ Shield as the team with the best record in the regular season.

Charlotte FC, the expansion team this season, will play their first game on Saturday against DC United. Charlotte will play its home games at Bank of America Stadium, home of the NFL’s Carolina Panthers.

MLS Commissioner Don Garber called the expansion, even amid the chaos of the last two seasons, one of the season’s big hits.

“Between 2017, five years ago, when Atlanta and Minnesota debuted, and now in 2022, we’ve added eight teams, and all of this growth, in market on and off the court, as well as momentum, is happening despite of the interruption and the challenges that the last two years have marked for everyone and of course for Major League Soccer”, he said during his message prior to the start of the season.

The regular season will end on October 9. The MLS final is scheduled for November 5 before the World Cup kicks off in Qatar on November 21.

In the 2018 World Cup in Russia, 19 MLS players participated. In Qatar it could be more as Canada and the United States are expected to qualify.

LAS VEGAS ON THE SKYLINE?

After Charlotte, the league will welcome a team from St. Louis next season. Las Vegas is favored for another expansion club.

A handful of international players joined the league this season, including Swiss striker Xherdan Shaqiri, who signed with the Chicago Fire; Argentine attacker Alan Velasco, with Dallas; his compatriot Thiago Almada, with Atlanta United, and the Uruguayan Facundo Torres, who arrives at Orlando City.

A number of MLS players headed to Europe this season, including Dallas local Ricardo Pepi, who signed with Bundesliga side Augsburg, and Atlanta’s George Bello, who also headed to Germany with Arminia Bielefeld.

“It’s not really a farewell tour, it’s probably a see you in 10 years tour — I hope — when I get back and can remember everything,” Turner said.

He will also go to Colorado’s Auston Trusty Arsenal in July.

There were eight coaching changes before the start of the season. Newcomers include LAFC’s Steve Cherdunolo, Houston’s Paulo Nagamura, Chicago’s Ezra Hendrickson. Paul Noonan from Cincinnati and Spaniard Nico Estevez from Dallas.

NEYMAR, DESTINED TO THE MLS?

There has been talk about the possibility of two South American soccer stars making it to MLS.

In a podcast, Neymar, who currently plays for Paris Saint-Germain, was asked if he would consider returning to Brazil to finish his career. The 30-year-old Brazilian replied: “Actually, I would love to play in the United States. I would like to play there for at least one season.”

For his part, Colombian striker James Rodríguez, who currently plays in Qatar, said through his Twitch channel that he would like to return to Europe at some point, although he added: “A good option would be the United States, which I like a lot, but that It’s still far away.”