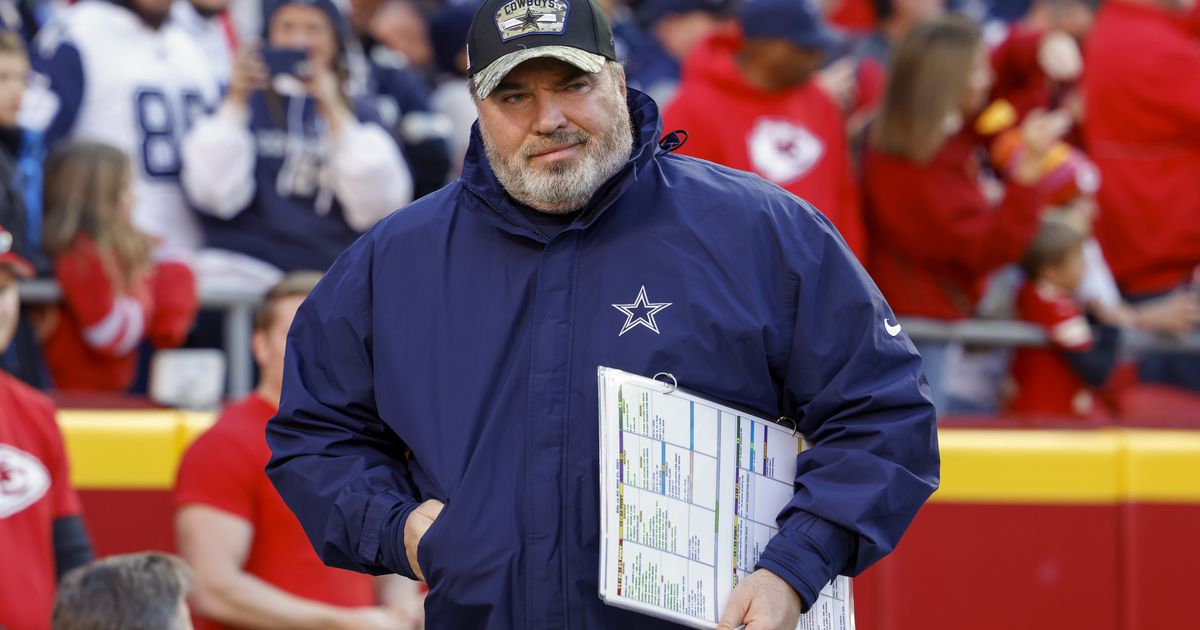 Mike McCarthy was trying to do the right thing.

On Friday, the Dallas Cowboys head coach checked into a hotel near the team’s practice facility due to a Covid-19 outbreak within the organization.

McCarthy wanted to protect himself, his family, and his team.

At 5:30 a.m. on Monday morning, McCarthy took his scheduled COVID-19 test, thinking that the sore throat he was experiencing was from screaming during the Thanksgiving Day game four days earlier.

At 7:10 am, Jim Maurer, the Cowboys’ head athletic trainer, informed the head coach that he tested positive for the virus.

“I was very surprised that I tested positive,” McCarthy said Monday afternoon in a conference call with reporters.

So McCarthy, in his second season with the Cowboys, will miss Thursday’s game against the New Orleans Saints and stay away from the team for up to 10 days.

Because he is vaccinated, McCarthy may return in a shorter period of time if he has no symptoms and passes two covid-19 tests in a 24-hour period.

McCarthy becomes the first Cowboys coach in the franchise’s 62-year history to miss a regular-season game.

The covid-19 outbreak will force the team to hold meetings virtually until at least Tuesday and have players wear face masks indoors and all undergo daily tests.

McCarthy will continue to speak to his team remotely, including his normally scheduled game day talk in New Orleans.

Once the game begins, McCarthy cannot have contact with the team.

He becomes the third NFL coach this season to miss a regular-season game this season with the virus joining Kliff Kingsbury, coach of the Arizona Cardinals, and Matt Nagy of the Chicago Bears.

McCarthy’s loss adds to a growing list of Cowboys players, coaches and staff affected by the virus over a 10-day period and increases uncertainty for a team trying to bounce back after losing three of its last four games.

It started when the Cowboys lost star catcher Amari Cooper for two games because he tested positive for the virus.

Cooper, who is not vaccinated, returned from a 10-day quarantine Monday but did not practice.

Following the results of his positive test, McCarthy about his feelings upon learning that he tested positive for covid-19.

“This threat is very real and please do everything you can to keep yourself and your family safe.”

McCarthy also said that several members of his family contracted the virus despite his efforts to protect everyone around him.

Mike McCarthy is surprised to have tested positive for COVID-19; ‘this threat is very real’