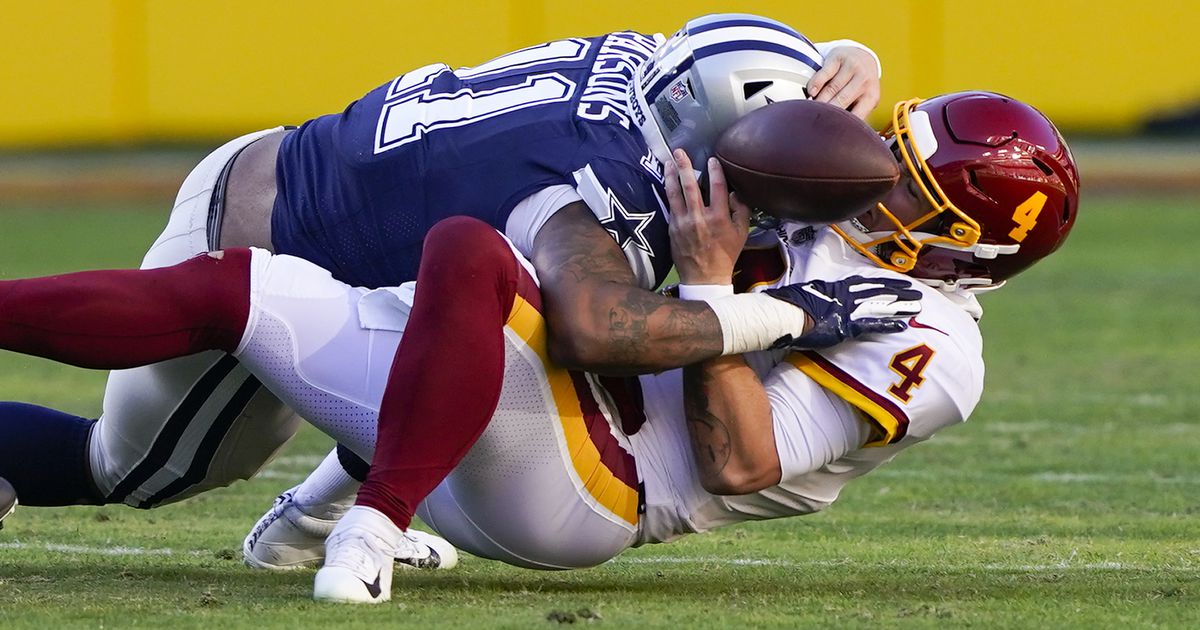 Micah Parsons has become the most dominant player for the Dallas Cowboys who took a definitive step towards the playoffs on Sunday after beating Washington 27-20 at FedEx Field.

The rookie Dallas linebacker added two sacks by quarterback to reach a total of 12 for the season and also provided a fumble that translated into seven points for his squad.

Parsons was the Cowboys’ first pick in the last draft and in his inaugural season as a professional he is already considered one of the most dominant defenders in the NFL.

His speed, strength and sagacity make him the terror of rival quarterbacks.

Before the end of the first quarter of Sunday’s game, Washington was already 11-0 down on the scoreboard so on fourth down and three yards to go, being at the Dallas 47, the home team decided to go looking for the first and ten instead of a punt.

That was the moment Parsons sprang into action to rack up his first quarterback sack of the game by mercilessly hitting Taylor Heinicke, who dropped the ball on impact.

The ball was recovered by Dallas defensive end Dorance Armstrong, who ran 37 yards across the end zone to make the game 18-0 in favor of the Cowboys.

In the second quarter, Parsons shook Heinicke again for his second sack of the game.

Although he has only appeared in 13 NFL games, Parsons is already compared to defensive players who are in the Hall of Fame like Lawrence Taylor, the legendary linebacker for the New York Giants.

The comparison is not exaggerated if the following statistics are taken into account:

– Parsons has a sack or more in six straight games. Only the Titans’ Jevon Kearse, with eight straight games adding one or more sacks in 1999, has a longer streak among rookies since 1982, the year individual sacks began to be counted.

– Parsons has one sack or more in six straight games, the longest streak for a Cowboys rookie since at least 1982.

– Parsons has outscored Jimmie Jones in the most games with more than two sacks among Dallas rookies since 1982.

“I’ve always been very competitive,” Parsons said after the game in Washington.

“As a child, my brother and sister always wanted to win me in everything and from then on I developed my competitive spirit, I always want to win,” he said.

The Cowboys’ efficient defensive display helped the offense do its job in Washington.

On the ground, the Cowboys did not have the presence of running back Tony Pollard, who is injured in the sole of his left foot.

With the victory, Dallas established itself in the leadership of the East Division of the National Conference by setting its season record of nine wins and four losses.

Micah Parsons, with two sacks by quarterback, guides the Cowboys win over Washington