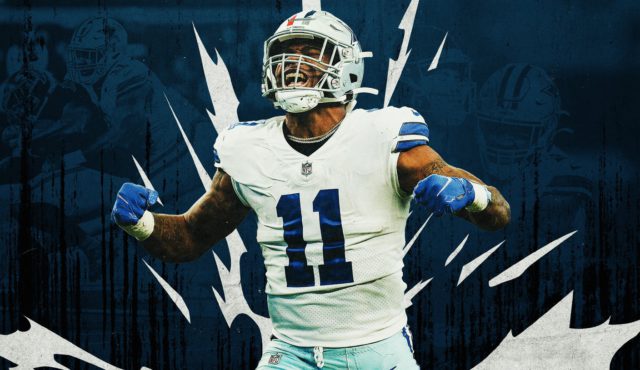 If there’s one player on the Dallas Cowboys who has become a fan favorite because of his performance, it’s Micah Parsons. The second-year pro linebacker has been a nightmare this season for the Quarterbacks and opposing offenses. Consequently, it must be said that he is already in the conversation to become the Defensive Player of the Year in the league.

Of course, we’re talking about a bigger award than Defensive Rookie of the Year that he got for his production in 2021. And while Parsons isn’t really looking for it, every week this season he has been consistent making plays and helping the team achieve the positive results.

According to ESPN’s Bill Barnwell, there are plenty of reasons to put Parsons up for the award. Staying on the same level as great league players like Nick Bosa of the 49ers and Patrick Surtain II of the Broncos. Based on his opinion, Bill states that aside from Aaron Donald, he doesn’t see another defensive player who scares opposing teams as much as Parsons.

And it is that seeing his numbers, there is no reason to leave him out of the competition. Already counting on eight captures and 14 blows to the Marshal, they place him as a leader in the league. Along with this, he already has nine tackles for losing yards to enemies, two fumbles and a 36-yard defensive touchdown that he made in Week 8 against the Bears.

Fact of the day: @MicahhParsons11 was a running back in high school. And you can tell from this touchdown return! 😤

But this is not all, his 36 pressures have made him the leader of this statistic in the entire NFL. And in what Bill says, the simple fact that Parsons gets closer to the edges makes him even more valuable in this respect than Donald. Who as a defensive tackle on the Rams, approaches down the middle of the line.

Many of the details that Barnwell commented on are correct. However, another great quality of Parsons is those spectacular plays that totally change the fate of a match. Like the tackle he made to the Lions’ Brock Wright, leaving him at the 1-yard line for opponents to score. Then, the cowboy defense would get the fumble and they would keep the ball at a critical moment in the last period of the clash.

And this is just a small example of what Parsons can do on the field of play. His powerful speed and competitive spirit set him apart from a lot of NFL players.

As an interesting side note, Patrick Surtain II was on Dallas’ radar during the 2021 Draft. However, the Broncos jumped ahead and took the cornerback just one number away from the Cowboys’ pick. Faced with this situation, Dallas made a trade with Philadelphia to drop two spots and eventually they would stay with Parsons at number 12. At the time it was a great unknown since the team needed a quality defensive back. Now Parsons is a name to be feared in the NFL, and the organization has absolutely no regrets about the decision they made.

Now what remains to be seen is Micah’s production in what will be the second half of the regular season. Which will kick off with the week 10 clash against the Green Bay Packers at Lambeau Field. Aaron Rodgers looked pretty consistent with three interceptions and a sack the week before against the Lions. So it will be a great opportunity for Parsons to increase his numbers. And continue in this fight to obtain the Defensive Player of the Year award in the NFL.

Micah Parsons, current favorite for the Defensive Player of the