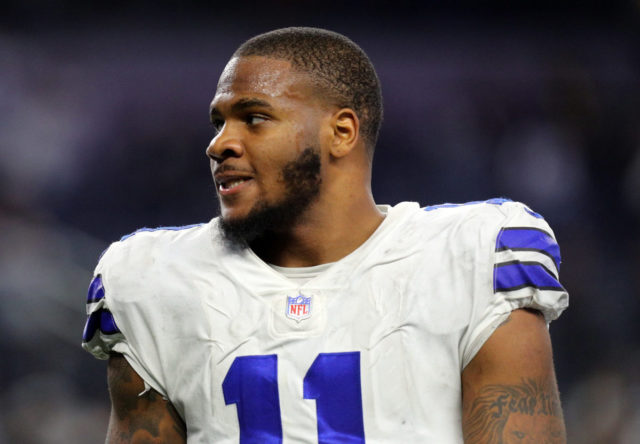 There is no doubt that expectations are high for Micah Parsons this year. After his great first season in the NFL. The linebacker is expected to top 2021 and be more dominant next season. And his performance in Cowboys practice has fans rubbing their hands together.

A clear example of this is his most recent viral play in training. In team drills last Tuesday, Parsons had no problem getting past veteran tackle Tyron Smith to get to quarterback Dak Prescott. Although sacks are not allowed in training, this would count as one.

This video from @chacoon7 of Micah Parsons beating Tyron Smith is insane.

When you slow it down just a bit and zoom in it is even more wild. pic.twitter.com/fH4rU886h2

Let’s remember that Tyron Smith, despite his problems with injuries, is still considered one of the best offensive tackles in the NFL. So the fact that Parsons was able to get past him with little difficulty speaks volumes about the young linebacker’s potential.

Of course, the linebacker didn’t go unnoticed at Wednesday’s practice in Frisco, either. In it, Parsons almost had an interception during team drills. This was reported by Patrik Walker, a reporter for the Cowboys’ official website. Unfortunately there is no recording of that particular play.

Micah Parsons with the amazing tip drill INT just now (flag on the field so not sure if it would stand but still … he looked like a cornerback going completely horizontal for that one).

What can’t the lion do? #Cowboys

But this has not been all. During training camp in Oxnard, Parsons also went viral by easily outplaying tackle Terence Steele during team drills on more than one occasion. In addition, the linebacker was also very dominant during the joint practices that the cowboy team had with the Broncos and the Chargers in recent weeks.

Micah Parsons getting home on the blitz in team drills on@nflnetwork pic.twitter.com/lla9SlhsaW

Now, Micah Parsons’ performance isn’t the only thing impressing Dallas fans. In his statements to the press, the Penn State product is making it clear that he fully understands his role within the Cowboys’ defense.

“When I’m spying on the quarterback, rushing the passer, doing coverage, I have to be the person in that position for this team.”Parsons said last week after the first joint practice with the Chargers. “It’s not just about me. There are ten more guys on the field to help me do what I need to do, and they push me every day. I just own my role every day, and I have to do the best I can with that role.”

Of course, something that Parsons also maintains is its voracity, its competitiveness and its “lion mentality”..

“Always go, even when it doesn’t work out for you”Parsons said. “You’re not always going to get the first gazelle. Sometimes it is the third. You have to keep hunting.”.

“Always go—even when it don’t go your way,” the reigning DROY said. “Cause you’re not going to get the first gazelle. Sometimes it’s the third. And you’ve got to keep hunting.” pic.twitter.com/DbOp5EmAEW

It is worth remembering that Micah Parsons left these records in the 2021 regular season: 84 combined tackles, 20 tackles for loss of yards, 30 hits to the quarterback, 13 sacks, 67 pressures, three passes defensed and three forced fumbles. This performance earned him the Defensive Rookie of the Year award, in addition to his selections for the Pro Bowl and the All-Pro first team, among other distinctions in the world of the NFL.

Now, the Penn State product is focused on outperforming his rookie year. In fact, among his goals is breaking the record for sacks in a regular season and winning the Defensive Player of the Year award. And, of course, taking Dallas to a Super Bowl and winning it.

For now, we’ll have to wait until the start of the regular season to see Micah Parsons back in action. The linebacker is not scheduled to play this Friday against the Seahawks in the Cowboys’ final preseason game. Either way, expectations remain high, and Parsons is keen to meet them.