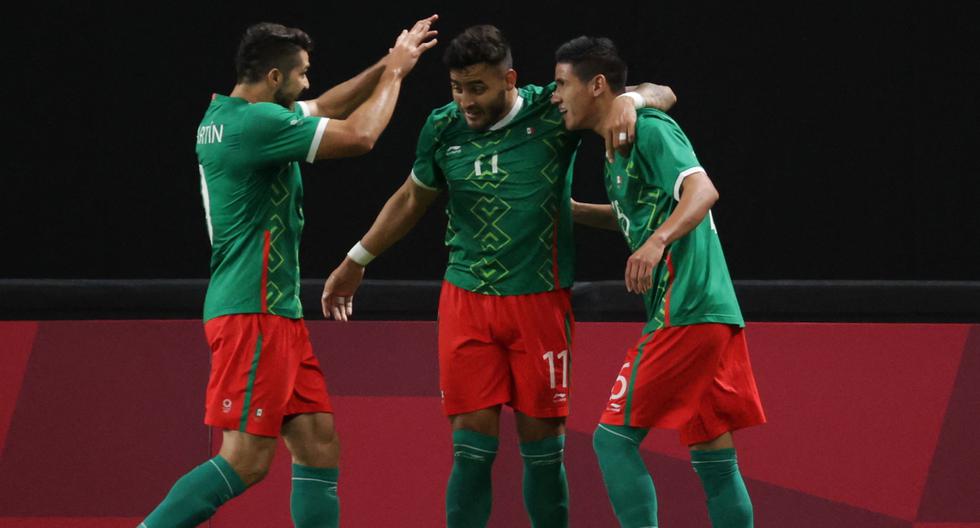 The Mexican team defeated South Africa 3-0 on the third day of the group stage of the men’s soccer tournament of the Tokyo Olympics and qualified for the quarterfinals, in which they will face South Korea. Those led by Jaime Lozano took the initiative in the first minutes, while the South Africans hoped to recover the ball to attack on the wings with their wingers, Kobamelo Kodisang on the left and Luther Singh on the right.

At minute 18, Henry Martín opened the ball on the right for Uriel Antuna, who sent a cross into the small area and there Alexis Vega, the Chivas de Guadalajara striker, finished off alone to give the Mexicans 1-0.

Luis Romo warned again in the 38th minute, crashing a header on the crossbar after a great cross from Antuna, who so far was one of the most outstanding players of the match. On the rebound, Vega shot from the right, but goalkeeper Williams managed to deflect it towards the corner kick.

In the last minute of regulation time in the first half, Luis Romo took advantage of a ball left by Luke Fleurs inside the area to shoot at goal and after the rebound in goalkeeper Williams, he sent the ball to the back of the goal. 2-0 and the tranquility for ‘El Tri’ that went to rest with the classification in the pocket.

Already in the second half, the game began to have more friction and South Africa tried to create options through the physical game and the centers to the Mexico area. At minute 58, defender Repo Malepe saw the red card after a hard tackle on Henry Martín, a move that had to be reviewed by the VAR.

In the 60th minute, Martín had his revenge and after recovering the ball near the South African area, he made a wall with Carlos Rodríguez and scored the third goal of his team.

Another expulsion occurred at minute 66. Carlos Rodríguez, as a last resort, knocked down a rival striker and New Zealand referee Matthew Conger did not hesitate to get the red card, which balanced the forces at least of troops on the grass.

With the result in their favor and the classification sealed, the Mexicans tried to manage the match and their coach Jaime Lozano decided to make five changes between minute 71 and 77 to give rest to his usual players and prevent another of his players from risking his presence in the next round.

The rest of the match was a procedure for the Mexican tricolor, Olympic champion in London 2012, who with this victory reached six points that placed him as second in the group and thus advanced to the quarterfinals, in which he will face South Korea this Saturday.

Mexico vs. South Africa: the goals 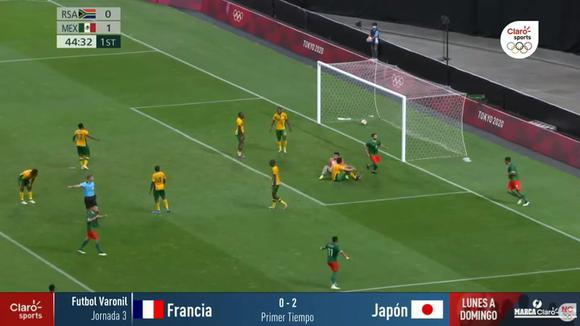 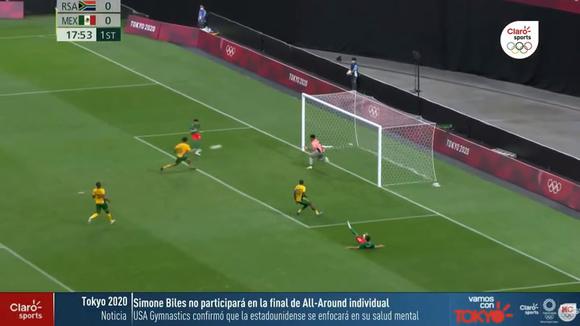 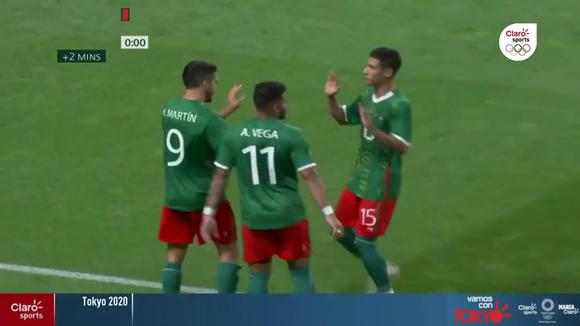 The preview of the match

South Africa closes, which had been affected by some cases of covid-19 within the squad days before the start on July 22, without units but with some chance of being one of the two qualifiers in the key, although depending on a victory by two goals and a French fall in Yokohama.

Jaime Lozano’s team had started the tournament with a resounding 4-1 win against France, one of the contenders for the medal that Brazil won in Rio-2016.

However, the Japanese lowered the spirits of the Tri Olímpico with a clear and fair victory, which they never saw jeopardized despite the narrow margin of the final score (2-1).

South Africa’s Under-23s had participated in men’s football for the only time in Sydney-2000, a date in which they could not make it out of the group stage alive. This time it also seems difficult for him to achieve it, since he needs to beat Mexico by at least two goals and, at the same time, for France to lose.