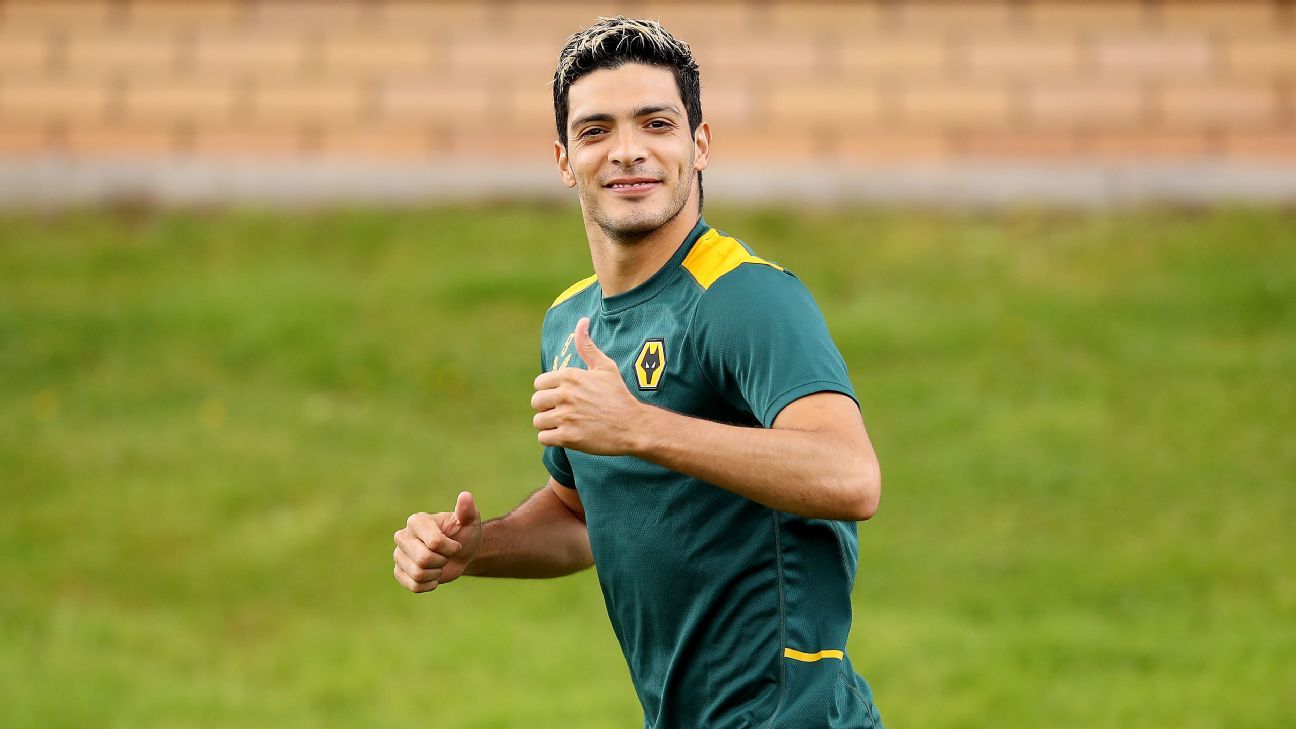 This is how the projections of the Mexicans and their respective teams for this season in Europe look.

The main leagues in Europe will be launched this weekend and with it the activity of the Mexicans who are active in the Old Continent; however, not everyone has the same chance of success as the rest, and many will barely live their first seasons in more competitive leagues.

That is why in ESPN Digital We leave you the forecasts of the clubs where Mexicans participate and the aspirations that this new campaign has, either for the positions of European positions or to even be champion.

According to ESPN Football Index (EFI), the team directed by Bruno Lage is scheduled to finish in 13th place in the general classification of the Premier League. Faced with this situation, the table of Wolves he would stay a long way from the European qualifying sites and not even think about the title, so he could appeal to the FA Cup to enter Europe in the following season.

According to the projection, Raul Jimenez and the Wolves will finish the year with 46 points, behind teams like Everton, Leeds United and Aston Villa. In addition, they have only a 5% chance of classifying UEFA champions league, but 15% to descend.

The ‘Chucky’ and his team have everything to finish in fourth place and in positions of UEFA champions league, according to the EFI forecast. The Neapolitan team will finish with 69 units, according to the projection, below Atalanta, Juventus and Inter Milan.

However, the chances of finishing in European positions are high, as it has a 52% chance of entering the best club tournament in Europe and a 12% chance of winning the league.

The central defender finally left Liga MX to join the Italian club that has a difficult outlook this year, according to the EFI. According to the projections, Genoa it will end at site 15 and just two steps up through the places of descent.

With 42 units projected, it looks difficult for them to fight for European sites and to get close to the first places of the A series.

The ‘Machín’ and his team are here to replicate the championship in the Eredivisie according to the EFI. The Amsterdam team is a wide favorite to be crowned in Dutch football and far surpass their closest competitor, PSV.

With this, they would add 81 units and secure the championship and place in Champions League, which would give greater recognition to the work of the Mexican midfielder.

The situation for ‘Guti’ would be more complex than Edson’s, since the EFI puts them in second place of the Eredivise with 66 units, and although it would not go directly to UEFA champions league, you have the opportunity to fight for a place in the ranking of the same competition.

After being the brand new champions of The leagueIt is difficult for them to win the two-time championship, at least that is how the EFI portrays it, who puts them in third place in the general table with 72 units, below Real Madrid and Barcelona.

Meanwhile, the ‘Zorro’ would directly classify UEFA champions league due to his third place with 63% chances to qualify and a slight 5% percent to be champion of the Spanish title.

The Mexicans of the Heliopolitan cadre will enter the UEFA Europa League according to the seventh place they have projected in the general classification thanks to the 54 units that they would add this year.

In addition, they have 16% options to enter UEFA champions leagueAlthough it looks complicated, his best option is to fight for the alternate club competition in the Old Continent.

The Spanish team will not have as bad a time as the last two tournaments, and it is that they will finish in ninth position and away from the relegation places, the same that they lived closely two seasons ago when they played their permanence until the last date.

The 51 projected units will help them to continue in the top category by being in the middle of the table, in addition to positioning them higher and higher than a few years ago.

The national striker and his team will finish in 10th place in the general table of The league with 50 units. Although they will be far from the title, they will also do it for European positions, but they will retain the category, which is one of the most important fights.

Although ‘Tecatito’ still belongs to Porto, reports from Portugal confirm that he will be a new player of the Seville and it is a matter of time for the clubs to make the transfer official. In case of landing with the Spanish team, they will finish in fourth position, only behind Atletico de Madrid, Real Madrid and Barcelona.

Also, they will have no problem entering the UEFA champions league, but they will complicate the tournament of the big three in Spain.

For his part, Porto, which has already started its competition in the Primeira Liga, is a favorite by one point to win the title, since it has projected 75 units, by 74 from Benfica. This also ensures them a place in the Champions League.

In Belgium, the situation looks good for their team, and it is that they have projected second position in the general table behind Bruges to be champions of the Jupiler League. In addition, they have a 54% chance of classifying the UEFA champions league, two points just down from Brujas.