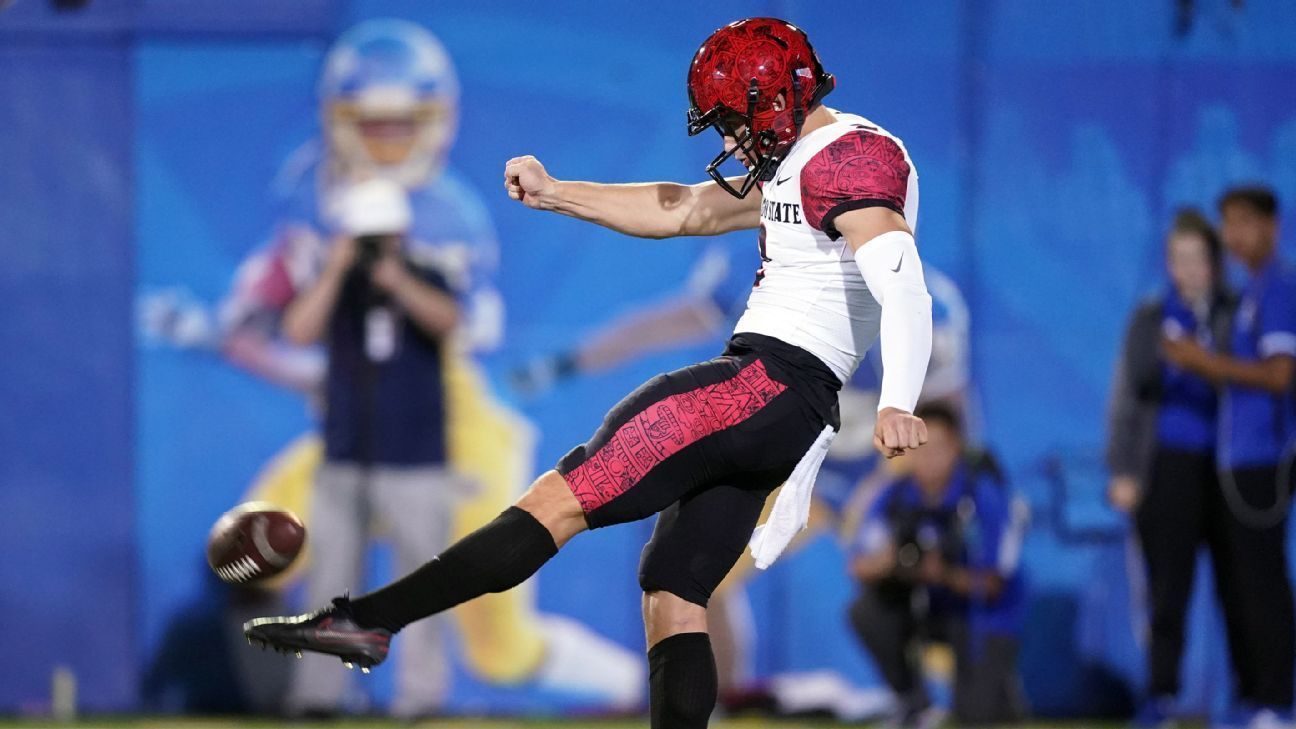 Buffalo took the San Diego State graduate, considered the best player at his position, at the start of the sixth round of the 2022 Draft

The buffalo bills they will have a Mexican presence in their squad this season.

buffalo recruited the punter this Saturday Mexican matt araizagraduated from San Diego Statewith the first pick in the sixth round, the No. 180 overallof the Draft 2022 of the NFL.

Araizafather’s son Mexicancan play as a place kicker and punter, although this last position was where he shone in 2021 with the aztecs.

In his three seasons in San Diego State, Araiza6-foot-1 and 200 pounds, converted 96 of 97 extra point attempts, also connected 50 of his 68 field goal attempts, however, in his last season he had 79 punts for 4,044 yards, earning the Ray Guy Award for the best punter in the nation, was also voted unanimously to the All-American team, was the Mountain West Special Teams Player of the Year and was also named to the first team All-MWC .

Araiza He was the fifth player drafted by the Bills in it Draft 2022who chose Florida cornerback Kaiir Elam in the first round.

In the second round the Bills they bet on Georgia running back James Cook. For the third round, the Bills they took Baylor inside linebacker Terrel Bernard at No. 25.

On the last day of the draft, buffalo they took Boise State wide receiver Khalil Shakir in the fifth round at No. 5 and in the sixth round, with their second pick at No. 6, they took Villanova cornerback Christian Benford.

The Bills they also return in the 31st pick of the sixth round and close their participation in the draft in the 10th pick of the seventh round.

Mexican punter Matt Araiza found a home with the Bills