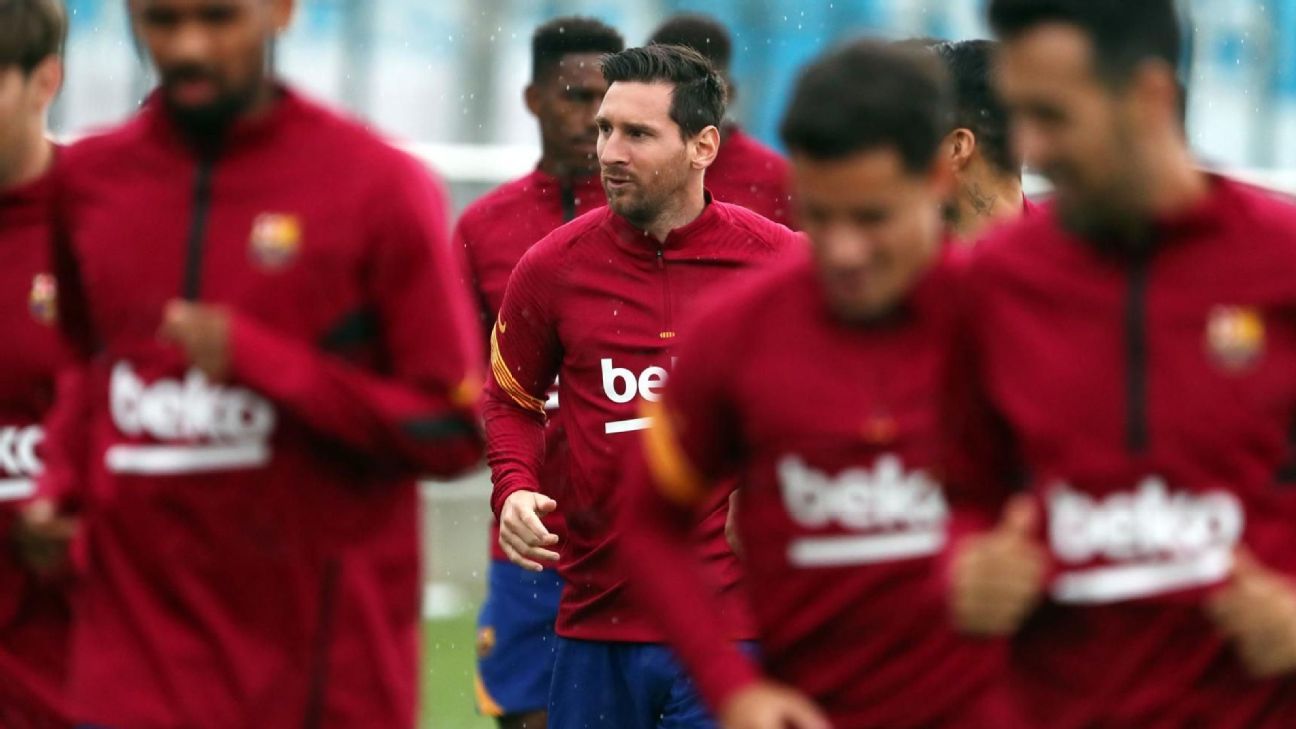 BARCELONA – Leo Messi He should join Barcelona’s preseason on Monday, once the three weeks of vacation agreed between the club and its players have elapsed … But he will not do so, pending the official signing of his new contract. And he will continue to be on the sidelines, he was able to know ESPN Deportes from different sources, until this circumstance does not occur, although time is beginning to press at the Camp Nou.

Barça will make their debut in the League on Sunday, August 15, at home, against Real Sociedad and two days before, on Friday, the 13th, they have to deliver to LaLiga the list of players registered in their squad. During these eleven days he must specify the essential salary cut to register the Argentine striker. And always taking into account the need for Leo to carry out a minimum preseason to achieve the necessary physical tone.

Sergio Agüero and Emerson Royal were the last two to start their preseason, with the Brazilian advancing the established date by two days and the Argentine by three, and in this way the Barça squad only needs to know the return date of Òscar Mingueza, Eric García and Pedri González, concentrated with the Spanish team that will play the semi-finals of the Olympic tournament against Japan on Tuesday, without the contest of the injured Mingueza, and whose reincorporation to the Barça discipline will be delayed, at least, until the last week of August, with the official season already underway …

Among all this, and taking in the foreground the exit operation in which the Barça club is working, the necessary financial reserve is still waiting to sentence the new contract of the Argentine star, who remains on vacation and awaits while within the club has imposed a rigorous silence when referring to the case, conveying the message that there will be no communication until it can be concluded.

After two long months of waiting and having put on the stage different dates on which the signing could become a reality, Barcelona is already fleeing speculation. “Everything is progressing adequately,” Joan Laporta said and repeated last week, upon his return from Germany, taking great care to impose more deadlines.

If it was no longer possible to celebrate the news coinciding with Messi’s birthday, on June 24, nor with the president’s own, five days later, nor with the celebration of the members’ assembly on the fourth of July, with the passing of the weeks, the utmost caution has been imposed. It was speculated that without signing Leo could exercise from this Monday in the facilities of the Sports City, an option that was discarded, and another possibility that would be established this week, before the Sunday in which Barça will play the Joan Gamper trophy in the Johan Cruyff stadium in front of Cristiano Ronaldo’s Juventus.

Twelve days remain for the Barça club to shape its final squad. Or, at least, to sentence the necessary outputs with the names of Pjanic, Umtiti and Braithwaite in the foreground.

On Sunday Alex Collado left the German concentration to close his loan to Bruges in Belgium and in the next few days he hopes to unravel the return of Miralem Pjanic to Calcio. The solution with Umtiti seems less close and that of the Danish striker, who received a very clear signal from the club, and Ronald Koeman, as they did not have minutes in the friendly against Stuttgart, remains in the plane.

Among them, three and the discounts that are already being negotiated with the agents of Piqué, Busquets, Jordi Alba and Sergi Roberto, Barcelona trusts to accommodate Messi’s contract … Although, for the moment, the definitive solution has not been found for two weeks. from the league debut the urgency begins to be true. Such as the silence that has been imposed at the Camp Nou.