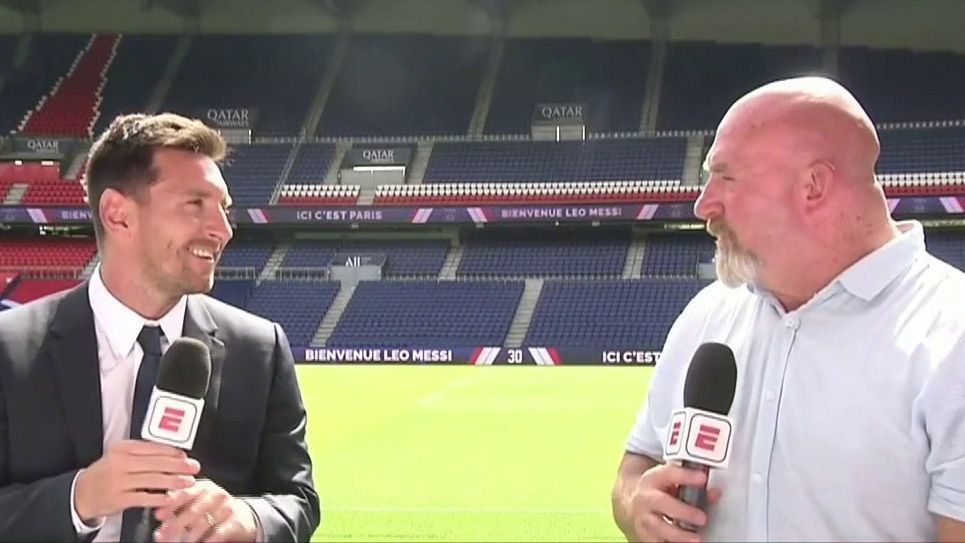 Lionel Messi was officially presented this Wednesday as a reinforcement of Paris Saint-Germain and gave a press conference to the world. At the end, he greeted the fans who were waiting for him outside the Park of the Princes and spoke with some media.

In a one-on-one dialogue with ESPN, Leo referred to his forced farewell to Barcelona and admitted that he still has not digested what happened: “First they were difficult days, then I was nervous because of the desire to start. Later when everything was given and we reached a final agreement, things changed, I still do not overcome the above but I am moving forward.”

“The blow was hard for the whole family,” he confessed to Christian Martin, but later stressed that his family was enthusiastic about the idea of ​​living a new experience in Paris. “Antonela accompanies me wherever, from the first moment she supported me. The kids liked thinking about the Tower, about Disney. On a personal level, it’s a dressing room that I know, so you see a very healthy group from the outside. Argentine coaching staff … it was not going to be better anywhere else. The objective of the Champions League would be extraordinary. “

In addition, La Pulga announced: “I start training tomorrow (Thursday). My family returns to Barcelona to accommodate everything. I don’t know when I’m going to play, I’m coming from vacation but when I’m ready I’ll start. Talk to Fideo (Di María), Lean ( Paredes) and Neymar about where to live and where children can go to school “.

And he closed: “Everything I have been experiencing since I arrived in Paris is incredible. All this affection is impressive. It is my first experience in a club outside of Barcelona. After a hard blow we are happy again.”

THE BEST PHRASES FROM THE LIONEL MESSI PRESS CONFERENCE

The change in life that it means to Lionel after leaving his life in Barcelona and moving it to Paris.

The Argentine and his feelings after arriving at PSG.

The Argentine star spoke hand in hand with Christian Martin and told how he lived his last week.

The brand new PSG signing spoke on SportsCenter and explained how he prepared his schedule.

Lionel spoke hand-in-hand with ESPN in his official presentation with PSG and burst out laughing alongside Christian Martin.