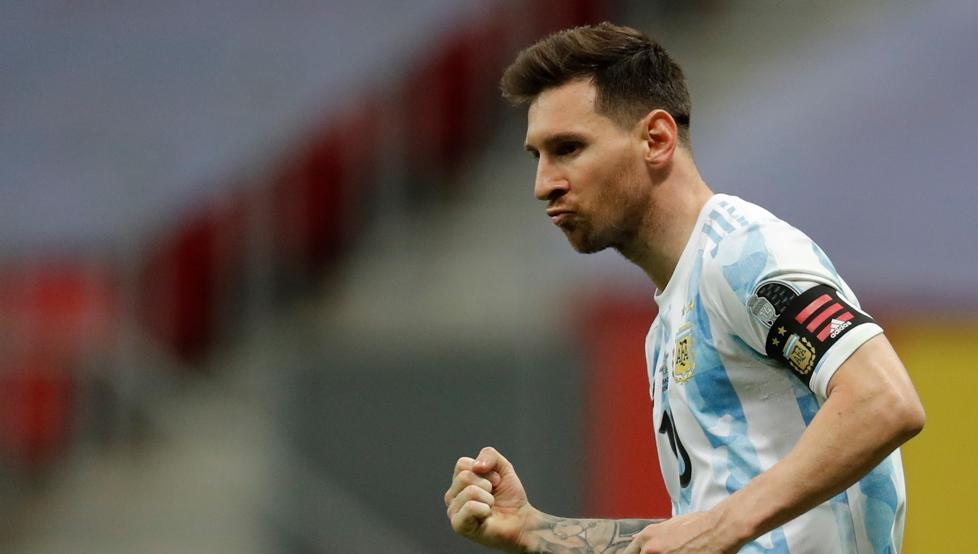 The blood on his left ankle from the hard kick of Frank Fabra it was already an anecdote, a valid color data to reflect how much Lionel messi was beaten and struggled dreaming of leading to the final against Brazil, in the Maracana …

There had also been a game that showed the genius very well in his birth (with assistance included in the goal of Lautaro
Martinez) and in the epilogue, also feeling the wear and tear. Gone was the series of penalties, with its perfect execution and living it intensely, even shouting “Dance now, dance now” to Yerry
Mine, his former partner from Barcelona, barely Emiliano
Martinez he stopped his shot. The moment of the celebration of the classification had also passed with a shout, a song, a hug …

All that had happened when the 10th, before going into the dressing room, found a space for reflection and analysis of a hyper complicated game: “It was tough, we deserved it. At times it became difficult. They got the ball from us. They were coming ”.

There were words from the Argentine captain for the hero, for Emiliano Martínez, for the key goalkeeper in the series, saving three penalties: “It is a phenomenon. He deserves it. We knew he was going to tackle more than one. We trust him a lot ”.

Neymar, with his public desire to play the final with Argentina and his forecast of Brazil champion, they were also the subject of Leo: “We are both in the final. Neymar He said it because we are friends. It is the final that we all expected, it is Argentina – Brazil. It’s going to be very close, complicated ”.

Messi He remarked: “We achieved the first objective, which was to play the final, every game. We are more excited than ever ”. And he highlighted: “In the last Copa América the group had become strong and had left a good image. This time we went from least to greatest ”.

It shows that Leo is happy: “I am enjoying a lot all these days. Some kids have been parents being in here, focused. It is a great sacrifice of all for this objective ”. And he repeated that phrase that synthesizes the obsession: “I want to win something with the national team.”

Missing, of course, the posting on Instagram of a photo with Emiliano
Martinez and another message: “Proud and happy to belong to this group !!! One more goal accomplished … Thank you God for continuing to give me these moments. We go for the glory. Draw, without words, you deserve it BEAST !!! ”.

Here you can see the summary of the Argentina-Colombia match